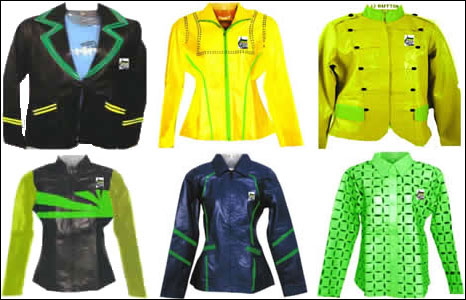 South Africa National Congress just launched a line of leather jackets meant to inspire a sense of identity among South Africans.  The verdict? A mixed review from the design community. “I wouldn’t be caught dead in them, it all just looks like patchwork,” said Designer Thula Sindi to BBC regarding the jackets. “They failed to use colour wisely…this makes the jackets look like they are made from cheap fabric,” explains fashion writer Bongiwe Khumalo.

The jackets are made in Durban and the least-expensive one costs 1,620 rand or $217.

Read the full story on BBC.co.uk