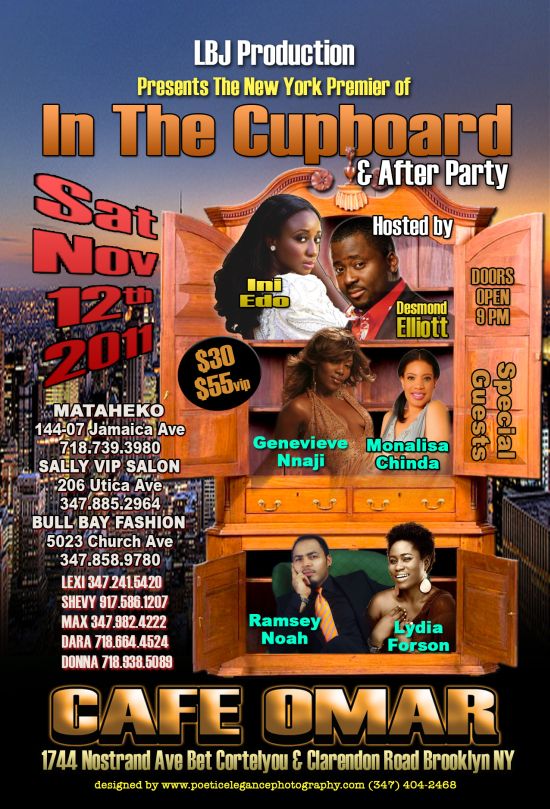 “A film is – or should be – more like music than like fiction. It should be a progression of moods and feelings. The theme, what’s behind the emotion, the meaning, all that comes later. ” -Stanley Kubrick-

LBJ Productions will present the New York Premiere of “In The Cupboard” on November 12, 2011 at Café Omar in Flatbush, Brooklyn.