The Kinabuti “In Our Ghetto” Moving Exhibition is a multimedia platform bringing a message of positivity and show beauty in all condition telling rich stories of triumph from the vibrant ghettoes of the Niger Delta. The “In Our Ghetto” exhibition which featured the documentary, by London-based Swedish film-maker Marcus Werner-Hed, and the photo exhibition, by renowned Italian photographer Massimo Sciacca, presents a fascinating insight into the creative potential of Nigeria using fashion as the vehicle of bringing the message of positivity, untapped potentials and beauty in all conditions from Nigeria to the world.

Hosted in Venice at the 13th edition of Circuito Off, the shorts corner of the Venice International Film Festival. The film, and its message of female empowerment and community development, warmly received by the public. Mara Sartore, Creative Director of the Festival, which transformed a Medieval Venice Monastery into a creative incubator of art, cinema, fashion and architecture, presented the project saying “I believe emerging talents distinguish themselves from the others for the passion and enthusiasm they put on their work and the capacity of learning from their own mistakes. I believe talent is a necessary starting point in order to emerge, obviously accompanied by perseverance and ambition. I believe in the work of Kinabuti and in their vision and it is for this reason that Circuito Off decided to invite them here to show their movie in our platform”.

At the just concluded screening, E. Maria Torboli, Publisher of Cosmopolitan Italia, commented, “Beautiful story and noble project, I wish Kinabuti all the best.” The film by Marcus Werner Hed, shows the making of ‘‘In Our Ghetto” project, following the lives and work of three of the Kinabuti “In Our Ghetto” girls, young women from the ghettos that thanks to the accurate trainings and coaching become models. The film documents the transformation of the girls as they move from their challenging backgrounds to follow their dreams in the fashion industry.

The photo exhibition by Massimo Sciacca, the official photographer of the project, features images of the backstage of the making of ‘‘In Our Ghetto” project and the unconventional photo shots of the Kinabuti look-books where the models are posing in the beautiful reality of the Niger Delta ghettos, markets and streets.

The Moving Expo is travelling the world making stops at:
o Vernissage and High class World Premiere, Lagos Silverbird Galleria and Nimbus Art Gallery, March 2012
o Moving Expo at Le Meriedien Hotel, Port Harcourt, April 2012
o Opening Movie at the Africa Wold Documentary Film Festival, University of Ile-Ife, Nigeria, May 2012
o Community screenings were organized in the Port Harcourt Waterfronts areas with logistical support from Amnesty International. The screenings, scheduled from April to December 2012, have the aim of emancipate the people offering a sense of participation and accomplishment
o 5th Samsung Women International Film Festival, Chennai, India, 20th July 2012
o The movie was presented and reputedly screened during the special fashion night at Circuito Off, the short corner of the Venice International Film Festival (Italy), 30th of August 2012
o The Moving Expo in Abuja will be hosted at the Italian Ambassador’s Private Residence. Together with the artistic picture, the Documentary will be screened and, thanks to the special presence of the Kinabuti Girls, guests will enjoy their performance on a Fashion Show presenting the latest Kinabuti collection.
o Festival del Cinema Africano of Verona (African Film Festival, Italy) later in November

The film has been, together with the message of female empowerment and community development, positively received by the public. Youngsters, women and general audience have associated with the vision that everything in life is possible with hard work and believing in dreams.

After the screening at the Film Festivals internationally, the movie will be shown in Africa Magic and Silverbird TV by the end of the year. International broadcasting is presently in discussion for next year.

Kinabuti Fashion Initiative, through the “In Our Ghetto” Moving Exhibition seeks to create smart partnerships with schools, institutions and associations to assist in the development of local content in the fashion industry in Nigeria and move to the next step: BUILDING CAPACITY. 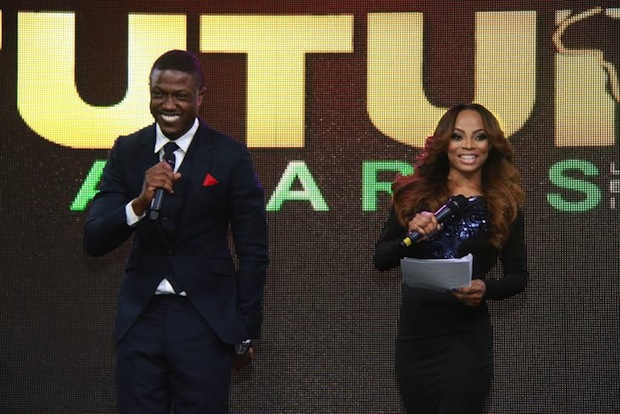