Two designers, Duro Olowu and Mathew Williamson, with their Afri-chic collection, emerged as our favorites from the recently completed London Fashion Week.
Duro Olowu: You would have to be under a rock not to know London’s fashion designer Duro Olowu. Former lawyer turned designer, Olowu is half Nigerian and Jamaican. His breakthrough came when Vogue’s Sally Singer and Barney’s Julie Gilhart became fans of his empire waist kimono styled print dresses that are now his trademark. Olowu, within a year of bursting onto the fashion scene, showed his autumn/winter 2006-7 collection in Paris. For Spring 2008, Olowu, inspired by the vibrant colors of India, still gave a very cool African take to his collection from little design details to his colorful prints.
Here are some of our favorites: 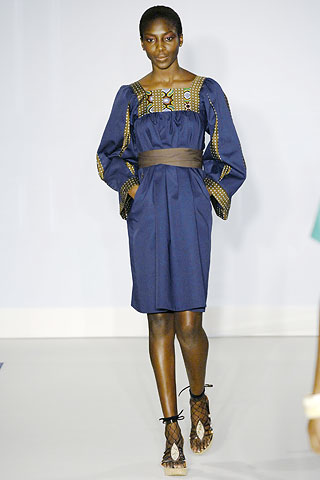 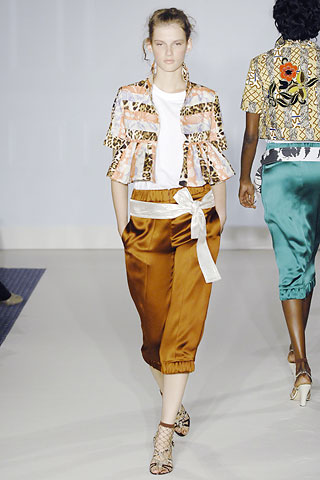 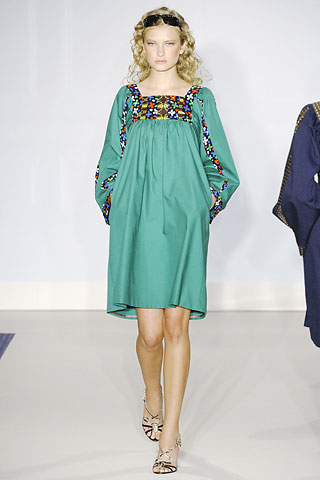 Mathew Williamson is famous for his love and use of colors. Inspired by the “batik from Africa and the beading from the Masai tribe” plus we think a recent acquisition of the brand by TSM, Williamson for Spring 2008, showed beautiful fluid dresses, with African as well as Native American prints,that oozed super natural, sexy and easy glam. Here are some of our favorites: 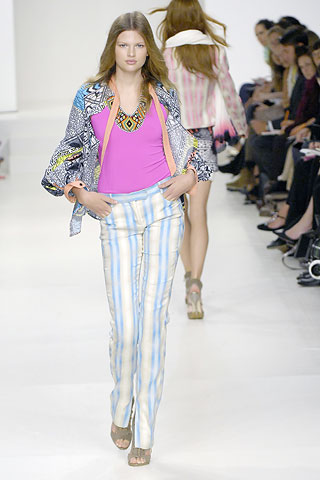 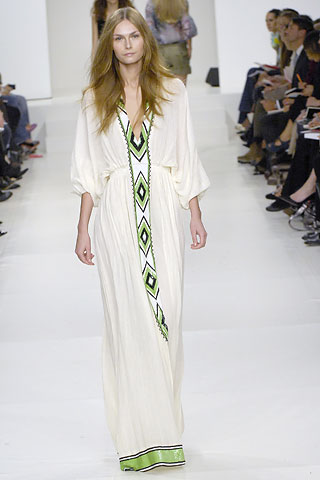 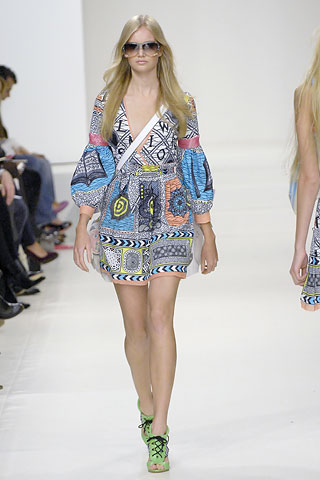 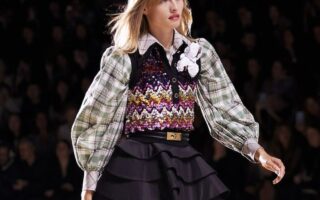