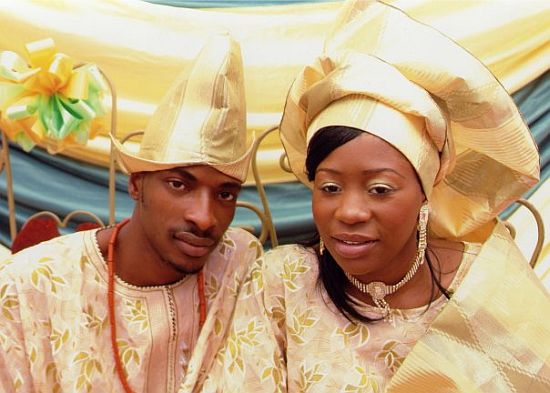 Very often celebrities (celebs) ask the media to afford them privacy so they can lead as normal a life as they can. But, equally as often, these celebs also entice and solicit media attention, through their actions, which undermines the very “privacy” they claim they seek. These days, the public, unfortunately, has become accustomed to news of divorce among celebrities however shocking they may seem so I am not per se surprised with the news.

Relationships are such a challenge and in the entertainment world, it gets even more challenging given the tremendous strain an entertainment career puts on a couple (performances, marketing and promotions i.e. tours, media interviews/rounds, groupies etc.). We have so many examples in Hollywood to look at so I need not break this down. What is unexpected and surprising, for me,  is what I consider a premature press release to the media by 9ice and Toni Payne announcing their separation and in the same breathe asking for “privacy.”

The separation is newsworthy, attracts gossip, buzz, scrutiny etc. They are a high profile couple that are constantly in the limelight. In addition, it was only on July 17th, 2008 that they tied the knot and millions saw their union as one to exemplify. Accordingly, if they indeed sought privacy, then the most logical thing to do, as many Hollywood celebrities have done, is to wait and be sure they are at an impasse i.e. filing for divorce before inviting the public and media into their private lives. Separation by its definition means we can still work it out, not so?

The separation announcement, in my opinion, is too premature and invites the whole world to dabble in their relationship. It is like putting a delicious meal in front of a child and saying, don’t eat. That would be very hard to do.

The couple could have waited and be absolutely certain they can’t work things out before inviting the press and the public (150million in Nigeria) and millions more overseas to hear about their separation? Is an announcement of their separation a bit impulsive or is it a way to prepare the public and media for an inevitable divorce announcement? Either way, it makes it even harder to try to work things out when everyone wants to help “mind your business” for you.

Below are some of the facts that I have reviewed and still  I come to the conclusion that they could have kept their separation struggles private pending a resolution or filings for divorce if that is where they choose to go.

1. 9ice and Toni Payne met in 2006 in Nigeria
2. Toni Payne was based and still calls the USA her primary residence
3. 9ice was based and still calls Nigeria his primary residence
4. In 2006, Toni Payne operated Toni Payne Cosmetics and Nigeria Entertainment Online
5. Toni Payne, a self trained and skilled publicist, as of 2006 and onwards had managed to obtain numerous press reviews for her businesses.
6. 9ice was an artist whose work and name was unknown in mainstream Nigeria much less overseas
7. By August 2007 Toni Payne, through her company Nigeria Entertainment featured 9ice as an emerging artist.
8. By that same August 2007 and onwards, Toni Payne took on the role as 9ice’s Music manager.
9. Toni aggresively promoted 9ice online and offline as Nigeria’s next big music star to watch for
10. From August 2007 to July 17th, 2008, less than a year of meeting and forging a business relationship, the relationship between the two had evolved into a romantic one.
11. Between August 2007 and July 17th, 2008 Toni Payne was pregnant with the couple’s first and only child
12. By July 17th, 2008 the couple tied the knot.
13. By December 2008 the couple had their child
14. Between December 2008 and during the duration of the marriage, the couple maintained homes in two different continents.
15. Within that time, with Payne’s aggressive promotional efforts, among the many key persons who helped 9ice with his caeer, 9ice’s career blew up. 9ice was the representative from Nigeria at Mandela’s 90th Birthday performing alongside the world’s celebrities. He also won numerous awards within and outside the USA and began pushing his newly established record label Alapomeji records.
16. By late 2008 into early 2009, Toni Payne had been replaced as 9ice’s manager.
17. The couple now announce separation.

Again, for a couple that seeks privacy and whose business and interpersonal relationships are that intertwined, it might have probably been better to wait, the way many Hollywood celebs do, and only make an annoucement of divorce publicly when you are sure it is over. Now, all is fair game for media and the public to meddle and “gbeborun” (gossip). . . then again, who knows with these things. *Sigh*

‘We are the World’ 57 You Tube Singers Beautiful Tribute