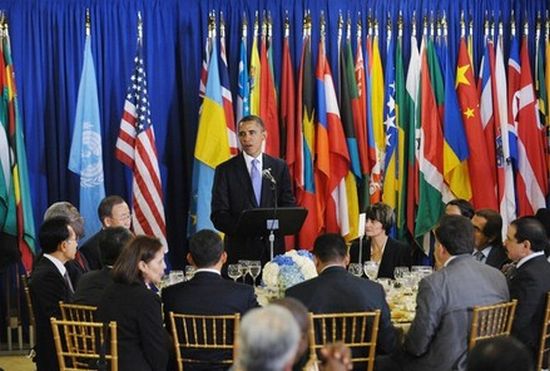 “This week, President Obama is in New York City for the United Nations General Assembly to meet with partners and address a range of issues with the international community, including open government.

At the U.N. General Assembly last year, President Obama called on nations to make, “specific commitments to promote transparency, to fight corruption, to energize civic engagement, and to leverage new technologies so we can strengthen the foundations of freedom in our own countries.” Today, the President outlined the progress that has already been made in response to his call to action:

And now we see governments around the world meeting this challenge, including many represented here today. Countries from Mexico to Turkey to Liberia have passed laws guaranteeing citizens the right to information. From Chile to Kenya to the Philippines, civil society groups are giving citizens new tools to report corruption. From Tanzania to Indonesia — and as I saw firsthand during my visit to India — rural villages are organizing and making their voices heard, and getting the public services that they need. Governments from Brazil to South Africa are putting more information online, helping people hold public officials accountable for how they spend taxpayer dollars.

Here in the United States, we’ve worked to make government more open and responsive than ever before. We’ve been promoting greater disclosure of government information, empowering citizens with new ways to participate in their democracy. We are releasing more data in usable forms on health and safety and the environment, because information is power, and helping people make informed decisions and entrepreneurs turn data into new products, they create new jobs. We’re also soliciting the best ideas from our people in how to make government work better. And around the world, we’re standing up for freedom to access information, including a free and open Internet. . . ”

Notes2Note: Different Languages and Tribes, ONE Nigeria. Rooftop Mcs Share their Love for the ₦50 Note