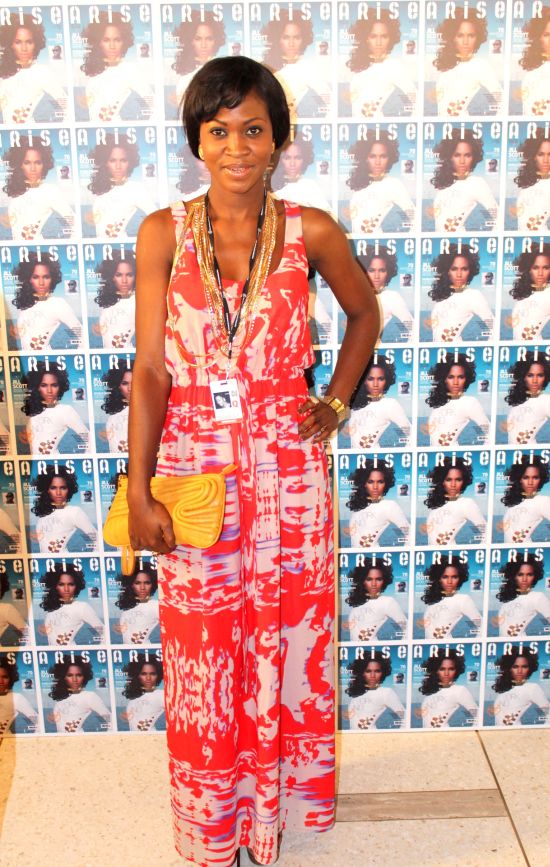 September 8-15, 2011 – With its epicenter at the Lincoln Center, the Mercedes-Benz Fashion Week radiated through New York City with over 90 top designers from around the world who showcased their Spring 2012 collections to thousands of fashion enthusiast. Ladybrille Magazine attended a couple of shows including Farah Ansagna – whose Spring 2012 is inspired by the enchanting beauty of the Orient, IMPROVD by Valentino Vettori – a collection designed for the gutsy, unconventional, and mildly gothic fashionista, Korto Momolu – whose designs are always memorable, and the grand Made in Africa Fashion Show by Arise Magazine. This review focuses on some of the African designers who presented at the just concluded week of glamorous fashion shows,  as we continue to celebrate the continuous growth of African designers in global fashion.

Before we turn the spot-light on African designers, here’s a highlight on what you should expect to see in stores next spring. Based on observations and interactions with fellow fashion insiders, the general consensus is that Spring 2012 MBFW was everything fashion lovers expected and a little more! There were lots of exciting new trends on the runways accompanied by the usual classics. The outstanding trends for next Spring range from fluid dresses that embrace feminine curves to metallic fabrics that simply spell confidence. We also noticed that a lot of designers kept things interesting by infusing some sportiness and color blocking themes in their designs. As usual, most designers played it safe and balanced their collections with classic prints and designs. The all-white design, animal prints and tropical prints, a must-have for the spring season, all made an unsurprising comeback.

Amongst African designers, print mixing was one of the most obvious trends. Designers combined bold, contrasting fabrics and delivered unique and wearable designs.

Korto Momolu
On Friday September 9th, Korto Momolu presented her Spring 2012 collection along with other emerging designers as part of the New York Fame Fashion Show held at the Metropolitan Pavilion. The New York Fame was founded by Melissa Brown “to provide opportunities for upcoming designers, musician and artists, while highlighting social good.” So this year, in commemoration with the 10th anniversary of the World Trade Center  bombing, NY Fame partnered with the Twin Towers Orphan Fund to raise money for children who were orphaned by the terrorist attacks on September 11, 2001. This year’s show was sponsored by Pepsi, Sprint, Azad Watches amongst other sponsors and hosted by Bianca Golden of America’s Next Top Model – Cycle 9.

It is always a great pleasure to witness the presentation of Momolu’s new collection as she consistenly delivers and her Spring 2012 collection was no exception. The collection comprised of a variety of ethereal dresses with feminine lines, baggy skirts and sexy blouses with bare backs. Momolu used silky plain fabrics and statement prints which incorporated a unique blend of cream, brown, black and burnt orange to develop a collection that caters to a wide range of personal styles. The silky look of the entire collection made it stand out with sophistication and glamour. Cole Stevens Salon and NIOXIN, the official hair design team for Momolu did a great job with the models’ hair. The hairstyles added an upscale appeal to complete each look featured on Momolu’s runway. We really hope buyers are paying attention to Korto Momolu as fans who have been following her since Project Runway days, many of whom were present, are eager to indulge in her creations.
Made in Africa Spring 2012 Designer Collective by Arise Magazine
On Thursday, September 15, 2011, Avery Fisher Hall at the Lincoln Center was the place to be as seven of the best fashion designers from Africa presented their Spring 2012 collections. Now in its third year at the Mercedes-Benz Fashion Week, the Arise fashion show has become a one-stop event where the world gets a peep into the rapidly emerging fashion scene in Africa. This year’s collective featured Asibelua, Tsemaye Binitie, Bunmi Koko, Lanre Da Silva Ajayi, Pierre-Antoine Vettorello, Jewel By Lisa and KLuK CGDT. Top African and American artistes and fashion experts including R. Kelly, Oluchi, Nole Marin, Ms. Jay of ANTM, Tyson Beckford amongst many others came out to support the show and after party.

The show was opened by media personality, Lola Ogunnaike and Ladybrille Woman of the Month January 2010, Saran Kaba Jones, founder of Face Africa. Ogunnaike nicknamed the collective as “water,” turning the spot light on one of Africa’s biggest problem.

Asibelua’s African Kaleidoscope (See Pictures here)
This show was Asibelua’s first fashion show since rebranding her high-end fashion, textile and lifestyle label and it was quite a memorable one. Asibelua kicked off the Arise show with a very unique blend of contemporary African designs. The central theme of Asibelua’s collection was the use of contrasting prints ranging from animal prints to tie & dye, unique traditional African wax and tartan prints. Somehow, as eclectic as the textures were, Asibelua was still able to achieve a coherent collection with pieces that are wearable with a tint high-fashion. The designs in this collection will be best appreciated by the woman who needs to add some flair and boldness to her wardrobe.

Tsemaye Binitie’s Beautiful People (See Pictures here)
Modern, clean, and classy are some of the words that describe the pieces presented in the Tsemaye Binitie Spring 2012 collection. The collection which is titled Beautiful People featured clean-cut dresses, pant suits, skirts and blouses. It is obvious that Tsemaye Binitie understands the needs of a contemporary woman as each piece was designed sexy enough to flaunt a woman’s curve, yet classy enough to maintain an air of glamour. Tseyame used light, airy silk, linen and cotton fabric to create colorful dresses and separates that are a welcomed addition to the wardrobe of the woman with great finesse.

Vibrant colors, unusual cuts, and an atypical combination of textiles ranging from chiffon to leather are what make Bunmi Koko’s Spring 2012 collection one-of-a-kind. The silhouettes in the collection were just as diverse as the fabrics, ranging from naval uniform-like designs to fluid, sexy dresses. The color blend progressed from white, nude and salmon shades to richer hues of turquoise, coral, burnt orange and navy blue. Bunmi Koko must have had the woman with an easy-going fashion sense in mind when this collection was put together. We definitely love the carefree nature of the pieces in the collection.

Lanre Da Silva Ajayi’s Labor of Love (See Pictures here)
While Lanre Da Silva Ajayi’s unfortunate fall off the runway has been getting the most attention, we choose to focus on the extraordinary beautiful designs she presented in her Labor of Love colelction. We were simply wowed by the intricate details in each of the pieces featured in her spring/summer 2012 collection. The collection showcased structured, ladylike shapes made from jacquard, Chantilly lace, satin and silk organza which came in a wide variety of colors. Most of the pieces were accessorized with a complimenting necklace or belt which completed the overall sophisticated look The applique bib which LDA is well-known was not left out in the details department.
Pierre Antoine Vettorello (See Pictures here)
Winner of the Innovative Design award at the ARISE Magazine Fashion Week – Lagos, Vettorello’s lived up to his award by presenting an edgy and fierce collection which was artistically unique on so many different levels. The designer was inspired by horror movies such as Jaw and Trouble Every Day for his spring/summer 2012 collection. The collection featured short sexy dresses with metallic thorns and silky separates with Jaw-inspired accessories all designed using a strong, crystal-encrusted silhouette. For Spring 2012, Vettorello has designed a collection fit for a strong, daring woman who’s not afraid to show her untamed side, fashion-wise, that is.
Jewel by Lisa’s Vintage Love (See Pictures here)
Since launching her fashion label in 2005, Designer Lisa Folawiyo has grown to become one of the most well known names in African fashion. According to the designer, the Vintage Love spring/summer 2012 collection was inspired by photographer JD Okhai Ojeikere’s images of smartly dressed Nigerian men and women in the 1960s. These images served as the backdrop during the runway show creating a colonial-era ambiance which fitted well with the collection. The collection comprised of fitted dresses, male-inspired blouse and pants separates and a body suit. Vintage Love also featured feminine fila hats and embellished clutches. With this collection, it is obvious that Jewel by Lisa has been quite busy and we love everything about it!
KLûK CGDT (See Pictures here)
The South African duo of Malcolm Klûk and Christiaan Gabriel du Toit made a great decision when they decided to join forces in 2003. What a collection! What a grand way to close the Made in Africa Designer Collective. Every piece was designed to evoke a particular emotion and speak volume about the woman wearing it. The pieces were dramatic and timeless but yet wearable with a subtle air of confidence and self-pride. According to the designers, the designs were inspired by the flora and fauna around them which was represented by the use of flower-cuts as core details in the designs. The fabrics used in the collection include sheer tulle, silk and West African lace.

Multi-platinum-selling artiste Leona Lewis closed the show serenading the crowd with her hits “Bleeding Love” and “Better in Time” and an acoustic version of Bruno Mars’ “Grenade.” 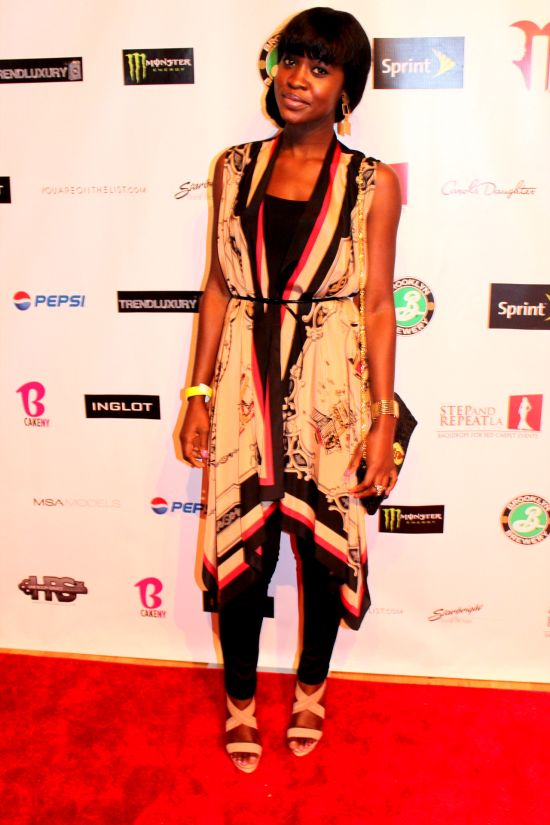 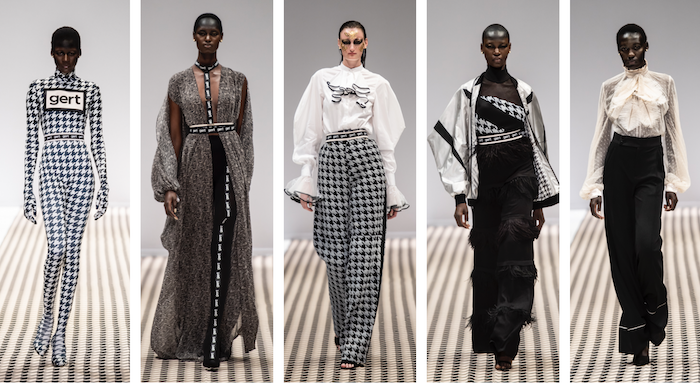 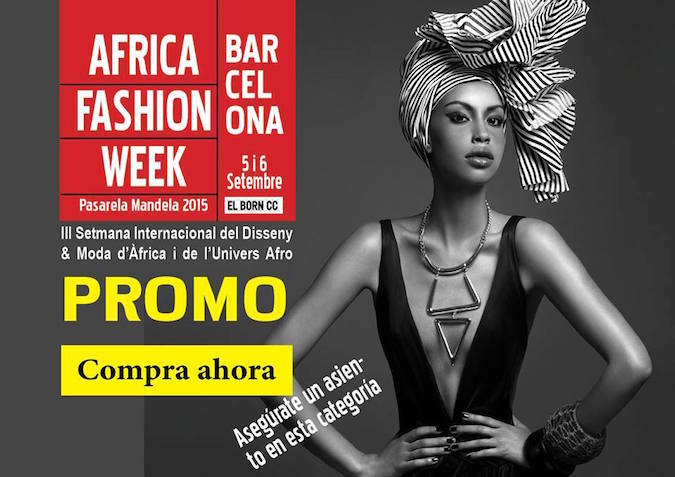