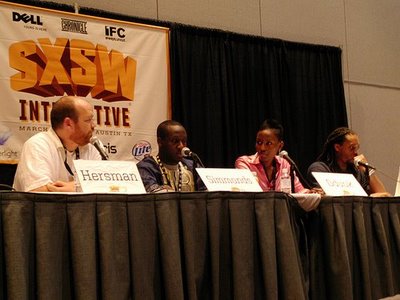 The SXSW Conference was absolutely fantastic! From March 7th-16th, about 400,000 people converge on the city of Austin to talk music, film and interactive media and seriously party like rockstars! The local news reported the City of Austin estimated making approximately $100 million from the SXSW conference. Wow!

AUSTIN CITY BABY! I loved, loved Austin. Austin is known as Silicon Hills as opposed to San Jose’s Silicon Valley. There are high tech companies like DELL, APPLE, HP, INTEL and lots more. Austin is the headquaters of Whole Foods Store and boy is it gorgeous in there or what?!! There are lots of Californians that have moved to Austin and it’s easy to see how as the technologically savvy environment is balanced with a laid back approach reflected even in the casual wear seen on the residents of Austin. There are quality restaurants everywhere you go and the live music scene is well and alive! Now get this, Austin has lots of money. Seriously, you don’t hear me. I stayed at the Marriot South by the Austin airport and I noticed four other Marriot chains on the same street on the same block next to each other and guess what? They were all sold out of rooms! The managers informed me this is a common thing. They always have events and sell out of rooms quickly. Austin is a cool place to visit.

BUSINESS OF TECHNOLOGY:Technology as we already know is BIG business. There were so many companies marketing their products at SXSW from Dell, Zappos, IKEA, Google, Yahoo and more. Dell even had a lounge where you could chill with your Dell laptop and every few hours/on schedule, they had artists performing. SXSW also had amazing seminars on start-up businesses. One of the things I notice, again and again, is that while industries might be different i.e. technology, the business principles and lessons stay the same. It held true at the SXSW event so you can get some good advice as an entrepreneur, even though your business is fashion, for instance. 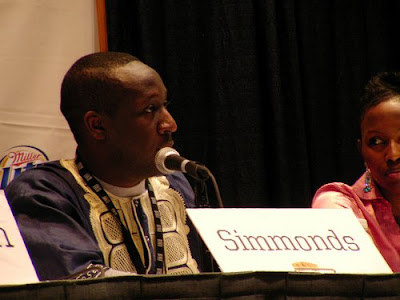 FASHION BLOGGERS: Lord have mercy! At least on the interactive media end of things, there was no denying that I was in the midst of geek land. It was evident from the many with laptops that had their face buried in those sleek sexy things. I loved it! Geeks and I are like bread and butter.Okay don’t take me literally but I’m down with geeks. In spite of my excitement of being in a space filled with [g]eeks and trying to find a match for Ladybrille, of course!, I could tell when the geeks were being replaced by the film and music festival folks because the fashionistas became more prominent with their hot trends off the runway. Speaking of fashion, fashion bloggers were in the house representing. Fellow bloggers up for the Fabbies Fashion Awards: Style Hive, Coquette and Budget Fashionista made appearances. The beauty and brain, Natalie Zee Drieu, behind Coquette organized a fashion technology panel. Check out the video here. 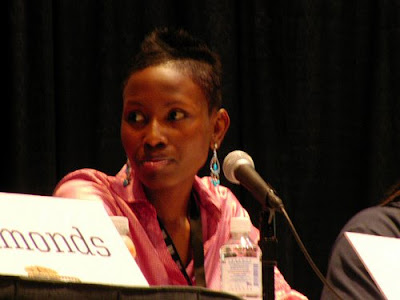 TECHIE CELEBRITIES: There were some techie celebrities in the house like Mark Zuckerberg founder of Facebook, Frank Warren founder of Post Secrets, I enjoyed his keynote, and so many more dynamic influencers in the technology and non-technology world. Yes, respect these techie celebs because the ladies do fall over some of them. We think it’s a combination of their heavy wallets and geeky looks. Take for example, Sarah Lacy, Business Week 2.0 Expose writer. Gurlfriend did not know how to behave when she interviewed Zuckerberg and you best believe she got chewed out by the techies and geeks on the internet! Here is the video. ‘>Watch at your own Peril. The music industry celebs were also present and in fact you can catch a free concert on March 15th at 8:00pm in Austin with Ice Cube, Talib Kweli and Jean Grae if hip-hop floats your boat. These celebs are also at SXSW to see how technology is changing music reality for them and their fan base. 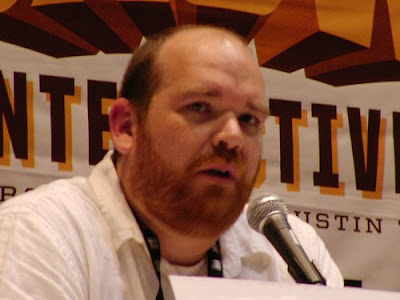 NETWORKING: SXSW is a great place to network, network, network and network some more. I met so many cool innovators, CEOs, Presidents and Vice Presidents of start-ups, digital media groups and much more. I got invited to speak at upcoming non-SXSW conferences in the, sampled and saw demos of great technology, technology that is not even on the market till 2-3yrs down the line, met super smart web developers and kept an eye for the right personalities and brilliant minds that can be a match for Ladybrille as we position ourselves and continue to highlight Ladybrille as an innovator and pioneer for bringing African Fashions and its industry directly to Western consumers. By the way, thanks to ICY PR for the wonderful postcards they did for Ladybrille SXSW Africa 2.0 event complete with a 2008 calendar and delish websites. It made an impression especially with the networking.

AFRICA 2.0 PANEL:I am glad G. Kofi Annan had the foresight to propose such a panel and that it was approved! The space provided for our panel was quite large and the turnout was wonderful!!! People were open and had a real curiousity to see what Africa was doing on the technology end and how they could use technology to make change in Africa from tourism to fashion and everything in between. We’ll be sure to get the podcast of the panel once it becomes available. I also had privilege of being interviewed by three studios that wanted to know all about the concept behind the brand Ladybrille. I spoke about that and used the opprtunity to debunk stereotypes about African fashions, and identified African designers likely to break into the USA market in a big way.

I think the icing on the cake was when the producers of SXSW invited myself and Kofi Annan the moderator and blogger at Annansi Chronicles for a chat at their SX Studio 2008. Kofi and I had lots of fun interviewing each other. We introduced our very attentive American audience to issues in Africa’s technology industry but expanded our talks to include African fashion and entertainment industries including celebrities in the USA making Africa look sexy, musical collabos, Nollywood and certainly the upcoming concert in honor of Bono where the creme de la creme of African artists will sing U2 songs in celebration of Bono’s work and contribution to Africa. 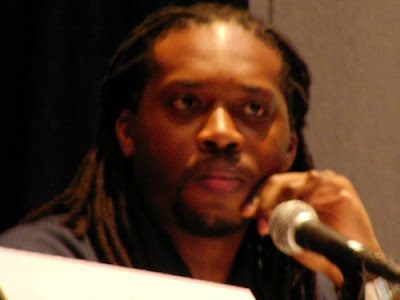 Again, lots of fun and I was honored to be a part of such a huge platform to take the Ladybrille message to an even diverse audience. Stay tuned later this month as we bring you a bit more updates, the podcasts/videos including some of the technology trends we found that might be applicable to you.