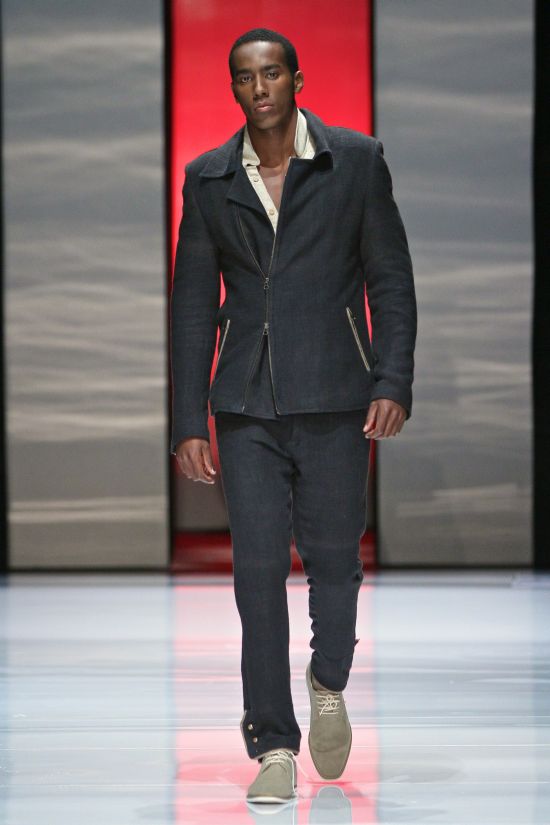 “Having worked abroad in cities such as New York, Milan and Paris as a fashion director and stylist, Shaldon Kopman returned home to South Africa because of his strong passion for the country. Once home, he filled the role of Fashion Editor for South African magazines such as Elle. In 2006-2007 he won ‘GQ Best Dressed Men’s Award and more recently, he appeared on ‘Fashion Police’ for the Royal Monaco Wedding. All Shaldon’s garments are handmade, which represents his authentic love for Africa. He also uses natural fabrics and stays inspired by the rich culture and people of the country.

His garments are all about being practical and multi-functional, he reaches out to the discerning individual who has a strong sense of style and is looking for that unique garment that pulls in so much interest. This season Shaldon’s inspiration is ‘Layers of Freedom’ which was is motivated by the nomadic lifestyle led by progressive Africans, moving forward but never forgetting their roots. 2012 is a year of expansion for Naked Ape; they hope to open a Flag Ship store in Johannesburg by midyear.”