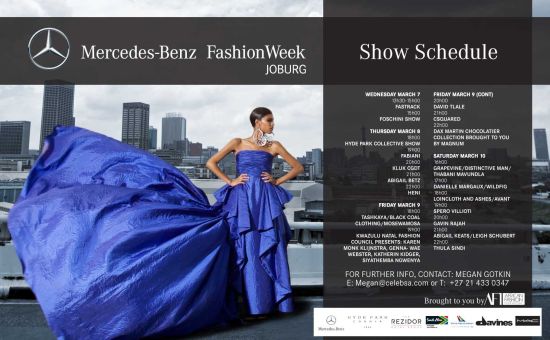 From the producers of Mercedes-Benz Fashion Week Joburg:

At Mercedes-Benz Fashion Week Joburg, the limited C-Class Style Edition was also unveiled, which will be available in South Africa until end of June 2012.

Over 180 media attended MBFWJ 2012 and included both local and international film & television crews while retailers sent their buyers to pick up and plan for what will be in demand in the autumn/winter season.

The Fastrack winners were Kim Gush from Elizabeth Galloway, Wetive Nkosi from SEWAfrica in Johannesburg, Kyra-Moon Halfpenny and Shelly Botha from Durban University of Technology , each of whom won a R10 000 cash prize, an internship with established AFI fashion designers as well as an opportunity to launch a capsule collection at Mercedes-Benz Fashion Week Africa 2012.

Regarded as the pre-eminent brand associated with international fashion events – including New York, Tokyo and Berlin Fashion Weeks – the title sponsorship commitment positions Mercedes-Benz as partners in promoting the African style agenda while affording both AFI and MBSA both local and international market leverage.

“Mercedes-Benz Fashion Week Joburg was an unparalleled success as a platform for showcasing local design talent and underpins our efforts to place South African and African fashion in a global context, provide access to local and international markets and create jobs in the process,” says AFI Executive Chairperson Dr Precious Moloi-Motsepe. 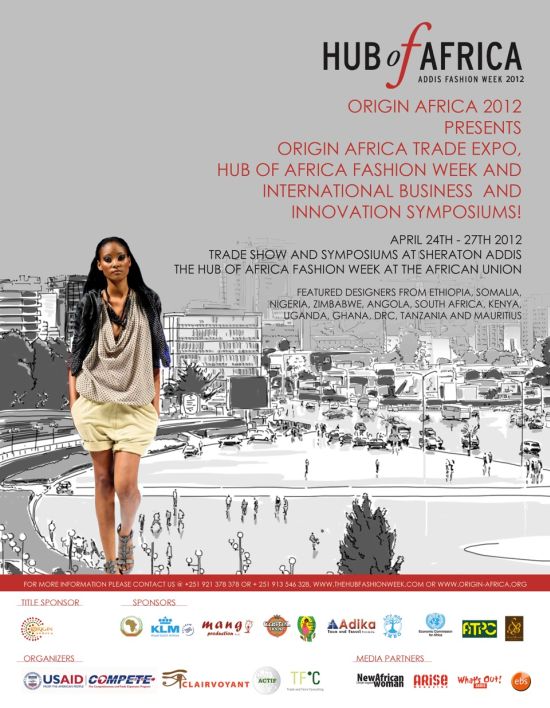