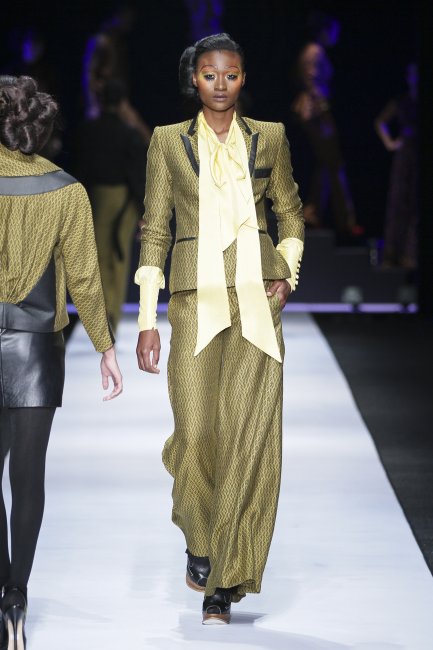 David Tlale graduates from a designer’s designer to simply a genius in our book. His latest collection shown at the just completed 2012 Mercedes-Benz Fashion Week Joburg shows his tremendous talent and unique point of view.

Over the nine years since he launched his brand, award-winning designer David Tlale has etched his mark on the South African, continental, as well as global fashion design landscape.

Recognizing the media power his brand manages to generate, David Tlale has partnered and collaborated with quite a few influential brands, including Volvo Cars, Luella Shoes, Anglo Ashanti, Cellini and Edcon.

Soon, Tlale will launch a super affordable Ready To Wear line, which will be stocked at one of the major retailers in South Africa, Botswana and Namibia.

Tlale’s designs have been paraded before a global audience, including his most recent showing at the South African Consulate in Manhattan, New York, during New York Fashion Week F/W 2012, a collection that The Huffington Post dubbed “sumptuous elegance.”

A favourite on the South African fashion platforms, Tlale has showcased his inimitable designs at all the premium fashion week platforms in South Africa.

His designs are often heralded by critics as the most innovative and creative, with bold use of colour and fabric.

His clientele boasts an impressive list of high profile individuals, from business executives to politicians, and celebrities.