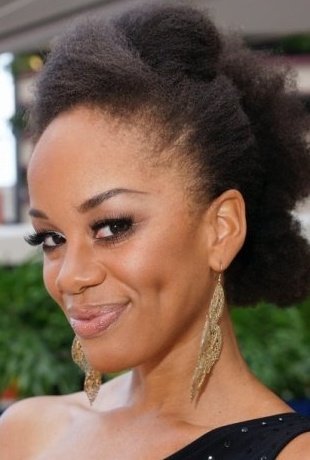 Ladybrille Magazine has a birthday to celebrate! Ladybrille’s Shana Peete adds a year today!! We are proud of her work with us and wish her a great birthday! Shana is responsible for articles on fashion legend Ms. Bethann Hardison, Actor Jimmy Jean-Louis, Designer Yemisii, the upcoming article on Storm 360 CEO Obi Asika and fashion and beauty articles you have seen on Ladybrillemag.com, among many. When she is not busy tracking down and bringing you brilliant interviews and fashion coverage, she runs her own law practice in Hawaii.

Revisit the article by Shana Peete on Bethann Hardison below. The article was first published in our June 2010 Model Edition.

Bethann Hardison is a living legend. The real deal. After more than 40 years in the business as a model, agent, and budding filmmaker, she has seen changes come and go. One such change is the exclusion of Black models on the runway. The legend who is also the Editor-at large of Vogue Italia took an hour out of her insanely busy schedule to talk with Ladybrille about this disturbing trend and all she does to bring color back to the catwalk.

In the 1970s when Hardison modeled, there were simply no role models to emulate. “That word did not apply,” explains the legend with a voice laced with the grace of royalty and the confidence of a person who knows her stuff. While Hardison was inspired by models that came before her like Helen Williams; an icon of the 1960s, she did not see herself reflected in them.

In contrast to the beautiful wholesome feminine model images of the 60s, Hardison was very thin, boyish, and darker than most models. Nevertheless, her career blossomed as the pendulum of the standard of beauty swung in her direction. “I came up at a good time in the industry,” said Hardison. The time was when Hardison and models like Naomi Sims worked and did not face the systematic restraints in the industry that exist today.

“If a designer liked you, he worked with you. If he didn’t, he didn’t,” Hardison continued in her explanation. It was a time where a model (black or white) could express herself, sell the clothes she wore, and even inspire the designers. “[Designers] would watch our style and see what we did with the clothes they had made,” she added in that consistent confident voice. Watching what Hardison and her model colleagues did with the clothes they wore had a tremendous effect on what a designer made or how he utilized and styled that item on the runway.

Today, however, casting agents who were absent in her day, are the gatekeepers to the designers. Often, they specifically instruct that no Black or Asian girls attend castings, which methodically limits a model’s face time with a designer and ultimate inclusion in the shows. It is indeed hard to be a muse when you can’t get a meeting.

“The girls today aren’t encouraged to learn about fashion and why they are there,” explains Hardison about the challenges models face today in the industry. She should know. In a world where today’s models look alike, are told to walk straight-faced down the catwalk, and are not even given the freedom to pose, the last thing on any one’s mind is encouraging models to understand and know fashion.

“I want to put on a fashion show for the people, not the buyers, stylists, and editors, where a model can model—with no restrictions. It bothers me most that models are not valued as much as they used to be,” Hardison’s voice sighs with regret.

For Hardison, credit for the extremely restricted paradigm models have to operate in, goes to Miuccia Prada’s very successful use of cookie-cutter, thin, Eastern European models. Prada’s use forged a new direction in the industry and gave life to the idea that models should not outshine the clothes. This concept took hold industry-wide and created “a new rhythm”, as she called it, wherein there was little room for models’ expression or diversity. 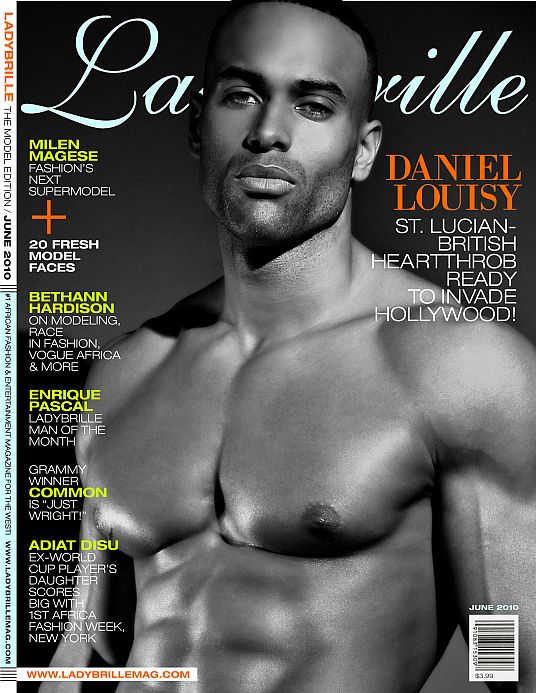 Nevertheless, Hardison, interestingly, holds no grudge about this phenomenon. She sees it as a trend, one from which designers are afraid to deviate because it works for many of them. Determined, however, to encourage diversity on the runway, Hardison has made it her life’s mission to show the fashion world that bringing diversity to the runways works better.
To that end, she established Bethann Management Co., which has since launched the careers of heavyweights like Tyson Beckford and Veronica Webb and further strengthened the credibility of her message in industry circles. Further, since the mid-2000s, Hardison has flexed her fashion muscle to open a dialogue with designers to question their exclusion of models of all colors in their presentations. Her film about the topic, Invisible Beauty, is in development. It has had a profound effect. From these efforts have emerged some of the most talented models in over a decade and a designer like Dianne von Furstenburg have used as many as eight or nine models of color in her shows, while Sophie Theallet went so far as to use solely Black models in one season. Hardison now serves as Editor-At-Large for Vogue Italia.

Acknowledging the lack of diversity in the industry, when I posed the question of the possibility of the creation of Vogue Africa, she replied, “it never crossed my mind. Who will they sell to? Is there an audience?” Many of her questions were from the mind of an astute woman with keen business acumen more than a touchy-feely place.

“Uduak brought it up to me and we were on the same page,” she continued referring to Ladybrille Magazine’s Editor-in-Chief Uduak Oduok. “She and I were very clear about it.” Hardison also echoed Oduok’s worries about the psychological effect that Vogue could have on the continent. “Africa’s a very tricky place. It’s not wise to go over there unprepared. It would be good to let them start what they need. There is vast potential in that part of the world.”

Before wrapping up, I asked what she thought her legacy would be? “I want my advocacy to be permanently effective,” she said after a thoughtful pause. “I’m trying to help the world. People come up to me and say thank you so much for the work you’re doing for Black people. I say ‘I’m not trying to help Black people. We got it going on. I want to help White people, who are sitting in ignorance, they are the ones who need help.’ I don’t mind having to be the pit-bull with a smile, but I don’t want to have to do it the rest of my life. I don’t want anyone to have to.” Does Hardison see a light at the end of the tunnel? “Absolutely,” is the resounding response from the legend. “Everyone sees it. Now Europe, that’s a whole different battle . . .”