Home / News / Geeking Out: Uganda’s Women are Creating the Next Generation of Girl Geeks 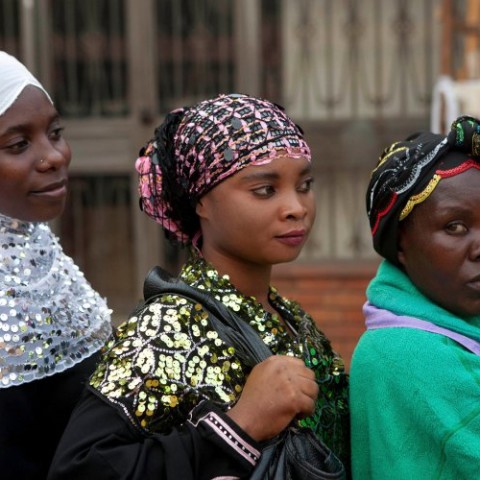 “Young women are learning to program computers far from Silicon Valley, developing apps that will help their neighbors—and themselves.

If not for a view of the ornate Uganda National Mosque or the sprawling, congested taxi park in the distance, it would be hard to tell that Outbox, a technology incubator and accelerator, is in a high-rise in Kampala (Uganda’s capital city) and not some non-descript office building in Silicon Valley.

The vibe is intense and laid-back all at once. Modern, cushy chairs and long conference tables are used by casually-dressed young people typing furiously on MacBooks in a quest to create the next big thing. Formidable, expansive blinds in cascading green, blue, red and yellow cover its floor-to-ceiling windows (evoking Google, an organization that partially funds the space through its Google for Entrepreneurs initiative).

At one of the long tables, a group watched quietly as Joldeen Mirembe, a tack-sharp 23-year old woman, presented her latest creation: a website. While everyone was notably relaxed, each had something to say, asking questions or merely pointing something out. A few offered constructive criticism, which Joldeen accepted with the zeal of someone hungry to learn.

A year ago, Joldeen didn’t know how to design a website or program an app. She had always wanted to learn how, but felt uncomfortable in the male-dominated computer science courses offered at her university. “Sometimes [when] you’re doing programs with boys, you find that girls are a little shy to come up if they don’t understand,” she explained to me after her presentation.

Fortunately, she heard of GirlGeekKampala, an organization teaching young Ugandan women the computer programming languages and content management frameworks that they may have missed out on in school. She immediately joined, and today is one of the most dedicated GirlGeeks, attending classes nearly every weekend. . .”

The Daily Beast has the full story.