Ladybrille African fashion designers, models and persons in the fashion and entertainment industry, ‘The Pulse of Afric’a is a series by Atim Annette Oton for Huffington Post BlackVoices. It involves interviewing and talking with Africans in Africa and across the Diaspora on Africa’s progress, issues on culture, technology and opportunities in this decade. It is a series exploring what innovative work is done by Africans across the disapora and it explores design, culture, business and technology.

Oton is interested in hearing your stories to help you reach and even wider audience. If interested, please send a short letter, bio, website, and what you are doing that is innovative in the diaspora or in Africa to (atim@blackdesignnews.com).

Atim Annette Oton is a Nigerian-born, American and British educated architectural designer. She is (also) the co-founder of Black Design News Network (BDNN), a flagship news distribution source and website creating awareness of black designers across the globe by distributing news, content and information about Architecture, Interior Design, Product and Industrial Design, Fashion and Textile Design, Communication, Media and Graphic Design. She is the publisher and editor of Brooklyn’s Calabar Magazine, a bi-monthly lifestyle publication about black Brooklyn home décor, fashion, culture, and lifestyle; and serves as a blogger for Huffington Post Black Voices focused on African issues. In 2006, she stepped down from her role as the Associate Chair of Product Design at Parsons School of Design, working with black furniture designer Tony Whitfield, to concentrate on Calabar Magazine and Calabar Imports.

Atim was born in Calabar, Nigeria where she spent her formative years before coming to the US to study architecture at the City College of New York in Harlem under the most influential African American architect and dean of the architecture school, J. Max Bond (who she later worked for) and took design and history courses with Labelle Prussin, female architect and author of African Nomadic Architecture: Space, Place and Gender. She also did her graduate studies in Energy and Environmental Studies at the prestigious Architectural Association Graduate School in London, England from 1992 – 1994 studying under Simos Yannas. She returned to New York in 1994 to work with the architecture firm, Davis, Brody, Bond Architects and various other firms in New York. In 2000, she was part of the design team that won the African Burial Ground Interpretive Center. She also worked as an executive producer and design consultant on the Underground Railroad Experience, a cultural education website from 2000 – 2004 on issues to do with slavery and the Underground Railroad. She won an Independent Grant from the NYSCA on her work, the Black Hair Salon in 2002.

Oton was one of the founders of Blacklines Magazine, a quarterly magazine publishing that featured black designers in architecture, interior design, construction, development and the arts and served as its executive vice president from 2000-2002. Her design work has been published in Architectural Record, Design Build Magazine, Design Architecture.com, Oculus and Blacklines Magazine. Her work has been exhibited at the Architectural Association in London, and in New York at the Schomburg Center for Research in Black Culture, the Institute for the Research on the African Diaspora in the Americas and the Caribbean (IRADAC), the Bronx Museum of Art and the City College of New York.

In 1997, she created and curated a ground breaking exhibition on women architects and designers entitled Toward the New Millennium: Women in Architecture at the Aaron Davis Hall Gallery of City College of New York. She has been profiled in Office.com and Diversity.com for articles on Blacklines Magazine. She has been featured for Calabar Imports on CNN, MSNBC, The Brian Lehrer Show on WNYC, BCAT’s NeighborhoodBeat and CUNY TV. She is a Board Member, a Vice President and co-Chair of Economic Development Committee of Community Board 8 in Brooklyn. She is a member of the City College of New York’s Architecture Alumni Group, the National Organization of Minority Architects (NOMA) and was a member of the National Association of Minorities in Communications (NAMIC). 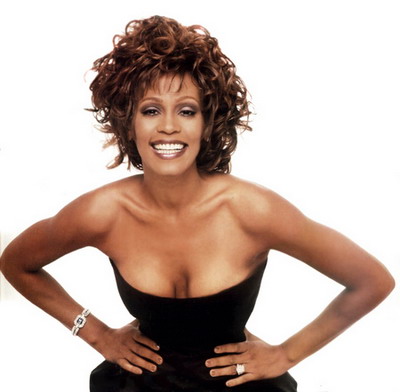