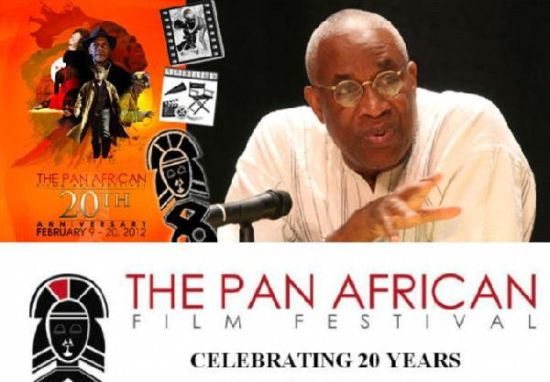 Set to Screen at the Film Festival

It has selected a total of 160 films, representing 30 countries, 91 feature length films (narrative and documentaries) and 67 short films. The festival will hand out prizes for Best Documentary Feature, Best Documentary Short, Best Narrative Short, Best Narrative Feature, and Best First Feature Film, as well as audience favorite awards at the close of the festival. For a complete list of films, visit www. paff.org

“The film competition is the most important component of the festival,” said Ayuko Babu, founder and executive director of PAFF.” “The competition really sparks the creativity of young filmmakers and raises the bar in the storytelling on film.”

Audiences at PAFF will be the first to see the surprise Oscar-nominated film, “Chico & Rita, directed by Fernando Trueba, Javier Mariscal and Tono Errando.

Movie Synopsis
Cuba, 1948.  This fantastic animation finds two young African Cubans making music and singing, blending Dizzy Gillespie’s and Charlie Parker’s new bebop jazz with Afro-Cuban-Yoruba rhythms of Chano Pozo and Mongo Santamaria to create a new and exciting sound on the planet. Chico is a young piano player with big dreams. Rita is a beautiful singer with an extraordinary voice. Music and romantic desire unite them, but their journey — in the tradition of the Latin ballad, the bolero — brings heartache and torment. From Havana to New York, Paris, Hollywood and Las Vegas, two passionate individuals battle impossible odds of the unsavory music business to unite in music and love. Legendary master musicians Charlie Parker, Thelonious Monk, Dizzy Gillespie, Chano Pozo, Mongo Santamaria make animated appearances.  With an incredible Latin and jazz soundtrack, this beautiful multi-award-winning animation has received sensational reviews throughout the world. By the way, the film has an excellent Oscar pedigree: co-director Fernando Trueba won the Academy Awardâ in 1994 for Best Foreign-language Film, “Belle Époque.”

Here’s a look at the other films in competition:

About the Pan African Film Festival

The Pan African Film and Arts Festival (PAFF), America’s largest and most prestigious Black film and arts festival, is gearing up for its 20th year of screening more than 150 films made by and/or about people of African descent from the United States, Africa, the Caribbean, South America, the South Pacific, Europe and Canada. PAFF holds the distinction of being the largest Black History Month event in the country.

PAFF was founded in 1992  by award-winning actor Danny Glover (“The Color Purple,” “Lethal Weapon” movie franchise), Emmy Award-winning actress Ja’Net DuBois (best known for her role as  the busybody neighbor Willona  in the tv series, “Good Times”) and executive director, Ayuko Babu, an  international legal, cultural and political consultant who specializes in African Affairs.  PAFF is a non-profit corporation dedicated to the promotion of ethnic and racial respect and tolerance through the exhibit of films, art and creative expression.

Special support provided by the Academy of Motion Picture Arts and Sciences.