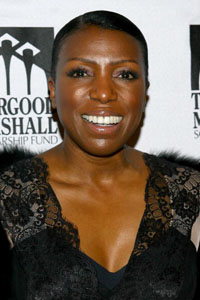 ESSENCE announces the retirement of its esteemed Beauty & Cover Director, Mikki Taylor. Taylor, who celebrated her 30-year anniversary with ESSENCE on February 5, has distinguished herself as a trailblazer within media circles, and is renowned for her contributions as an editor and brand ambassador influencing industries from fashion and beauty to Hollywood.

As of March 31, Taylor will contribute to ESSENCE as Editor-at-Large and work closely with ESSENCE Creative Director Greg Monfries on cover concepts and photo sessions, as well as marketing events and special celebrity projects with Essence Communications, Inc. In addition, she will focus on expanding her existing entrepreneurial ventures. Mikki Taylor Enterprises, LLC, will serve as a holding company for a number of vertical businesses, including Satin Doll Productions, a full-service image building and consulting division, and MT Communications, a strategic communications and branding corporation. Taylor will also bring her expertise to the broader field of media entertainment in this new capacity as well.

“I am thrilled to continue to serve women of color in my new role as Editor-at- Large, with innovative platforms that showcase our beauty,” says Taylor. ”Without a doubt, this is the most exciting period in the history of Black women ever and I look forward to this new threshold in my career that will allow me to inspire and be inspired by women around the world.”

Taylor joined Essence in 1980, soon becoming the magazine’s beauty editor. She then conceived and pitched the additional role of Cover Director, which was a groundbreaking position in the industry, and became Beauty and Cover Editor in 1986. Taylor eventually led the transition from covers featuring models to covers featuring celebrities and has worked with every African-American personality of note over the past three decades.

Throughout her extensive career with the magazine, she helped to positively impact and transform the mind-set of Black women from all walks of life, including celebrities, political figures, models, mothers, students and the like. Taylor’s insightful touch helped Black women to embrace their unique beauty and see themselves in ways they never imagined. Her influence on the beauty industry continues to be profound; she has provided valuable guidance to manufacturers not only on the needs and desires of Black women but also on what inspires them: Black women don’t simply shop for products — they shop for experiences they want to know.

“Mikki is truly an icon at ESSENCE, and we celebrate her accomplishments and thank her for her tremendous contributions,” says ESSENCE Editor-in-Chief Angela Burt-Murray. “As an editor and personality in her own right, she has successfully expanded the boundaries of storytelling to honor the unique beauty of African-American women, and shared her knowledge in order to be of service and inspiration.”

Significant milestones in Taylor’s 30-year career at ESSENCE include producing first-time magazine covers for stars such as Academy Award winners Halle Berry and Mo’Nique and other empowered women like Oprah Winfrey and Queen Latifah. Additionally, her recent work with First Lady Michelle Obama and her family on multiple covers has been particularly exceptional. Taylor has motivated global manufacturers to create products of quality for women of color and influenced the product lines of leading cosmetic and skin care companies at all levels.

“Mikki Taylor’s impact cannot be understated — not only in influencing the mind-set of African-American women but in educating the beauty industry with key insights on how to best serve them,” says Essence Communications President Michelle Ebanks. “Mikki has evolved the standard of beauty around the world, and created a one-of-kind experience for women from all walks of life to own and enjoy their exquisite beauty.”

Taylor is also a well-respected motivational speaker, author and voice for beauty worldwide. In her well-received book, Self-Seduction Your Ultimate Plan to Inner and Outer Beauty Taylor explores the balance between spiritual and physical nourishment that is the key to true beauty. One of her most treasured experiences was a trip to South Africa, at the special invitation of Oprah Winfrey, where she served as an instructor to 149 girls ages 12 to 14, at the Oprah Winfrey Leadership Academy for Girls as part of its Arts Workshop 2007.

Tumblr to Send Over 20 Bloggers to New York Fashion Week this February!