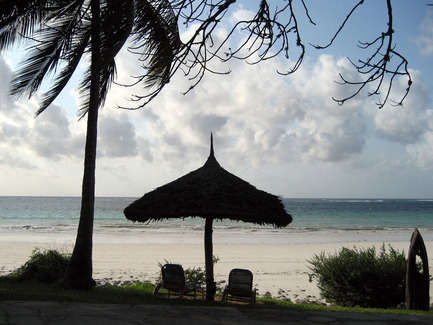 Kenya and South Africa have signed an agreement that will see the two countries collaborate in the promotion of the tourism sector in the individual countries.

The traditional rivals will work closely and share data, identify and capitalize on emerging opportunities in this sector, thanks to the new agreement. As a result, the new partnership will attract more tourism investments in their respective countries.

The two are among the top five tourist destinations in Africa. In addition, Kenya leads in East and Central Africa while South Africa tops in the Southern region. The bilateral agreement will enable the two countries to share data and other experiences from the sector to maximize revenues.

For a long time, the two countries have been fierce competitors. However, the latest development seeks to cut into each other’s share of Africa-bound visitors, hence initiating a mutual relationship.

Speaking to Media, the Minister of Tourism in Kenya Najib Balala and his South African counterpart Marthinus Van Schalkwyk said that there was an urgent need for Africa destinations to embrace the phenomenon of co-opetition instead of competition.

“The bilateral agreement will develop modalities to encourage tourism investment in both countries,” said Balala, who was voted the best Tourism Minister during the 2008 Africa Tourism Awards.

Meanwhile, the Memorandum of Understanding (MOU), which will last for the next five consecutive years also seeks to educate citizens of the two countries on tourism.

“Both countries will share information on market trends and exchange culture,” said Balala, adding, “there is an urgent need for African destinations to work closely in strategic areas instead of seeing each other as rivals.”The Memorandum will help the two nations to develop sustainable tourism strategies to address current challenges facing Tourism sector in their respective regions.

The agreement is expected to outline mechanisms of addressing catastrophes such as climate change, economic downturn and fire, among others.

“Traditionally, we might have been seen to have the same product but altogether, the experience is different. The Kenyan safari experience is beyond doubt different from that of South Africa. However, we can learn from each other many things,” said Van Schalkwyk.

The two nations will also work together to counter negative publicity by Western Media, and dispel negative traditional perceptions, thus re-brand Africa, a home, away from home.

Balala said: “Africa is amply blessed with a diversity wildlife, music and culture, rich culture and history, a variety in cuisine, color and beauty, scenery and magical sights. And this is what we should collectively project as the image of Africa.”

Among the lessons Kenya expects to learn from South Africa is the country’s experience in developing mid-range accommodation. “We will strive to replace the negative perception of Africa as a continent ravaged by drought, disease, insecurity and war. We will also demonstrate our positive image, a continent rich in natural and cultural heritage,” Said Balala, adding, “Kenya has recovered from the post-election crisis, which was experienced in 2008 and visitor numbers this year could go above 1 million.”

Kenya attracts about 20 percent of international arrivals from the African region whereas South Africa gets 70 percent. According to Schalkwyk, Kenya is recognized as a core market by South Africa while South Africa is an important market for Kenya, as the country receives about 30, 000 tourists annually from South Africa.

Tourism is an important economic component for both Kenya and South Africa in terms of contribution to Gross Domestic Products (GDP), foreign exchange earnings, employment and poverty alleviation. In Kenya, Tourism is second GDP contributor to the economy after Agriculture.

According to South Africa’s official Tourism website, www.info.gov.za, Tourism has been identified as one of the key economic sectors. It is also the only sector nationally that has managed to grow jobs (half a million and rising) while increasing its contribution to the gross domestic product (GDP).

The bilateral agreement reflects the spirit of NEPAD, which in 2001 identified Tourism as an important vehicle to address the current challenges facing the African Continent. The two are expected not to only rely on inter-continental tourism but instead encourage intra-continental tourism so as to create a positive image of Africa.

“The important part of collaboration would be to increase the number of tourists visiting Africa by identifying and developing new products,” noted Balala. Currently, Africa’s share of global tourism currently stands at two per cent. Tourism is regarded as a modern day engine of growth and is one of the largest industries globally. One of the advantages of tourism as an export earner is that it is less volatile than the commodity sector. It is often said that South Africa’s tourism sector has great potential, which needs to be tapped.

“It has been earmarked as a growth industry in South Africa, as the industry is ideally suited to adding value to the country’s many natural, cultural and other resources,” Van said. Balala added that in the past, Kenya and South Africa regarded each other as competitors, a trend that was now eliminated, after the signing of the MOU. He noted that Kenya was recognized as a core market by South Africa. Similarly, South Africa is an important market for Kenya, as the country receives about 30, 000 tourists annually from South Africa. Four percent travel by air.

The South African Tourism Minister said that they have doubled the space where Kenya will exhibit its products and services at the INDABA Tourism Fair next year.

Kenya is the only country outside the Southern African Development Community (SADC) that is allowed to participate in the fair, which provides a popular marketing platform for the exhibitors.

Video: #OccupyNigeria – "This is the Generation that Will Change Nigeria"