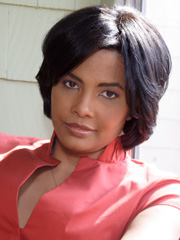 “As Editor-in-Chief of Essence magazine I sometimes find myself in the unenviable position of ticking people off when it comes to matters of race. Whether it’s a profile on P. Diddy and longtime girlfriend Kim Porter discussing their controversial relationship (“You’re promoting having children out of wedlock and a negative image of black couples!” wrote one disgruntled reader) or assigning a guest column to singer Jill Scott to voice her opinion about black men who date outside their race, “The Wince” (“Reverse racism!” was a common critique). Or the February cover with a shirtless Reggie Bush (“He doesn’t date black women–this is a betrayal of the highest order.” Many readers shared that particular sentiment). And most recently my hiring of Ellianna Placas, who happens to be a white woman, to head our fashion department has stirred the passions of a small but vocal group in the blogosphere (“I feel like a girlfriend has died,” stated one devastated African-American writer who not long ago wrote about coming to terms with her daughter pledging a white sorority for the magazine). Really?

Now don’t get me wrong. I read and digested many of the heartfelt and poignant posts on this topic and I sincerely respect everyone’s thoughts and sentiments. I also share their concerns and frustrations about the lack of visibility of African-American women throughout the ranks of the fashion industry, which is overwhelmingly white. I, too, want to see more of us on the mastheads of all the magazines, seated in the front rows of the shows, designing our own fashion lines, and contributing our special flavor and flyness to the world of style.

And when I set out to hire a new fashion director I certainly had no idea I would end up making this decision. I first got to know and came to respect Ellianna when she came to work with us nearly six months ago. . . ” Read the rest at theGrio.com.

Kelly Rowland to Collaborate with African Artists for World Cup