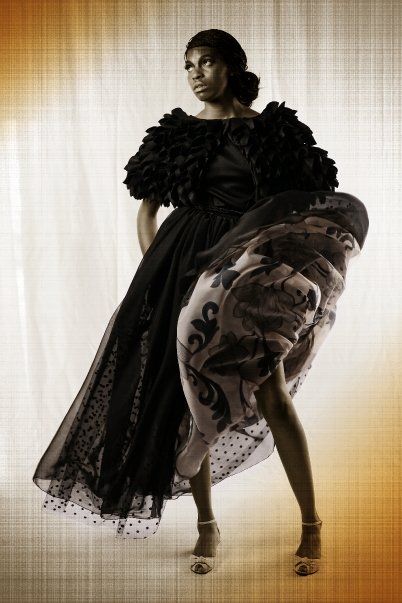 Three African designers have been selected to show their Fall 2010 collections under Arise Magazine African Collective umbrella at New York Fashion Week for Fall 2010. They are: Nigeria’s leading design label Deola Sagoe, South Africa’s Black Coffee and Tanzania’s Loin Cloth and Ashes. All three are no new comers to showcasing on international platforms.

Deola Sagoe- For Deola Sagoe who has been designing for twenty one (21) years, showing at New York Fashion Week’s Bryant Park (NYFW) might not necessarily carry the same novelty as the other two African brands. Sagoe showed in 2000 at NYFW in a competition organized by South Africa’s MNET and Anglo Gold. She was nominated by Vogue’s Editor-at-Large Andre Leon Talley and won the African Designer Award. Sagoe has also had the attention of prominent fashion media and celebrities like Oprah Winfrey, Will Smith and Samuel L. Jackson at her fashion showing in the USA.

Black Coffee- While showing at Bryant Park’s New York Fashion Week will be a new experience for Black Coffee, the label like Deola Sagoe has also had quality international exposure. Black Coffee in 2009 won the Mercedes Benz Award for South Africa Art and Culture. The win secured Black Coffee a spot, under the same producers of Mercedes-Benz New York Fashion Weeek-IMG, at Mercedes-Benz Berlin Fashion Week where they showed their Spring/Summer 2010. The label is also equally successful selling its merchandize in  retail boutiques across South Africa.

Lion Cloth & Ashes (LCA)- It is almost ironic that Anisa Mpungwe, Tanzania born, South Africa raised designer behind LCA will show her designs on the same major platform with Black Coffee. In 2008, Mpungwe worked as a junior designer for the Black Coffee label after obtaining a certificate in Creative Pattern Construction at the prestigious London College of Fashion in 2007. Her goal was always to have the platform to show her work in Africa. Prior to working for Black Coffee she had worked for South African popular labels like Craig Jacobs and Fundudzi, again behind the scenes.  After her stint with these design houses, Mpungwe launched her label in 2008 and also showed her collections at Salam SA Fashion Week. She indeed never thought she would be shiowing at New York Fashion alongside a label like Black Coffee, international press and buyers.

“My one dream was always to show my work in Africa,” says Mpungwe about  showing at New York Fashion Week. “I would have never for one minute thought that I would ever show overseas, let alone in America.”

Arise African Collective takes place on February 13th, 2010 at 8pm. The show has been moved to a bigger venue, the main tent at Bryant park which seats almost a thousand plus.