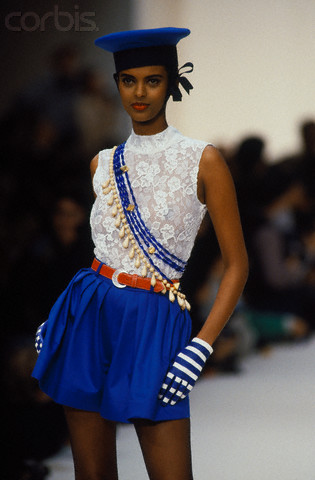 “As part of the Africa Days series of events organized by the German Foreign Office, the German premiere of the continent’s best designers will take place on June 9. This pan-African fashion show will feature samples from two top African fashion labels.

The last few years have seen the development of an avant-garde fashion scene in Africa that now inspires and excites the international fashion community.

The new generation of African designers have settled in Paris, London and New York, as well as in Antananarivo, Marrakech, Dakar and Johannesburg. Their fashions steer clear of ethnic clichés and stereotypes, instead reflecting an urban, cosmopolitan lifestyle. They adapt, transform and recycle their own ideas and others’ to develop a fascinating, contemporary appreciation of fashion out of the cultures and style elements found in the international and African fashion scene.

The context from which the fashion is created also plays an important role. Preserving and upgrading traditional African craft-making techniques is a concern shared by two top designers, Mickael Kra and Anna Getaneh / African Mosaïque.

Anna Getaneh (Ethiopia / South Africa), is a former top model with haute couture designers like Christian Lacroix, Ralph Lauren and Yves St. Laurent, and now a fashion designer with her own label, African Mosaïque. She selects her fabrics in Africa, where they are also processed, and her collections are inspired by all of Africa and its rich textile traditions.

Her fashions are a modern interpretation of these traditions that have a pan-African as well as a global dimension: culturally inspired – globally desired. She relies on African resources at each step of the process – from the initial idea to its story and eventual creation out of fabric.

Many of her creations are dedicated to endangered traditional cultures such as the Omo tribe in Ethiopia with their tradition of body painting. To this end, she sought out a non-governmental organization in Togo that promotes the craft industries (CERAD) and charged it with producing the fabric for her collections. The result is a tribute to the Omo in fabric and fashion that caused a buzz at the Johannesburg fashion week in June 2009.

For the fashion show at the German Foreign Office in Berlin, she has put together a collection featuring the continent’s most talented designers, hailing from Cape Town to Casablanca, from Nigeria to Ethiopia.

Preserving and upgrading traditional craft-making techniques is an issue the renowned jewellery designer Mickael Kra cares about. His exceptional jewellery creations are available from major fashion labels in New York and Paris.

His encounter with the San people of southern Africa (within the framework of a Church Development Service project) inspired a dramatic twist in his artistic career: from glamour to grassroots. He led workshops for marginalized San women of the Kalahari Desert who have been producing jewellery made of ostrich eggshells for centuries, a craft that requires great artistic skill. His new collections, “Pearls of the Kalahari” combine the ancient beauty of San jewellery with a touch of Parisian flair and artistic genius.

In Berlin, Mickael Kra will open the African Mosaïque fashion show with an exclusive jewellery collection.

(Please note that attendance at the fashion show at the Foreign Office is by invitation only.)”

#MBFWJ2017 – Mercedes Benz Fashion Week Joburg Day 2: AFI Privé is Under the African Sun and we love it!