The 2011 BET Awards is right around the corner and will be held on June 26, 2011 at the Shrine Auditorium in Los Angeles. Last year, we had a pleasant surprise when the network nominated, in the BET International Category, M.I., Wale, P-Square and Ghana’s Kojo Antwi, among others.

Africa was very excited! But, what was interesting was the debate that the nominations generated particularly among Nigerians. Many Nigerians were thrilled for the Nigerian stars who were nominated. Other Nigerians felt the award, while deserving, was a bit suspect, given the iconic Sade was placed in the same category with relatively new artists like M.I and P-Square. The debate ensued right here on LadybrilleNigeria.com and how interesting it was as many had something to say about the nominations.

This 2011, as the network prepares to make official announcements of all nominees, we wonder, who are the artists that will be nominated?

Of course when the nominees list becomes official, you all will get the opportunity to cast your votes for your favorite candidate. Until then, we’ll tell you who we think will make the cut and you can of course share with us your own list.

NIGERIA
D’Banj: D’Banj has a BET Award nomination written all over him. Last year, he stayed relevant among fans and media with rumors about him dating Nollywood actress Genevieve Nnaji. This year, looking to take the steam out of that rumor, he played a strong hand with a collaboration with American rapper Snoop Dogg, courtesy of Chris Aire. While his fans were still recuperating from the excitement, D’Banj made yet another move. This time, he made an indirect announcement on Twitter via Kanye West announcing their collaboration. That, of course, made fans go “wild” as in “oshee!” Stirring things up a bit further, BET International released a special interview on the celebrity and once again the internet went crazy. But, it wasn’t all smooth for D’Banj on his way to a BET nomination, at least we think. During the recently completed election cycle, D’Banj shocked and angered millions of Nigerians, including his fans, when he interviewed President Jonathan Goodluck. Many were like, “really? How does a Kokomaster clean up his Koko act to interview a whole President of Nigeria?” Does the Kokomaster still have what it takes to make the 2011 BET International Award cut? We say, “show us the nomination list and we will show you the Koko.” Oshee! End of story.

2Face: Can anyone really see a BET International category without 2Face? There might be an outcry of injustice from fans within and outside the continent. 2Face has been one of THE brightest stars shining from the continent, especially in the last few years. He cleaned up his act, put the baby mama drama behind him and, if anyone doubted whether he still had what it took to sway crowds, that was put to rest last year. 2 Face killed the doubts with an emphatic “yes” by shutting down the house at the 2010 Nigeria Entertainment Awards, with his electrifying performance. If Nigerians thought he could only give that kind of performance abroad, they were in for a surprise treat. 2Face returned home, staged another amazing performance and cemented his place as a living legend. While fans and media alike were still reeling from all things 2Face, 2Face received a stamp of approval from BET with his recent published interview with Nigeria’s Lola Ogunnaike.

Tinie Tempah: Really, is there much to say here? As the Yorubas would say, “Omo Ibo” is really handling the “bizness.” Tempah is a household name in the US, UK and beyond. If Nigerians have been wondering who will bring home the Grammy, they need not look further than Tinie Tempah. Will Tempah make the BET International category cut? We think he is so overqualified for the list. It’d be a surprise if he didn’t!

CONTENDERS
Ice Prince: Granted he has only one hit single, “Oleku,” to his name. However, what that single has done is quite amazing. Crossing boundaries, it somersaulted to Ghana and other parts of Africa. In Nigeria, it rolled from state to state as many newbie artists hit the studio to do their “Oleku” remixes/renditions. Does Ice Prince have the potential to make the cut on the 2011 BET International Nomination list? It is possible; but that would be a list seriously dominated by Nigerians. A little lee way for music stars from other parts of Africa might be what prevents him from making the cut.

Naeto C: There is indeed no denying how relevant the “only rapper with an Msc has remained” even while trying to obtain a degree. In the past year and a half alone, he has won awards, appeared in significant features within and outside the USA, dropped his hit single 10/10 and overall maintained his chill but charismatic vibe. But, is that enough to get him nominated? We are not so sure. It is a close call and depends on what the BET Network is looking for. We think Naeto C has a great crossover appeal into the US market. The nomination list will do the talking on this one.

Chiddy Bang: Chidera “Chiddy” Anamege just sent pieces of shattering glasses through the sky. Nigeria’s son of the soil made history as Guinness World Records title holder for “Longest Rap Freestyle” with a time of 9 hours, 16 minutes, and 22 seconds. Beyond his clear talent and that “Naija no dey carry last” spirit, what else is there to say? On a technicality, however, we think he would be considered an American artist, and as such would not be qualified for this category.

GHANA
D-Black: Seriously, Ghana and Africa STAND UP! There is, unequivocally, no doubt that this is one of the hardest music hustler and entrepreneur out of Ghana, right now. Is that sufficient to get him on the BET lnternational Nominees’ list, “err, yah!” D-Black dropped his Freshman album only last year. But, from 2009-2011 he has forcefully swept the continent with 20 nominations, a handful of which included actual wins. This 2011, D-Black has not lost momentum. Always on his grind and hustle, D-Black now has his reality TV show and has commenced a nationwide Ghana music tour; reaching every corner of Ghana and introducing his brand of hip-hop. Now, if you thought D-Black was only satisfied in going down in Ghana/Africa’s music history books as one of the stronger hip-hop acts from Ghana, think again. D-Black actually wants to extend history into the legal field. Who knew he was interested in law? D-Black just recently filed the first ever lawsuit, by a hip-hop artist, along with his co-artist Kwaku-T against Ghana’s Vodafone alleging music copyright infringement. Determined to make sure Ghanaian artists are compensated for their intellectual property rights, he has the nicely written Copyright laws of Ghana to thank; should he prevail in Ghana’s High Court. Will D-Black be nominated on the BET International Category Award list, “errrrr yah!”

Sarkodie: Hmmm . . . there is no doubt Sarkodie dominates “GH rap” and breaks record as one of the tightest, fastest lyricists out of Ghana. The question, however, is, where are his new hit single(s) or album(s)? To stay relevant, an artist has to serve his fans, media and industry heads with that home made aka studio fresh oven baked music. Sarkodie has simply been too quiet. Nevertheless, anything is possible . . .

OTHER CONTENDERS from Ghana include Kwaku T and Reggie Rockstone. W don’t get much into these stellar artists as we are uncertain there is room to nominate that many from West Africa alone. D-Black has stayed on the lips of many within and outside Ghana. Can D-Black and Kwaku-T be nominated at the same time for their song “Move?” It’s possible.

SOUTH AFRICA
Freshly Ground: Many times, it is so easy to forget a world exists outside Nigeria and Nigeria’s community. Nigerians are so used to dominating everywhere we go. But, there is a world out there beyond Nigerians. The group we anticipate from South Africa that could potentially make the BET International cut has to be Freshly Ground. They prepare for their first USA tour, but independent of that, they seriously made a huge dent during last year’s world cup event with Shakira and their “Waka Waka” dance. How cool would it be if BET Network allowed them to perform with Shakira on stage at the Awards. We can totally see Nigerians saying, “abeg no o. It is good but 2Face is sweeter.” That, we can’t argue with. . . 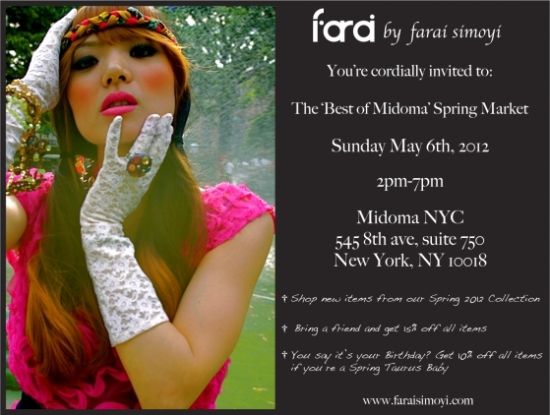 EVENT: FARAI by Farai Simoyi Spring Market Sale, Bring a Friend Get 15% OFF! 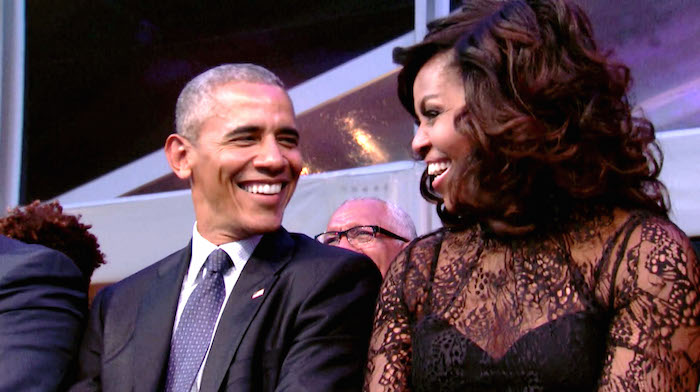