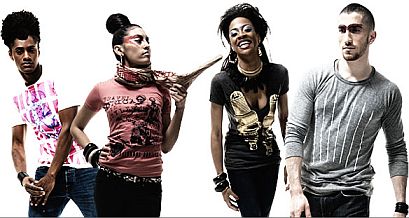 Alexander Derrick is the lead designer of Zulu Rose, a contemporary high-end men’s and women’s fashion line. Alex started designing in 2004 during his corporate stint as graphic designer for MTV and Universal. Feeling the necessity to express himself outside of his corporate confines, the Haitian/Bajan/American designer started screen-printing as a hobby and captured his art on t-shirts. With his daughter brainstorming the name Zulu Rose, Alex has expanded his African fusion designs to women’s wear and accessories. Based in New York, Zulu Rose has been sold worldwide and sported by celebrities including Keyshia Cole. With his pieces selling in boutiques in New York and off his website, http://www.zulurose.com/, his designs have reached Australia, Japan, France and Jamaica. Ladybrille recently interviewed Alex about his thoughts of African fashion. Are African designers the new “escape” artists?

LADYBRILLE.com: It’s a pleasure to chat with you and to [hear] your musings on African fashion. First, can you help us understand who and what is Zulu Rose?
Alex: Well Zulu Rose is basically a men’s and women’s fashion line. In 1999, I was graphic designer working for MTV and Universal in L.A. In 2004, I started screenprinting as a hobby and started doing prints on clothing. People started liking my shirts and the things I wore. I started selling initially to friends in L.A. Crazily, somebody entered a store wearing my t-shirt and I started getting requests from stores. I then started the line and started small, getting into stores by word of mouth.

LADYBRILLE.com: That’s an interesting evolution, but why create a line and why Africa? What is the inspiration?
Alex: It’s actually a funny story. I was working at Universal and I wasn’t feeling the corporate environment. I couldn’t express myself, maybe only through casual Fridays. The only way I could express myself was on the weekends. When I started printing, I was trying to do something with an African flavor because I couldn’t express that African style in corporate settings. I wanted something that was a blend between Western style and African style. My father had spent 10 years in Nigeria and I was inspired by the carvings that he used to bring back. And I just thought there was an absence [in fashion] of the African style of graphics, it was a little too unusual for the market.

LADYBRILLE.com: The name, Zulu Rose is very powerful, what does it mean?Alex: I started doing different research. I started looking at South African fashion and drew a parallel with my designs. That inspiration blended into Zulu Rose, a modern type of African energy, a fusion of western and traditional styles. The name Zulu Rose reflects that fusion. My daughter actually came up with the name of the line and liked how it sounded; it had a good ring to it.

LADYBRILLE.com: Alex, how old is your daughter? I can’t believe a child came up with such a distinct name! I think you may have a child genius in your midst!

Alex: I know, she was four years old at the time, now eight years old. She is very artistic. I was playing around with different names; after listening to me, she just blurted Zulu Rose. I had not been to Johannesburg at the time, but now having been there, the name is even better than what I imagined. In Johannesburg, I spent time with different artists like Zola and kicked it in Soweto. Their response was great.

Alex: African fashion is coming onto the world stage. For example, the Nigerian fashion designer Duro Oluwo is taking African fashion, fabrics and design to another level- a level that can compete with western craftsmanship and design. Zulu Rose is a line is that is on par with other high end western lines. Generally, I believe that African fashion designers and other people within the industry like photographers, stylists, hair and makeup artists are starting to be more competitive. Think about it, fashion doesn’t have any limitations. With people like Barack Obama, a lot of energy is now being focused toward Africa. Now is the time to strike while the iron is hot- if you know what I mean and… captivate the imagination of what people are doing and to go beyond the stereotype that African fashion is sub par.

LADBRILLE.com: I agree, I think people underestimate African fashion because it is still “unknown” and its perceived to lack dimension and dynamic. In that vein, who would you like to see rocking your designs for that global exposure?

Alex: Wow, that’s difficult, can I pass? Well actually, I can say this because he is deceased… hmm, I would love to have dressed Fela Kuti and his dancers because of his energy. I don’t want to put a limitation of who that would be. Zulu Rose is a type of flavor that, to certain people, has an aggressive type of style. I would say it’s for like anybody who is looking for a type of escapism from everyday fashion. It’s about you identifying with you and getting some clothes that takes you to a different place. Hopefully my clothes would open up a certain creative energy.

LADYBRILLE.com: I love that, escapism! Very poignant indeed. Wouldn’t we all love to embody the energy of Fela? You hope your designs will open up a creative energy for others, but who are your favorite artists/designers/muses that feed your creative energy?

Alex: That’s a good question. [John] Galliano is interesting, Alexander McQueen. I like the wild fashion, over the top pageantry type of imagination. But I also like clean lines of street wear-things from Holland- designers like Cheap Monday. It’s simple and straight to the point. Both of those energies are me. Musically, my wife Wumi, is my muse. She is Nigerian, a recording artist. Her music is like Afro-fusion, a type of dance energy. Her style is modern African that is not cliché. Her clothes have an African feel, but not necessarily an African silhouette.But I also like Keziah Jones, I like old rock & roll. I like old audio recordings, the music gives visions in my head and then I start to put graphics together. I also have an interest in ancient Egyptian art. I love all type of art from antiquity.

LADYBRILLE.com: Ahh, we must chat with your wife for an interview! These days, many emerging designers stand behind some kind of movement. There is a lot of blending of political and fashion energies. It makes fashion interesting and transcends the notion that fashion is simply clothes. What is your cause and what next?

Alex: Well… I wanted to create a whole lifestyle in the set of products. I wanted t-shirts for the mainstream market; it’s a type of garment that you can get a good price point. Now, we are introducing tunics and what not. We are transferring graphics to show progression from t-shirts and to demonstrate how graphics can translate for an unusual piece. We are exploring with accessories, sunglasses and bags to answer the demand. We are keeping in the Zulu Rose philosophy of making things accessible, scarves, a few limited edition pieces, something funky for fall, ponchos, you know.Lately, the whole organic trend is jumping off, you know- green fashion. Zulu Rose is definitely a green company. But then again, traditional Africa is very organic anyway.

Africa is built on, developed on, organic energy. Most of our t-shirts are from organic cotton. In the fall, some of the heavier fabrics and heathered type of fabrics will be a blend of organic cotton, recycled polyester and rayon. We use environmentally friendly inks for graphics and all chemicals used are recycled.

LADYBRILLE.com: That’s fabulous, fashion and the earth. For years and even now, the fashion world has failed to implement policies of inclusion. Your fashion is intriguing because you are inspired by a lot of global innovators like Keziah Jones, Duro Oluwo. I think a lot of people will relate to your design philosophy of drawing into nature, and bringing attention to climate change and global warming.
Alex: Yeah, most definitely, Zulu Rose will continue to be on that particular eco-friendly lifestyle. But its interesting that Europeans can sell everywhere, like Vivian Westwood’s Anglomania. With Africans, we can do the same thing. I think it’s all about packaging. I put the best into what I’m doing. Zulu Rose is for everybody. We are all Africans and with the internet, everyone can get something funky.

For more info. on Zulu Rose, visit the site at http://www.zulurose.com/ 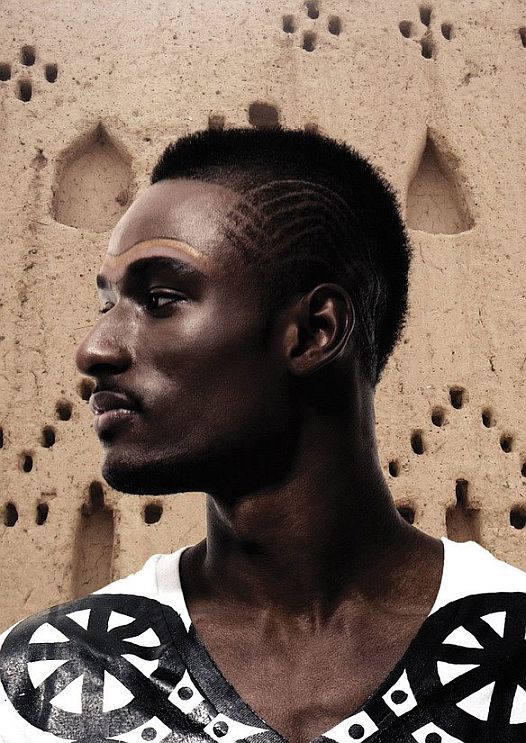 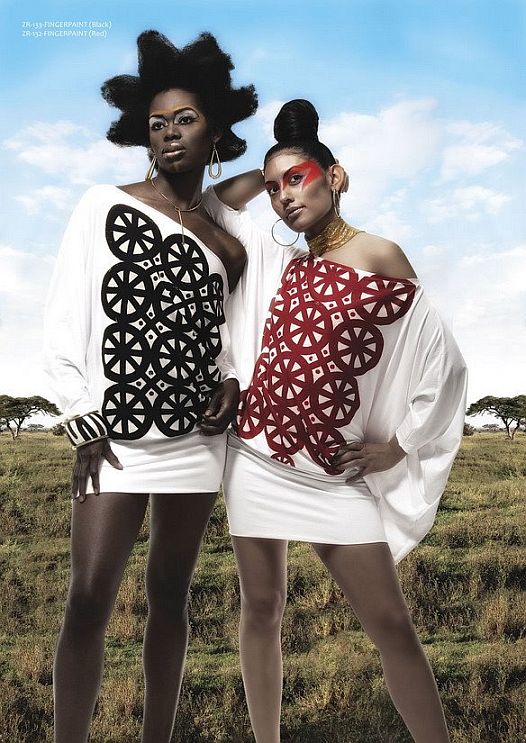 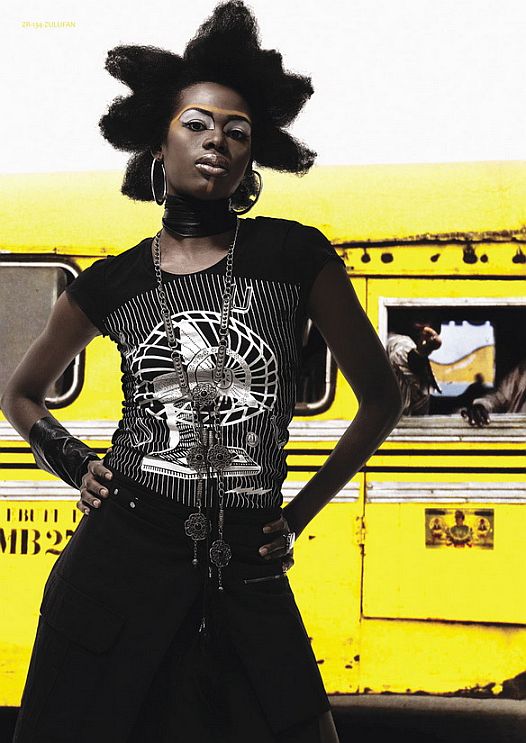 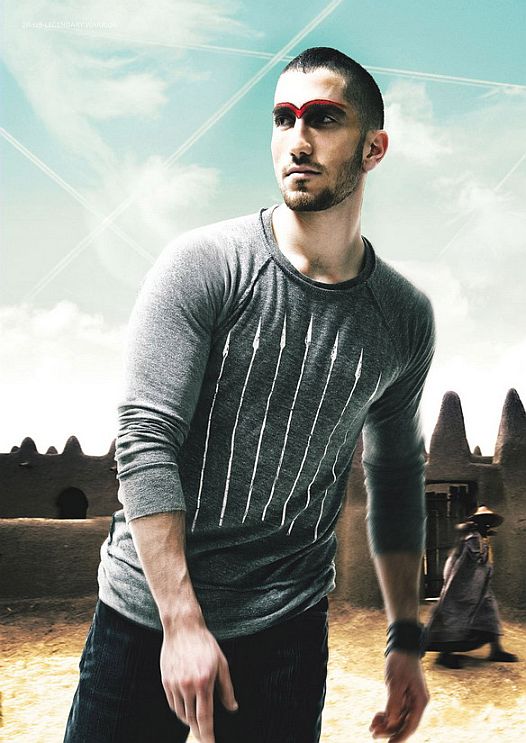 WATCH: MAKERS’ ‘WOMEN in BUSINESS,’ A Documentary on the Last 50 years of Women who have Transformed American Business. #Makersfilms 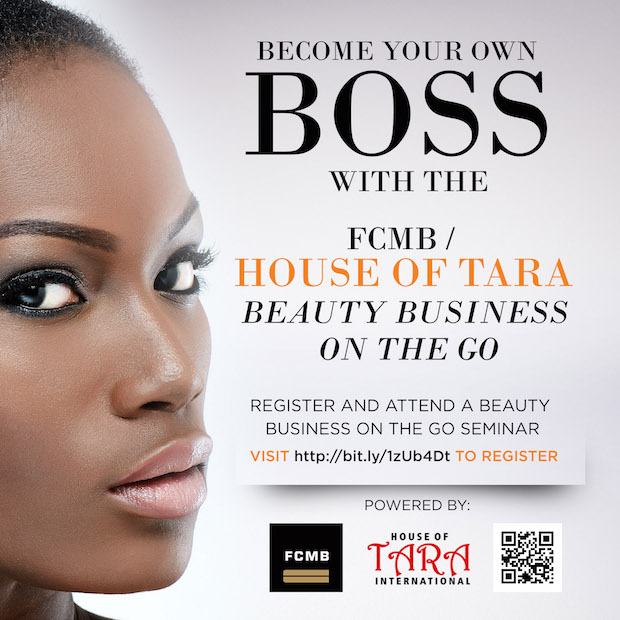 House of Tara (HOT) to Train and Empower 5,000 Beauty Representatives on how to Start an Empire. 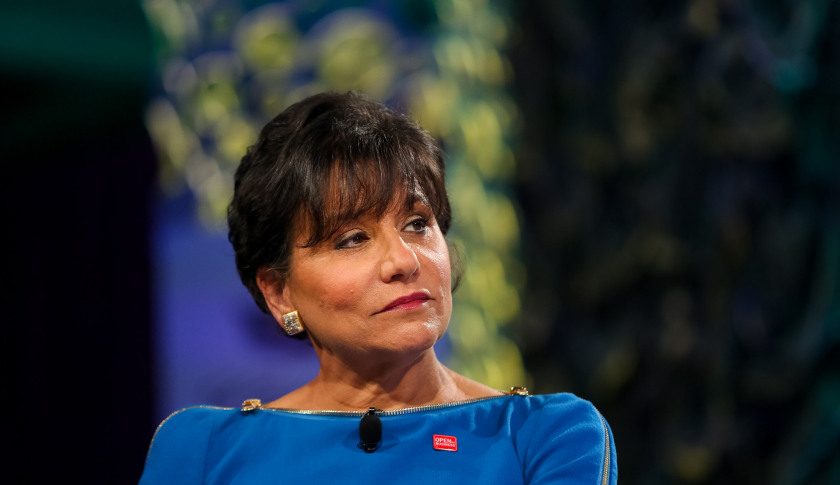 Video| How to Turn Your Customers into a Community – Christine Day, LUVO, Inc.