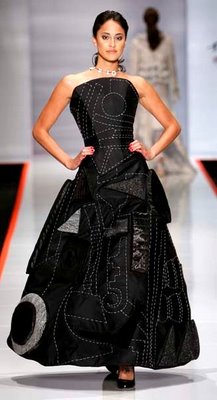 What do you get when you take unwanted, unusable, torn and/or stained clothes, transform them into one-of-a kind couture and/prêt-a porter pieces, and then auction them to the fashion-forward, with proceeds going to the poor and homeless? You get Discarded to Divine!

Benefiting the St. Vincent de Paul Society and hosted by the Academy of Art University San Francisco [AAU], with sponsors such as Macy’s, the 2008 Discarded to Divine event was compassionate, socially conscious and heart warming. The event held April 26th, 2008, began with a silent auction and cocktail reception. At the cocktail reception, the event’s “green/recycling” theme could be felt, even down to participating food and drink sponsors such as Whole Foods Market, Fiji Water and Alive! Vegetarian Cuisine. At the silent auction, there were over a 100 designs as a room full of guests chatted, drank, nibbled on “green” and not so green foods and bidded on their favorite designs.

Once the silent auction closed, guests made their way to the main event for the fashion show and live auction. The fashion show saw some runway stunners like Rob Curry & Milen Krastev’s Fragonard Lady & Fragonard Groom, made mostly with recycled jeans, Jessica McClintock’s Un Visage Romantique and AAU’s Sawanya Jomthepmala’s Nevelson Corset and Skirt, which drew applauses from the audience. The stunner of the stunners, however, had to be the very fierce and sassy Syoryu Dress and Corset by AAU’s Kaiya Tyson. Tyson found inspiration in Aurora by Honda Syoryu. Her design, a very couturish black ball gown and a leather corset made from a used briefcase, was a show stopper that had the audience cheering loudly and bidding competively for it.The 2008 Discarded to Divine event raised $85,000, double the amount raised last year, and attracted twice the amount of people from last year with over 1,000 in attendance.

St. Vincent de Paul Society is one of San Francisco’s oldest non-profit organizations providing assistance at each of its service centers where various programs are available to help the neediest members of the San Francisco community such as the homeless, poor, addicts and domestic violence victims become as self-sufficient as possible. Through its various programs, the organization helps more than 1,000 people every day. 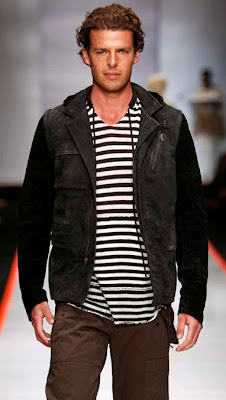 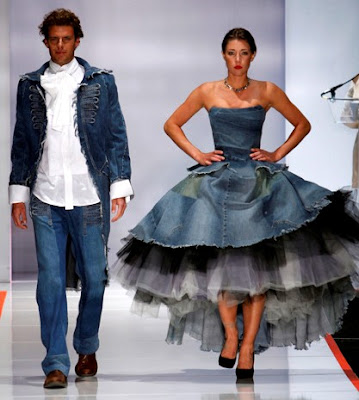 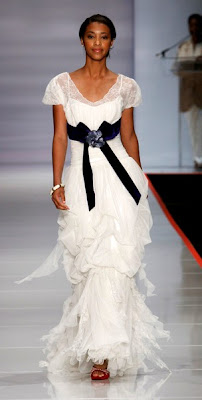