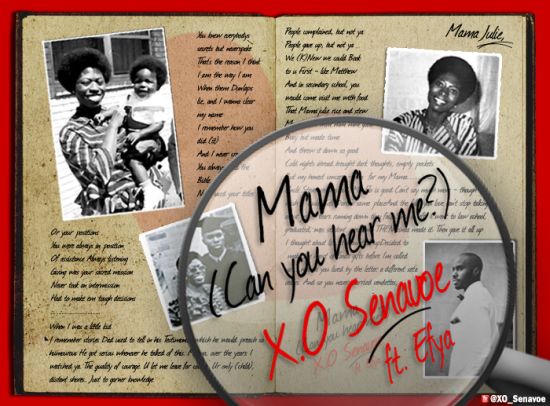 X.O Senavoe, self proclaimed Mr. “Extra Ordinary,” emerges from the Ladybrille superteam of ‘15 breakout artists of 2010‘ as a growing goldmine, and as we have kept our eyes on the prize, we expectedly push his latest gift ‘Mama (Can You Hear Me?) featuring Efya’ your way.

Born in the U.S.A and of mixed Ghanaian and Nigerian parentage, Ladybrille’s glowing star comes forward to offer you a cordial invitation to meet his mother. After tragically losing his father at the tender age of 10, followed by the death of his mother in 2004, we interpret that Mama (Can You Hear Me?) is a flood of emotion intending to serve his feelings, as the otherwise celebratory Mother’s Day approaches, as a moment of soreness for the rapper. Senavoe himself touchingly explains: “it is a love letter to her, and a beautiful reminder for us to appreciate our mothers . . . recognizing the sacrifices they make to get us where we are.” So this second Sunday of May, for our U.S counterparts, it is with a solemn ear that we receive X.O Senavoe’s latest offering that features Ghana’s talented voice, Efya.

A rather formal introduction sings: “for the love you gave me, you were always by my side” while it presides over X.O Senavoe’s flow, which when integrated with the beat, reminds us of an era very reminiscent of an intermix between rap greats Common and Tupac (who found crossover fans with 1994 world hit ‘Dear Mama‘). In that case, we can’t help but wonder if the “heavy heart” he engages to talk of his mother’s sacrifices: “you almost died giving birth to me” would be sufficiently vivid over a more unique backdrop, as opposed to being lost in the contemporary 90’s hip-hop grooves.

When the chorus drives in, it sticks in second gear, because although Efya asks “mama can you hear me?”, the chorus lacks the enthusiasm and desperation that seeking your mother may conjure. However, just as a tear is sometimes slow in finding it’s outlet, we are later introduced to a vocal explosion as the song closes. Both Senavoe and Efya allow personal emotion to dominate the track for the first time and we are effortlessly captured in this beautiful landscape.

In comparison to the lyrical prowess recently showcased on American star rapper Fabolous’s You Be Killin’ Em, titled C4, we are reminded of his doubtless skill. However, even if his mother can hear him, he’ll need to shout slightly louder for our attention, because as the closing exhibits, we hear X.O Senavoe’s passion much better when it floods.

We must also join X.O Senavoe and Africa’s Music Industry to send our deepest condolences to young Nigerian rapper Ice Prince (X.O Senavoe’s “brother in and out of music”) who lost his mother following the M.I 2 UK Album launch that occurred on the 28th of April, 2011.

To all of you, our brilliant “Ladybrillers,” Happy Mother’s day and don’t forget to “WOW” your mama this Mother’s Day weekend!

Artists, for a possible feature on Ladybrille, send your press information to (music@ladybrille.com) 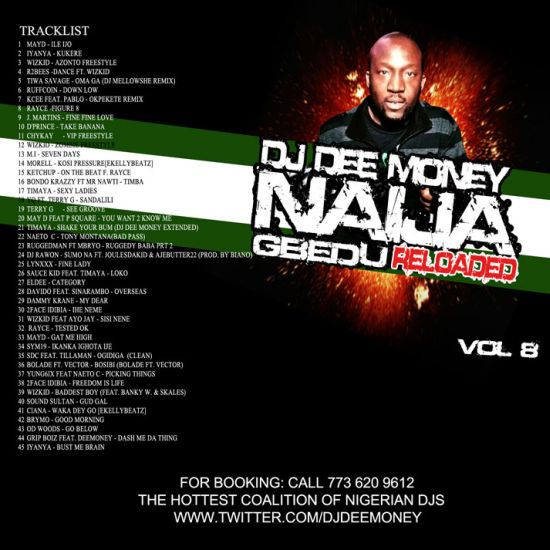