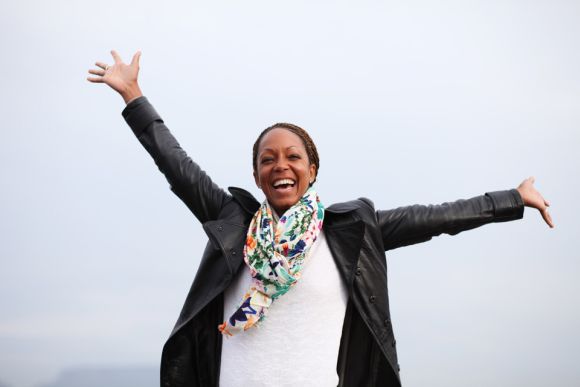 The four special documentaries will follow the exploits of participants in the leadership programme Desmond Tutu leads, which attempts to build a new network of African leaders who are together committed to tackling their countries’ most stubborn problems.

Viewers will witness the legendary archbishop pass the baton of moral leadership to these emerging leaders who are drawn from across Africa.

Once they pledge themselves to Tutu’s mission, the participants are put through group tasks designed to bring out their true colours – from conducting a choir to cooking under pressure.

They are provoked to re-examine their opinions in debates on the most controversial ‘African’ issues – racial hierarchy, corruption, privilege, and Western democracy. This experiment also pushes them out of their comfort zones emotionally, culturally and intellectually.

With exclusive access, the series follows Tutu’s class of 2012, focusing in particular detail on the lives of five very different participants, as together they are coached to become a ‘moral task force’ for Africa.

The young leaders are followed in their home cities as well as during the coaching, with filming in Tunis, Cape Town, Kigali, Johannesburg, Oxford and London over a period of seven months. Tutu’s fellowship is run in conjunction with Oxford University.

Al Jazeera director of programmes Paul Eedle said, “Tutu’s Children offers a rare chance to witness a turning point in the lives of those who may one day change the course of Africa’s history. The travails of our fantastic onscreen characters will entertain and will also give our viewers a strong glimpse into the big issues affecting Africa.”

This series will begin on January 10th 2013, and transmit for four weeks at the following times GMT:

From inventor to investor.

A scientist from a privileged background, Marc left his job as partner with global management consultancy firm McKinsey to become a private investor.

He now uses his commercial knowledge to help small businesses that benefit society in some way. By helping them, his vision is to help boost local economies, and in turn help catalyze an African economic renaissance.

Marc’s one nagging doubt is that post-colonial Africa may not yet be ready for a white African leader. Will his experience during the series give him the answer?

“We are here to establish a new style of leadership, not more dictatorship!”

The unstoppable Zied demands to be heard.

Medically-trained, he has also worked on the ground to treat Africa’s biggest public health problems and taboos.

But fresh from the front line of Tunisia’s revolution, some of his fellow Africans find his fire for democracy provocative.

Married to singer-songwriter Kesang Marstrand, there are many sides to Dr. Zied.

“If you were to scan my heart, you’d see the shape of Africa.”

CEO of YSWARA, a luxury tea company, Swaady often has a cosmopolitan approach to the continent’s problems.

A child refugee, Swaady’s family fled two violent coups. By now, she has lived in 11 countries and is convinced that Africa’s outlook has to change and that she has to be involved.

As one of multinational General Electric’s first female African leaders, she headed up transport development for sub-saharan Africa.

Divisive and nurturing in equal measure, she’s pushing for African women to take what she believes are their rightful positions in a man’s world. So much so, that she controversially only employs females, and buys from females.

Bringing a touch of glamour to development, she’s passionate about African fashion.

When she returned to Rwanda after the genocide as a teenager, she found her generation had lost all hope in the future. But shebelieved that through stories they might find both escapism and hope.

So she began by selling her own books from a small store in her spare time. Now her company helps spread English literacy in schools by representing UK publisher Pearson in Rwanda.

Lydie wants the next generation to imagine a happier story – not easy when painful memories are still very raw.

As first-hand witness to the anti-Apartheid struggle for black emancipation, Ndumiso believes passionately in the power of the law to protect civil liberties.

Having made it from the volatile townships of Johannesburg to the colleges of Oxford, then to his own law firm, he now plays a top role in South African business.

But never shy to express an opinion, will he intimidate people? Or will they just see him as the ‘big brother’ of the group? Ndumiso carries a presence and aura.

The Africa Growth & Opportunity Act, What You Should Know