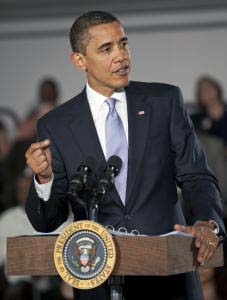 President Obama’s employer mandated health care bill is not sitting well for many, especially small businesses. The concern for these small businesses (fashion,film and music companies included) are its tax implications and penalties. However, unlike most of the business community that are against the bill, Walmart, the nation’s largest private employer, supports the bill.

“We are for an employer mandate which is fair and broad in its coverage,” declared Wal-Mart in a joint letter to Obama with the Service Employees International Union (SEIU) and the liberal Center for American Progress. “Any alternative to an employer mandate should not create barriers to hiring entry-level employees.”

Walmart’s move has sent chills and caused consternation for many retailers and small businesses across the country.

Walmart arguably will not feel the pinch as much as small businesses becuase of its size and ability to spread its coststo its large pool of consumers. Nevetheless, with the heat coming from the business community against Walmart’s position, it remains to be seen whether this major ally for Obama’s health reform will back out of its position, afterall it has in the past been an opponent of employer mandated health insurance.