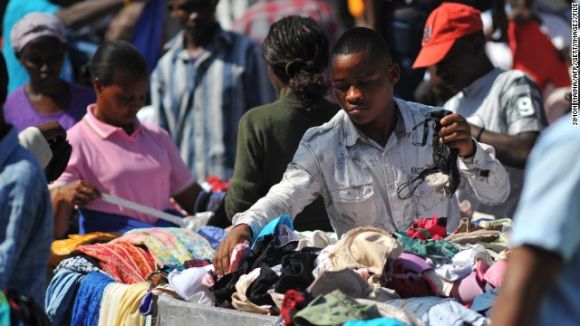 “Inside one of the many busy open markets in Kampala, rows of hanged trousers and dresses swing in midair, casting a shadow over the colorful stacks of unsorted clothes sitting on rickety wooden stalls.

Amidst the hustle and bustle, bargain-hunting shoppers rummage through the large piles of printed t-shirts, short-sleeved blouses and retro jackets in search of a great deal.

This is the Ugandan capital’s version of a thrift store, fully stocked with second-hand garments from the West. Here, European-made clothing, American sports jerseys and designer labels are all offered at discount prices, turning second-hand markets like this into a prime destination for cheap garments.

“Things from U.S. and UK, London, they are nice,” says Karol, owner of a local second-hand market stall. “My customers keep on coming.”

The sale of Western cast-offs starts with charities in European and North American countries that earn money by offloading donated clothes they cannot find buyers for. The unwanted used clothes often end up in landfills. Increasingly, however, they are also being purchased by wholesalers, who then sort, label and package them into containers for export to different markets.

A large portion of these previously owned clothes ends up in market stalls across Africa — according to an Oxfam report, used garments account for over 50% of the clothing sector by volume in many sub-Saharan African countries.

For customers in Kampala’s bustling markets, however, this is no dumping ground. Instead, these clothes are as desirable as they are affordable.

“Yes, the price is right and the clothes are still looking good,” says Brenda, a local shopper.

In the beginning, it appears to be a win-win situation for everyone involved; Western charities receive much-needed revenue, African buyers with weak purchasing power get low-priced, well-made clothing, and merchants find eager customers for their merchandise.

But some experts say that the mass influx of cheap hand-me-downs from the West could have a much more negative impact.

“The long-term effect is that countries such as Malawi or Mozambique or Zambia can’t really establish or protect their own clothing industries if they are importing second-hand goods,” says Andrew Brooks, lecturer at King’s College London and co-author of a study called “Unravelling the Relationships between Used-Clothing Imports and the Decline of African Clothing Industries.”

“Your t-shirt may be quite cheap for someone to buy, but it would be better if that person could buy a locally manufactured t-shirt, so the money stays within the economy and that helps generate jobs,” he adds. ”

S&P analysis: What Weinstein could bring to Colony’s table in a deal 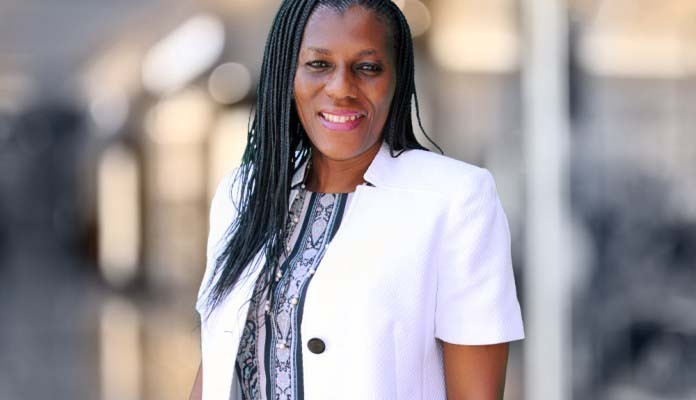