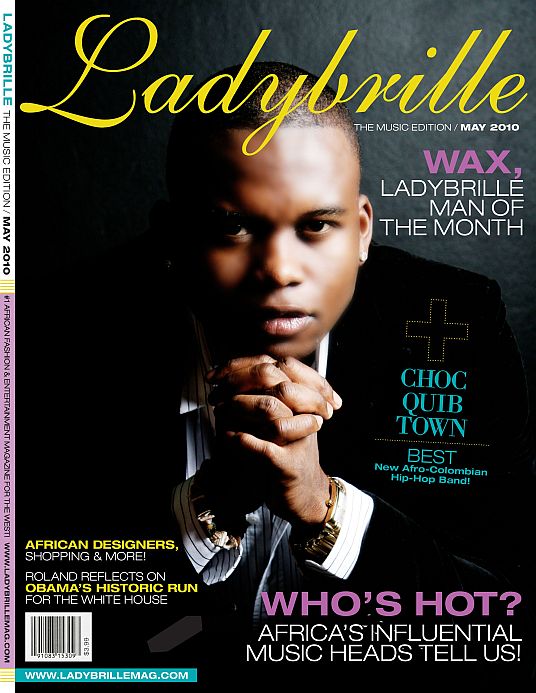 Singer Wax, Ladybrille Man of the Month from May 2010, has been quite busy applying music in the field of sociology and social work. He sent the information below to us letting us know how music can be a useful tool for child development and emotional healing.

Music provides a powerful, yet underused tool for the early development and emotional healing of children, according to international NGO, Save the Children.

This conclusion was made upon the completion of the ‘Peace of Mind through Music’ pilot project, co-run with Lolhiphop Records between November and December 2010.

Professional musicians, Wax and Tshepo Machitele worked with music therapist, Karen de Kock over a period of six weeks at a children’s shelter in Soshanguve. They used music and musical exercises to help 25 children to, among others, develop socially appropriate behaviours and interpersonal skills, eliminate maladaptive behaviours, develop and remediate communication skills, and deal with the challenges of their vulnerable circumstances.

“The evolution of the children during the period of the project demonstrates that music can contribute significantly to the physical and emotional wellbeing of children, particularly those in vulnerable circumstances,” says Rodney Knotts, Regional Advocacy and Communications Officer for Save the Children.

Many of the children showed great improvement in their communication and teamwork skills, as well as increased focus, confidence and discipline. This was done through enjoyment activities during which they associated musical exercises with their daily routines and experiences.

The exercises included coordinated drumming, guitar playing and singing, and Guided Imagery and Music (a form of music therapy whereby pieces of music are used to evoke and address deep-seated emotions and experiences, both positive and negative).

The exercises were found to be particularly effective with the younger children (between the ages of 6-12), who proved to be more participative and innovative than the older children.

“One encouraging outcome was a subtle neutralization of bullies among the children at the shelter,’ notes Music therapist, Karen de Kock.

“Certain children who appeared to have been suppressed were becoming more confident, while those who had teamed up to suppress others appeared dismayed and often tried to avoid the exercises.”

“I feel positive and energized, and music really helps me to be creative and confident.” noted a 17-year old orphan after a session during which he willingly shared his story.

A 12-year old girl said during a session that ‘I cannot beat the drum hard because I am sad today.” After the session, she said “I feel much better and I think next time, I will play a happy song.”

A six year old boy refused to be kept away from the exercises despite the fact that he had an eye infection that caused him pain. His continued participation resulted in a consistent growth in confidence and self-expression.

“Music therapy is used successfully in many parts of the world to assist not only personal development, but also the mental and physical healing of patients,” explained Nde ‘Wax’ Ndifonka, founder of Lolhiphop Records.

“However, it is underused in South Africa. This project shows its effectiveness and a long-term commitment is needed in order to ensure more sustainable results”

The project was initiated by Save the Children after meeting with Lolhiphop Records artist, Tshepo Machitele, who himself grew up in a shelter, and whose music addresses the challenges of children in similar situations.”