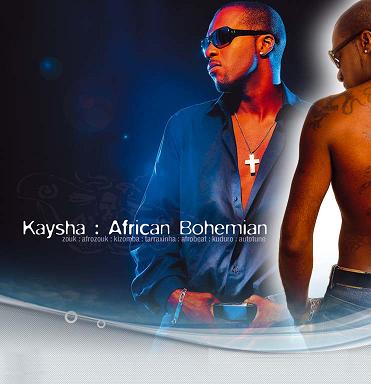 Kaysha whose real name is Edward Mokolo Jr. is an exciting artist with great flexibility. He is an entrepreneur, producer, musician, designer, film director/producer, a father, multi-talented, multi-lingual.Whether it is giving us worldwide hits like “One Love” or doing a collabo with a rap hook with the equally talented K-reen, you will never find Kaysha wanting when it comes to showcasing his diverse creative talents and infusing the many languages he speaks to express his creativity. Born in the Democratic Republic of Congo, in 1974, Kaysha immigrated to France at 7. The handsome and talented artist talks to LADYBRILLE.com about his life, music, business of music and family! Enjoy and click hereto see how to win an autographed KAYSHA CD!

Kaysha: Thank you so much, it was done from the heart so I appreciate the compliment…
LADYBRILLE.com: Kaysha, what don’t you do? Entrepreneur, producer, musician, designer,film director/producer, a father, multi-talented, multi-lingual, you are a super human!

Kaysha: Nah, I’m just trying to enjoy and make most of this life interesting. There are so many ways to enlighten your soul and most people just live a succession of gray moments. I’m trying to live in a brightly colored universe. . .

LADYBRILLE.com: Hmmm . . .how difficult is that juggling those various hats you wear?
Kaysha: I love calling it breathing. There’s no difficulty in breathing in the way that you do it naturally without thinking about it…That’s the way I approach my different endeavours. I’m not wondering how to, I just do. And I learn from every mistake and every experiment. People often don’t do things because they are afraid of what people might say. Well, I do things because I like doing them in the first place, then, if people love it, that’s a blessing. . .

KAYSHA THE MUSICIAN
LADYBRILLE.com: Let’s start with your music. You’ve got such an eclectic style: Zouk, Salsa, Hip-hop, R &B, Afro-Carribean. How do you stay so versatile and relevant for your diverse fanbase?

Kaysha: It comes from the heart and there is a color. It’s like different flavors of the same candy. That’s why I call it “candyzouk.” I try to add what I learned from a country to another, so people can always find an ingredient that they can relate to.

LADYBRILLE.com: You are from the Democratic Republic of Congo. What is the current state of Congo’s music industry?
Kaysha: I live in France, so I can’t really talk about it like someone who’s there. People tend to associate congolese people with Rumba & ndombolo and nothing else. But there is a diversity and true talent that is waiting to emerge, and I hope that in the coming years, I’ll be a part of the revolution that comes from Africa.

LADYBRILLE.com: What about the state of Congo’s fashion industry? I feel like there is a disjunct in Africa’s entertainment industry where fashion and music work hand in hand to make each industry even stronger?
Kaysha: Personally, I wouldn’t really talk about an industry when there is clearly a lack of ways to help the artists, designers, musicians, e.t.c. protect their work of art, retain rights for what their intellectual property, get real exposure trough the continent and abroad. And again, I’m not immersed enough into the continent to be the one to give an insider’s opinion. All I can say is that there is a real load of talent and I would suggest they try to build a real network that’s solid instead of waiting for someone to make it happen.

LADYBRILLE.com: Back to your music. The ladies go wild especially when you perform songs like “One Love” and “I Just Wanna Love You,” among many. Do you have any particular preparation or routine before your performances?
Kaysha: I just do my cross sign and meditate buddha style before each performances. . . I think that they really get touched by those songs, maybe because they are true songs from the heart inspired by real people.

LADYBRILLE.com: Tell us some of the awards you have won?
Kaysha: Three times Kora awards, nominee Best African artist MTVE, MJTX awards, and countless other little trophies but none of them compare to my parents pride.

KAYSHA THE BUSINESS MAN
LADYBRILLE.com: [Smiles] You are very much a man who is about the business of music. Tell us about your entertainment company Sushiraw. Why did you decide to strike out on your own?
Kaysha: People see me as a businessman, but I’m just someone who wants to give music to the people the best way I can. And I just realised that I needed to build my own road because the vision I had 10 years ago wasn’t understood by the people I worked with back then. And still now, in this globalized world where the information travels at the speed of light, people still try to limit themselves to their origins, city, street, e.t.c. I’m going exactly the opposite.

LADYBRILLE.com: {True talk}What kind of challenges do you face as a business owner and how do avoid spreading yourself so thin with the many hats you wear?
Kaysha: As a friend said, never lie to yourself about what you can do. If you’re good at this and this, just focus on those things and find people who are good at what you need. I’m not doing everything by myself, I have a great team of talented artists, business partners, radios, deejays, people all over the internet that understand the vision and follow the path. When I shoot a video, I have a vision and I hire the right people to make things happen the way I want. When I’m in the studio and I think of a nice guitar riff, I will hire the right fingers to play those riffs. Then there are a lot of things that when I see people do, I just learn from it. Suck the powers out of you [laughs].

For example mixing. I was always dissappointed that the songs sounded ‘phatter’ at home but thin after the professional mixer did his thing. As soon as you are ready to try and understand the process and know that all this is subjective, there is not one good mix but many different approaches to making things sound the way you want to hear them. Then you got tools to achieve this and anyone with patience can learn how to master these tools. Same goes for editing, shooting videos, understanding lighting, making websites, e.t.c.

LADYBRILLE.com: Now that you are a producer who also knows what it is like to be an artist, how do you make sure you cater to the company’s need to make a profit and that of the many artists under your label?
Kaysha: Being both, I can understand the frustrations of being an artist that feels that no one understands him. And at the same time, as a party freak, I know what’s playing in the clubs and what I like to dance to. So as a businessman, I can visualize the thing with different angles and take the right decision. If one beat will not sell but make you happy, why don’t we record that non-commercial song, give it away for free on the internet, then we sell the commercial one? That’s the kind of pragmatism I have developed over the years.

LADYBRILLE.com: I see you also dabble in the business of fashion with T-shirts of all kinds. Do you design ALL of them like your site says?
Kaysha:Yes I do. For now, I just do this for fun because I just like the idea that when I have an idea, I can wear it, just like I do for music. And that’s the way I do for everything. That’s the way I think for music, websites, films, music videos, e.t.c.I learn how to do things myself so I do not need nobody. Then when I hire someone to do the work, it’s because I like what he does, not because I couldn’t do without him.

KAYSHA THE FATHER
LADYBRILLE.com: I understand you are a father. How old is your son?

Kaysha: It’s been 5 years since the miracle of life.
LADYBRILLE.com: What’s it like being a daddy?

Kaysha: It makes you strong and weak at the same time. You’re a hero and you have great responsibility. Every day I wake up and hope that I will be up to the challenge. Because at the end of the day, you need to feed your family and raise your child with that good African education of respect for the values of life. Being a father made me respect my parents a lot more. Because I wouldn’t be here talking 6 different languages without their wonderful education.

LADYBRILLE.com: Wow! I know you’ve put Congo on the map through your music and getting the word out via social media. Tell us the social media you use and which ones are your favorites?
Kaysha: I don’t just put Congo on the map but the whole African generation. Metissage and unity is our only way to survive. I think I’m all over the internet. I understood the power of the net in 1996 when I designed the first version of Kaysha.com . Social media just gave us African artists exactly what we needed to open up to the world without even the need to have some jerk listen to our demos and not understand the value of art. I use facebook, myspace, viddler, youtube, flickr, twitter, odeo, imeem, ilike, hi5, e.t.c. It’s a great way to communicate with people, fans, interact, people can send me sms directly from twitter and hear my last tracks on myspace, follow me on tour on my videoblog at kaysha.com/kaysha buy my songs on itunes, and so forth. It’s a new world and we can make this giant jump if our leaders understand that the internet is a chance for our youth, our artists, our scientists, doctors, if we use it well of course.

LADYBRILLE.com: What next for Kaysha? When are you dropping your next album, and where can our readers purchase your music?
Kaysha: Well, I have a new double cd coming in october, a best of 1998-2008 ready for April and loads of free songs and songs to buy. The good start is to check [here]
and buy my music cause I love you. [laughs]

LADYBRILLE.com: Well we love you too. “One love” right back atcha! Thanks for taking time out of your very busy schedule for us.
Kaysha: Much love.

Artist to Watch: Ash Hamman, Don’t Sleep on Him! 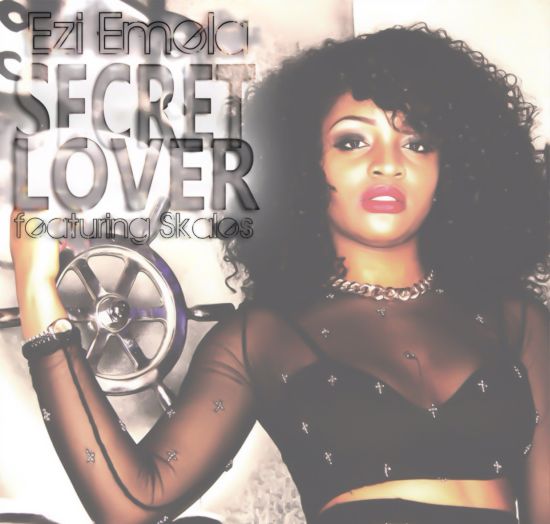