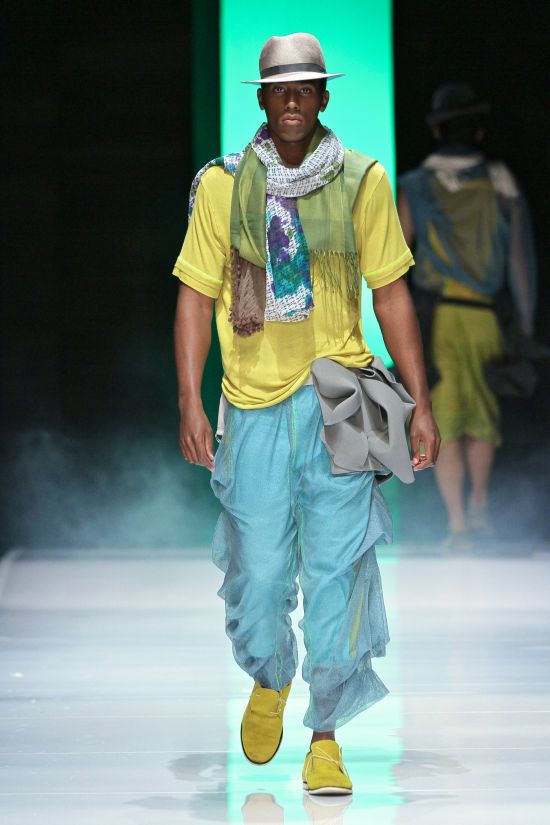 “After graduating from LISOF in 2000, Roman Handt freelanced as a designer for various Johannesburg based companies. He then travelled to Belgium and received much valuable work experience as a freelancer until he returned to Johannesburg in 2007 and started working on opening his new, eponymous label, which was founded in 2011. His objective is to change the scope of traditional menswear through the design, detailing, fabrics and method of construction of the garments. He tries to redefine traditional menswear by using innovative fabrics and handcrafted detail. His greatest achievement so far is to have started a solely owned business that has been very successful and self-sustained. His clothing reaches out to any worldly individual, who is interested in exploring new aspects of men’s fashion.

His current range, ‘The Aesthetic Terrorist’ is all about using fashion as a form of protest and expression. Garments have been riddled with bullets and pelted with pain and dye bombs. He tries to convey a social and political statement of the city of Johannesburg.”