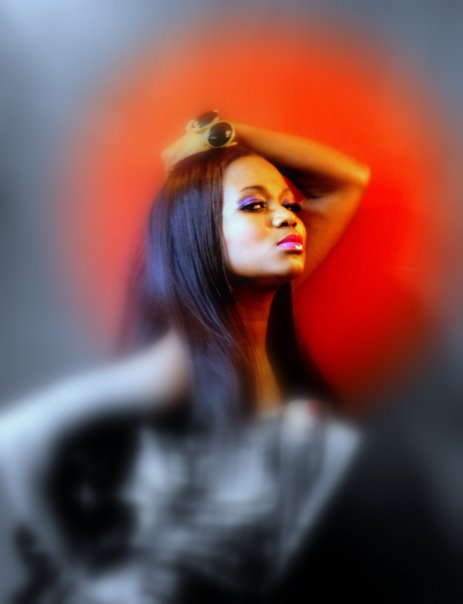 Known for her stage presence and strong live performances, Lami Phillips is a Neo-Soul, Afro-pop singer and songwriter to watch in 2010. “Put me with a live band and I forget everything around me,” exclaims Lami to Ladybrille Magazine. “I love and live music. I love the spontaneity and the truth that comes from it. People seem to really love my work but it’s just me doing what I do in the shower. . .in my car . . . in my head,” adds Lami. Lami who just debuted her Freshman album ‘Intuition’ hits a home run on her first try with sixteen solid tracks that is bound to have music lovers worldwide swooning over it, no exaggeration. (Click here for album review).

Born in Chicago, Illinois, Lami Phillips attended high school at Queen’s College in Lagos, Nigeria and later Roedean School (independent girls’ school) Brighton East Sussex, United Kingdom. Upon completing her studies at Rodean, she enrolled at the University of Kent completing her studies at Nottingham. In further pursuit of her educational goals, she relocated to the USA to obtain an Executive MBA at Penn State University in Pennsylvania.

Naturally, it would seem Lami, after an Executive MBA degree, would venture into the corporate world. Not so. “I actually believe I was born a musician. I don’t think I had much of a choice in the matter. It was all a matter of time and chance,” says Lami to Ladybrille Magazine. When Lami was eight years old, her teacher forced her to audition to sing in one of the school’s singing events. She auditioned and was chosen by the same teacher to be the lead singer in the school’s singing event. “It was the first time anyone said, “you can sing,” explains Lami. “ From then on I guess destiny took over because music is in me. It’s my breath of fresh air. . . my way of life. . . so I’m magnetized to it in every way!”

Lami indeed became “magnetized in everyway” performing from eight years until present. In the last twelve years, she has professionally immersed herself in every aspect of the music business: studio time, voice training, music courses, live shows and concerts, determined to fill the music space with much needed fresh, talented, uplifting and funky sounds.

While Lami gained a wide breadth of music experiences in the West (UK and USA), for her it was clear and conclusive that after her studies at Penn State, she would return to the motherland. “I was done studying. I was ready to move back home and make a difference,” explains Lami. “At the time everyone said you have a passport your husband too. Why would you go back home?” adds the singer. “I asked them, “why not?” My kids have to grow up and know a better Nigeria and it starts with me.”

A better Nigeria and Africa at large she is creating with the recent debut of ‘Intuition’ which, objectively speaking, appeals to music lovers, worldwide.

‘Intuition’ is Jill Scott, Jay Z, Seal, Sade, Anita Baker and 50cents, among many influences all rolled into one. Indeed it is no surprise considering how varied her musical influences. “Kim Burrel, Common, Sarah McLachlan, Meschell Ndegeocello, Talib Kweli, D’angelo,Sade, Seal, Etta James, Anita Baker, Joss Stone and 2pac are some of my musical influences,” explains the singer excitedly. ” I could go on and on.”

The talented singer who also has a background in theatre does not rule out the big screen or performing on Africa’s Broadway. “I love Broadway . . . big time! I’d love to do theater work and musicals but I think that’s it. . . lets see what the future has in store.”

The future, it seems, has great things in store for Lami Phillips.

Listen to Lami’s songs on MySpace here
Listen/purchase ‘Intution’ for a limited offer of $4.99 here.

Rotimi ft. B Madison 'Without You' (Music Video)