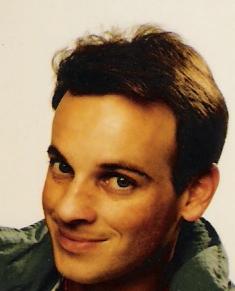 The National Bargaining Council contends that these companies are paying their employees excessively low wages. The police were present at two factory sites yesterday when Writs of Execution were served on the companies. The factories were shut down and the staff told to leave the premises. A further two factories are to be closed this week.

Alex Liu, Chairman of the Newcastle Chinese Chamber of Commerce, said: “This is a no-win situation, but we have been forced to take this drastic, risky decision in the hope that a favourable solution can be found.”

“The owners of these clothing companies are not foreigners,” said Liu. “We are nationalised South Africans; some of us are second-generation Chinese-South Africans. We have created nearly 8 000 jobs that sustain about 40 000 people in our surrounding communities. Many of our staff have been with us for a long time. Why would we purposely exploit our workers?”

According to Liu, the National Bargaining Council’s claim that the companies are paying their staff as little as R90 a week is groundless, and should be quantified. In clothing operations, wage structures differ according to posts, with a machinist earning more than cutter, who in turn earns more than a packer. “The Bargaining Council has not provided any proof of this claim, whereas we have evidence that we are paying our staff fair wages,” said Liu.

The Chamber’s attempts to hold talks with the Bargaining Council have proved fruitless. “We understand that the Bargaining Council is following its mandate,” says Liu, “and we do not want to fight with them. We want to find an equable solution, but to do this we must agree on the definition of a decent wage. Our clients are monitoring the situation in Newcastle very closely, and if our companies are shut down they will simply import.”

Officials from Lesotho, Swaziland and Mozambique are courting Newcastle-based clothing companies to relocate their operations. Factory owners said that this is a feasible option, as labour is far cheaper in those countries than in South Africa. “Our hope is that by halting operations now, we can bring the Bargaining Council to the table with us, and we are doing this to demonstrate our loyalty to South Africa and to the wellbeing of our community,” says Liu.

Commenting on the risks and implications of the factory shut-downs, Ferdie Alberts, Director of Economic Development at the Newcastle Municipality, said: “It’s one thing to close factories, but it will be extremely difficult to replace them or regenerate these businesses. Newcastle has a 60% unemployment rate and we cannot afford thousands more people to lose their jobs.”

According to a World Bank report released earlier this month, South Africa’s labour wages in relation to productivity are the second highest of all emerging economies.