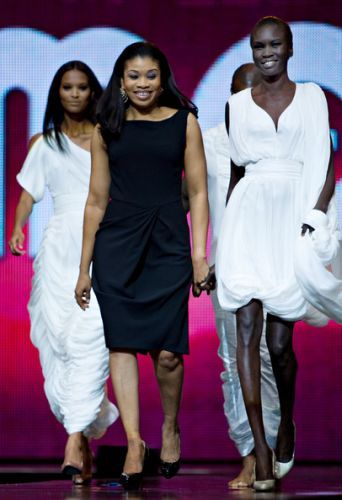 We’ve got the scoop for you on those who will be involved at the upcoming New York Fashion Week, Fall 2009 ThisDay/Arise Magazine African Fashion Collective Show. The event will feature the following African fashion designers: Xuly Bet by Parisian/Mali’s Lamine Badian Kouyaté, Tiffany Amber by Nigeria’s Folake Coker, Momo by Nigeria’s Fati Asibelua and Stoned Cherie by South Africa’s Nkhesani Nkosi. Fashion production will be handled by South Africa’s Jan Malan of Umzingeli Productions. Jan has had experience with producing shows across the continent. He also produced the Afridesia show in New York for Anglo Gold during New York Fashion week in 2002 and is co-owner of Supermodel Oluchi’s O-Models Africa. Music will be by the reputable African born DJ Dino Moran.

Xuly Bet: Lamine Badian Kouyaté better known as Xuly Bet remains one of the most exciting designers from Africa. The fifth child out of six boys, Xuly was born in Bamako, Mali to a minister father. In his teens, he was convinced he wanted to be part of the creative process and would later enroll in school in Dakar, Senegal for a Fine Arts and Architecture degree. Dakar, however, could neither contain nor guide the burning fire in him for fashion that was African, traditional yet Urban and cosmopolitan. He needed something more, something like Paris!

Xuly subsequently left the motherland to embrace his thirst for urban-punk-pop Afro fusion fashion. He was and remains inspired by the works of great designers like YSL, Jean Paul Gaultier and even the punkish touch of Dame Vivienne Westwood. When Xuly arrived on the Paris fashion scene, he style was revolutionary. By 1989, he set up his own shop and over time has now become synonymous with recycled fashions, bright colors, cutting edge graphics and form fitting dresses. For Xuly, it is rare that you will see his deisgns “with fibers, beads or rafia.” He insist that Africa is a melting pot with so many influences and a point of view that is not necessarily always embellished with African beads or rafia. In his designs you will find loads of synthetic materials,lace, fake fur and T-shirts with provocative slogans. Tiffany Amber: Walk into Folake Coker’s design studio in Lagos, Nigeria and you are most likely to catch her claded in one of her simple, long, fluid elegant designs and for a fact see tons of fashion magazines from Vogue to Bazaar strewn all over her coffee table. Big deal? Not necessarily except that for Coker, her desire was to be an attorney zealously advocating for her clients. In fact, she obtained a degree in law but changed direction to pursue her passion for fashion.

When Coker returned to Nigeria she, in 1997,took her passion by the reins and ran with it by setting up shop under her label Tiffany Amber. Today, the Tiffany Amber brand remains one of the most coveted lifestyle brands [clothes, shoes and accessories] in the country. So much so that Coker has four retail high end boutiques in Nigeria, including one located at the rather expensive Palms Shopping Mall in the Lekki Peninsula, Lagos. In 2008, Coker launched a higher end couture label Folake Folarin Couture while simultaneously celebrating ten years in the fashion business. She has always wanted to show in New York, now she gets to.

Stoned Cherie: It takes guts and a truckload of confidence to be different and super comfortable with it. Nkhensani has both. A designer, television personality, stylist and actress, Nkhensani understands style from various angles. Her design sense is sort of like Bill Blass, Donna Karan and Stephen Burrows rolled into one. She cuts clothes in ways that say she “gets it” when it comes to a woman’s body. She has a great eye for design and is never afraid to use colors and more colors especially in her determination to keep things very urban African. Nkhensani continues to expand her brand Stoned cherie and is a very accomplished young designer having won numerous style awards for her work. We have named her as our style star in the past and we predict that even though all the designers that will show in New York are quite strong in their own right, Nkhensani’s designs have such a unique and fresh point of view it won’t be suprising to see American buyers purchase in droves and fashion press create so much buzz about her work.

Momo: Abuja the current capital of Nigeria is not necessarily synonymous with fashion. Indeed when we speak of Abuja, “politics” comes to mind. However, for Fati Asibuela, whose company is headquartered in Abuja, it is all about fashion. A fierce business woman with accolades to match, Fati is a graduate of Richmond American International University in the United Kingdom. She also has a Masters in International Communication and Development at the City University London. Her fashion interest compelled her to pursue and obatin a diploma in Fashion Marketing and a Masters in Fashion Styling from the Instituto Marangoni Milan, Italy. She is known for her exquisite, elegant designs and was one of the deisgners who showed at This Day Africa Rising Music Festival held at the Kennedy Center in Washington DC late last year. Her brand Momo is alleged to be quite successful with an annual turnover of over $20 million USD and about two hundred employees working for her. 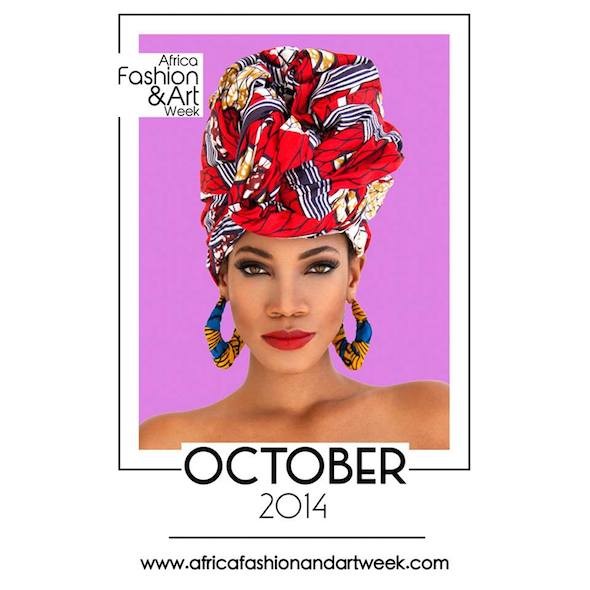