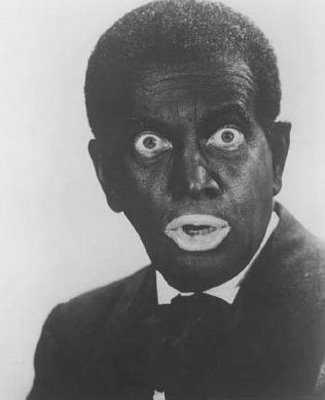 Happy Friday! How was your week? What a whirlwind mine was, even though it was supposed to be really a week off work. It appears I was not the only one with a crazy week. Grab a drink, relax and let us fill you in on this week’s rather crazy stories.

Obama wins Nobel Peace Prize, what were they thinking? I am definitely one of those of the opinion that President Obama should NOT have received the Nobel Peace prize. Either way you analyze it, President Obama has simply not produced the body of work that would qualify him for such an award. The arguments I have heard in favor of the award, including from the Norwegian Nobel Committee, is that the award honors his “aspirations” towards peace. “Aspi” what?! Spare me. There are numerous phenomenal persons in positions of power who “aspire” towards world peace. Do we then give them the Nobel peace prize because they “aspire?” In my view, this is a political, manipulative attempt by the committee to influence political outcomes via Obama’s decision process on issues like Iran and Afghanistan, among many hot button issues. (Huffington Post)

Vogue’s “Black-Face”? The October issue of French Vogue has set the internet ablaze. The issue shows 25-year-old Dutch Model Lara Stone painted in black, from head to toe, in some strong editorials. “Kini Big Deal?” as in “What’s the big deal?” Well, it takes many African-Americans as far back as as the 16th century and the whole “Black Face” deep rooted racist phenomenon by whites. What are your thoughts?

In my head, I am thinking, too often in fashion, what seemed like a great idea at times is disastrous depending on who the recipients of fashion products are. BUT and a BIG “BUT” on a broader appliction, is the fashion industry expected to walk on eggshells because they might offend certain groups (Blacks, Africans, Hispanics, Fat, Tall, Short, Green, White)? Is it possible that certain groups might interpret editorial images in an offensive matter based on their history and experiences. Is the fashion world expected to accommodate the sensitivites of these groups? Doesn’t that stiffle creativity? How does the industry strike a balance? Is there even a balance to strike? A very thought provoking article on this issue is found in the Guardian UK. Feel free to share your thoughts. (Guardian UK)

Louisiana Inter-racial Couple Denied Marriage License . “A Louisiana justice of the peace said he refused to issue a marriage license to an interracial couple out of concern for any children the couple might have.” Is this for real? Give them their license already! (Associated Press on Yahoo News)

Tisme–can we all get along, please? There is a musical at Theatre de la Reine Blanche in Paris called Tismee which has been ongoing since Sept 18th and ends Nov 11th, 2009. The musical explores the issues of race and multi-ethnicity in a light hearted way. Sounds like a dose of what we all need. “The sun shines above its zenith in this highly original musical poetry of mixed ethnicity, seeking initiation and humanistic values. How cool! These three players of quality, Felix Sabal-Lecco Singer, dancer, comedian), Khalil Maouene (Musician and comedian) wonderful actress and singer dancer Aurelie Konate is a spontaneity and a natural touch to the heart of being …” (Tisme Myspace page)

Leona Lewis Gets Punched in the Head. Why? Is the era of celebrity worship over? Even if it is, are we ushering a new era of violence against celebs? Oh my! I hope not. Poor Leona Lewis! She gets punched in the head during a signing session in London. Thankfully the crazy man who committed the battery was arrested. (Yahoo News)

Tyra Banks, Forbe’s List Primetime TV Top Female Earner. Grossing $30million this past year, Tyra Banks sits pretty as number 1 on Forbe’s List of Primetime TV earners. Lucky “gyal!” Did I tell you my Facebook “Which Black Celebrity are you most Like” results said Tyra? You know what that means right? Great! I will make sure you get the news when I also roll in my $30million a year paycheck (you laugh). (Yahoo)

Yohji & Lacroix: In other news, Japanese design house of Yohji Yamamoto files for bankruptcy while bidding continues for the already bankrupt house of Lacroix. (CNBC) & (Reuters)

Was the Photoshopped Ralph Lauren Model Fired for Being Overweight? “Last week Ralph Lauren came under fire for (what looked to be) an extremely altered photo of a model in one of its ad. Bloggers at the website BoingBoing.net posted the image online, and lawyers for Ralph Lauren attempted to sue them for copyright infringement. Unfortunately for Ralph Lauren, this only furthered public interest and outrage over the dangerously thin looking model and, eventually, the clothing company released this apology . . .” (Yahoo News)

Phew! What a week. We will see what next week brings. Until then, have a great weekend and upcoming week.

4 Top Reasons to Attend the 1st Ever Creative Careers Fair in Lagos!