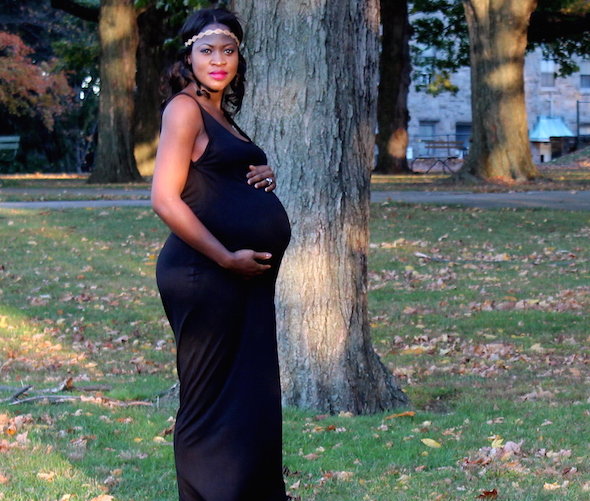 “Making a decision to have a child–it’s momentous. It is to decide forever to have your heart go walking around outside your body.” – Elizabeth Stone

When I woke up on the morning of February 21, 2014, the first thing on my mind was confirming my suspicion that I may be pregnant. So armed with a Clearblue test I snuck into the bathroom as my hubby laid in bed trying to relish the last few minutes of his morning sleep before the alarm clock signaled the beginning of another opportunity to chase the American dollar. Alone in the bathroom, I did the needful and few minutes later the word that would forever change my life appeared: Pregnant! I was excited, nervous and confused all at the same time. I am pregnant! – I thought to myself…I am going to be a mother…someone’s mommy. It was so believable yet unbelievable at the same time. I felt teary but the tears wouldn’t fall so I silently whispered “thank you Jesus” and headed out to inform the boo. “Wake up, babe…I am pregnant!” I said. Obviously startled, he responded “are you serious?” I wanted to reply “no ooo, I am kidding” in my usual sarcastic manner but this was no time for jokes. He just couldn’t believe his ears. We hugged, kissed and said a quick prayer before I excused myself to return to the bathroom. I needed a few more minutes alone to digest what just happened. When I returned to the bedroom I found my hubby quite emotional…I think I spotted a tear or two but he denies it.

The next nine months would be some of the most amazing and enlightening months of my life. I wanted to be as prepared as possible to be the best mother I could be so I did a lot of growing up and in the course, my outlook on life became broader and richer. A quote by Judy Ford describes pregnancy as “a process that invites you to surrender to the unseen force behind all life,” so surrender I did and absorbed so much in the process. Recently, while spending time with my now 3-month old son, I realized that through the course of helping bring him to life, I have gotten to know more about my body, the beauty of life and how to truly embrace them both. I decided to pen down some of the most important lessons I learned during my pregnancy, most of which I already knew but now have a deeper understanding of.

You’ve heard it before, most likely from your parents – nothing good comes easy! From being crazily nauseous in the first trimester to experiencing shortness of breath in the second trimester and having swollen feet that rival an elephant’s in the third trimester, pregnancy reminded me that justly, nothing good comes easy. And isn’t that the number one rule to bear in mind while embarking on any major goal in life? If it’s a good thing, it won’t come easy; if it’s a great thing, it definitely won’t come easy! So whether you are trying to build a successful business or enrolled in a tough post-graduate program, just remember that the more difficult it is to attain your goal, the bigger the price ahead will be. You have to stay the course, conquer the obstacles and remember why you got started in the first place. You’ve got to keep your eyes on the price and for me, my baby was worth all the pains.

I can’t count how many times I have heard someone say “chivalry is dead” and prior to getting pregnant I would have easily agreed. Pregnancy showed me that chivalry is not really dead but always around the corner waiting for an opportunity to prove itself. From having strangers help carry my grocery bags to my car to the coworker who gave up his ergonomic lumbar support so I could sit comfortably at work, I found out that chivalrous people still exist. Sometimes people just don’t know how to offer help because we have all grown so distant from each other that the opportunity for kind acts hardly exists. We have become too self-reliant, too independent and too internet-reliant. I believe a little more interpersonal interaction can revive chivalry.

In 2014, while accepting his award as the winner of the 2013-2014 Maurice Podoloff trophy Kia NBA MVP, Kevin Durant thanked God, his teammates, his coach, the NBA and Thunder fans for believing in him, then he brought the crowd to ears when said he believes the real MVP is his mother. “You The Real MVP” became the ultimate summer phrase, the memes flooded in and created a new instagram frenzy. His emotional speech resonated deeply with me as I thought of the countless sacrifices my own mother has made for me and my siblings. Pregnancy is the beginning of a lifetime of sacrifices every mother makes for her child/children. Every time I was nauseous, fatigued, malaise or just simply hormonal, I realized that my own mother endured the same symptoms to birth me and that made me regret every time I was stubborn as a child. So mommy, if you are reading this, here’s my official apology for being a stubborn child – you are my Real MVP!

I am by nature a bit of a private person and by private I don’t mean introvert. More like a private extrovert. Before I became pregnant, I would rather not share my story with others. On the contrary, I love to listen to others tell their story and give an input or help if I can. For some reason, I became more comfortable with talking about myself when I became pregnant – it seems like I became more comfortable in my “pregnant skin” and I found that the more I expressed myself to people, the more I opened up the opportunity for them to share more about themselves and I ended up learning a lot through them. Most times when I met other pregnant women, we automatically became BFFs for the moment and freely shared our symptoms and experiences. Finding out that other women had similar symptoms and getting tips on how to relieve mine made the journey so much easier.

I am quite a workaholic and I tend to thrive when I have a lot on my plate. The downside to that is that I end up stressing myself out by working late into the night and not giving my body enough time to rest. Pregnancy helped me slow down by listening to my body and doing only what I could do based on my energy level at the time. By virtue of my profession as a civil engineer, I am quite a handy lady so I used to be the one running around the house hanging up pictures and paintings while my hubby was still out work so I wouldn’t have to stress him when he returns home. Although he hated when I did that, I did it anyway. By being pregnant, I learned that it’s okay to ask for help and admit when you are overwhelmed.

According to the great Desmond Tutu “you don’t choose your family. They are God’s gift to you, as you are to them.” I can boldly say that my pregnancy journey wouldn’t have been as easy without the love and support of my family. Although my pregnancy was mostly complication-free, the regular pregnancy symptoms can be really overpowering. From my mother to my mother-inlaw and wonderful girlfriends, I was well cared for throughout my pregnancy and that made the whole experience so much smoother. Most importantly, the unconditional support of my amazing husband was everything. He was always ready to go out at midnight to fetch my cravings or to do anything to make sure I wasn’t too stressed. Without him and my other aforementioned support system, I wouldn’t have had a pregnancy as “fun” as I did.

I am not here to ignite a creation versus evolution debate because for me it’s not even debatable and pregnancy reassured me of that. Every religious person has used the phrase “God is great” at some point in their life. Pregnancy made me realize just how great he really is. I am still super fascinated by the whole idea of creation – of pregnancy. How a human being is made through a perfectly designed 9-month process, still amazes me. Pregnancy is by far the most humbling experience I have had. There is such a unique joy that comes with being able to participate in creation and I am humbled to have experienced it.

Here’s hoping that these add some guidance to your life as a new mom or on your way to becoming a mom. 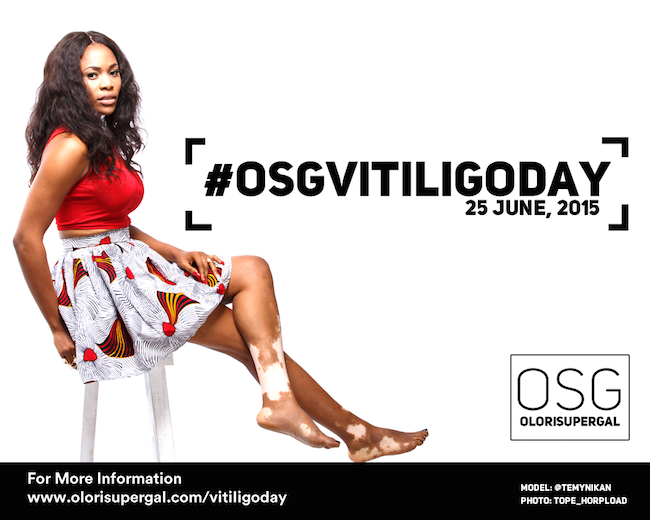