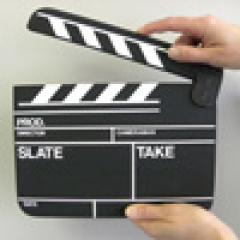 The concept for the Female Only Filmmaker Project is to provide female writer/ director teams from the industry, particularly those from historically disadvantaged backgrounds, with an opportunity to make a film in collaboration with other women. We are looking for writer/director teams who can come with a strong idea /concept / script, to be developed either as part of a writer/director team or on their own as a writer/director. The applicants will be guided in the development of their stories into 24 minute scripts over a period of 5 months.

Ideally, the concept is for a 24 minute stand alone film with a clearly thought out premise or controlling idea that would allow it to be packaged with at least 4 other projects with the theme of either “I looked up…” or “Suddenly…..” The story can refer to something actually happening or something abstract which implies the character learnt something.

Eligibility
In order for a filmmaker to be considered for this opportunity, the applicant must meet the following requirements:

Applications
All applications should be able to provide the following documentation in hard copy (in triplicate) for consideration to our address:
Attention: Thandeka Zwana
2nd Floor, 87 Central Street, Houghton, 2198, South Africa

The director / writer or the director/writer team application form requires the following:

Genevieve Nnaji On Oprah’s, “The Most Famous People in the World” Show!