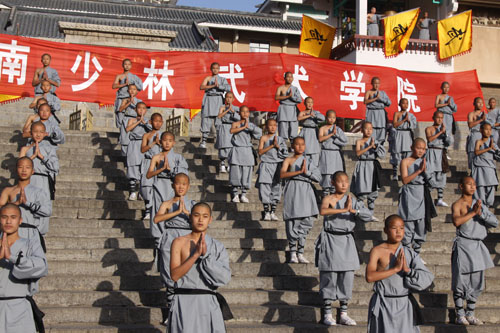 Action hero Jackie Chan is at it again. Look for him in the upcoming movie Shaolin set to be released this December. The film also stars Asia’s top actors Wu Jing, Nicholas Tse, Fan Bingbing and Andy Lau.

Shaolin is a $29 million Chinese-language remake of the 1982 film, The Shaolin Temple. Shaolin Temple was about China’s famed shrine of martial arts, a 1,500-year old temple whose famous fighting monks have featured in films by stars such as Bruce Lee and Jet Li, and in the 1970s TV series “Kung Fu” with David Carradine.

The Urgency of Now:Putting Nigeria's Fashion Industry on the Global Map