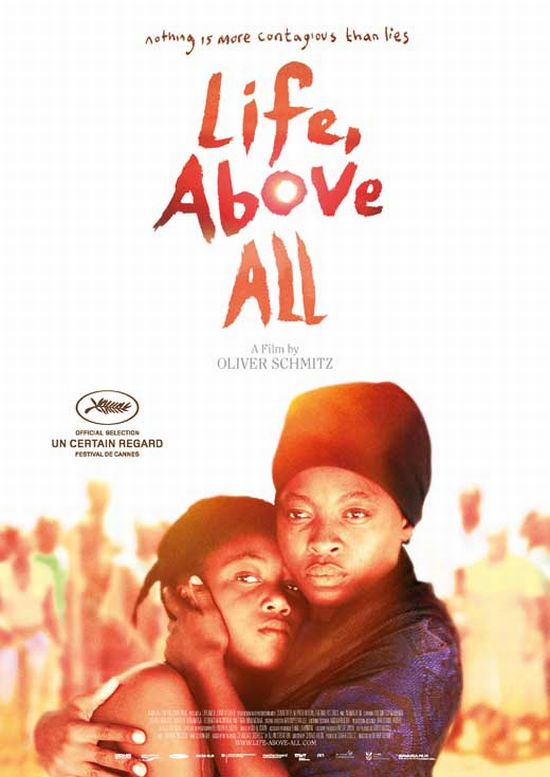 In April of 2011, Ladybrille Magazine focused on African Cinema in our Film Edition. We traced Africa’s cinema history and also brought to you, throughout the month, stories by Africans of Africa’s people. In an unexpected and historic move, the 2011 MTV Movie Awards just added, for the first time, to the upcoming 2011 MTV Movie Awards event, a “Best African Film” Category. Nominated in these categories are the following African films:

This category and nominations are significant on so many levels. It definitely forces African filmmakers to raise the bar on film making and story telling. It brings African film celebrities a step closer to Western fans and introduces them to new audiences, and it most importantly, accords the respect Africa deserves as it tells its own stories.

We are very happy with the progressive direction MTV Networks is taking. We are also thrilled to see, each day, that our efforts and that of other media colleagues, are making a difference in the re-branding of Africa here in the West. MTV Networks joins BET Networks in recognizing and acknowledging the works of Africa’s extremely creative talents in fashion and entertainment. BRAVO!

Congratulations to all nominees. To vote, please visit MTV.

FOR A BRIEF HISTORY OF AFRICAN CINEMA, CLICK HERE.

VIVA RIVA! (DRC Congo)
“Riva is an operator, a man with charm and ambition in equal measure. Kinshasa is an inviting place. With petrol in short supply in DRC’s capital, he and his sidekick pursue a plot to get hold of a secret cache – barrels of fuel they can sell for a huge profit. Of course they’re not the only ones who want the stuff. Cesar is a ruthless, sharply dressed foreigner thriving in Kinshasa’s lawless streets. A female military officer joins the fray. Even the church will betray its tenets for a piece of the action. But Riva’s main nemesis is Azor, a crime boss in the classic style: big, decadent and brutal. He’s not a man to mess with, but his girlfriend, Nora, may just be the most seductive woman in all of DRC. Riva catches sight of her dancing at a nightclub and it’s not long before Nora matches the fuel cache as a coveted object of his lust.” – IMDB

RESTLESS CITY (Nigeria)
Tells the story of an African immigrant surviving on the fringes of New York City where music is his passion, life is a hustle and falling in love is his greatest risk. -Andrew Dosunmu/Restless City
(TRAILER UNAVAILABLE)

LIFE ABOVE ALL (South Africa)
“A touching mother-daughter relationship that reflects the modern South Africa.” – IMDB

A SCREAMING MAN (Chad)
“Present-day Chad. Adam, sixty something, a former swimming champion, is pool attendant at a smart N’Djamena hotel. When the hotel gets taken over by new Chinese owners, he is forced to give up his job to his son Abdel. Terribly resentful, he feels socially humiliated. The country is in the throes of a civil war. Rebel forces are attacking the government. The authorities demand that the population contribute to the “war effort”, giving money or volunteers old enough to fight off the assailants. The District Chief constantly harasses Adam for his contribution. But Adam is penniless; he only has his son.” – Pyramide International