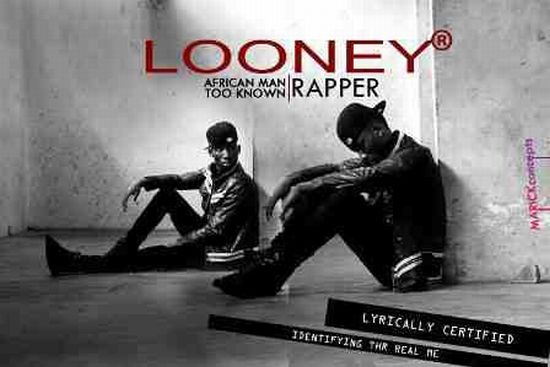 “Looney the TKR a.k.a. African-Man “Too-Known-Rapper” was born in Accra, Ghana, on June 18th, 1989. Music has always been a part of his life and from as early as 7 years old, Looney listened to all kinds of genre of music ranging from rap, soul, jazz and reggae.

At the age of 13 years old, after hearing musicians like Nas, Jay-Z, Cassidy, he became obsessed with rap music and his taste in music… leaned more towards rap and hip hop. He will research on artists such as KRS 1, Talib Kweli, Mos Def, and Common. These artists plus a whole lot more will later influence Looney into taking rap music more seriously and more importantly educate him extensively in the art of music writing.

He will memorize all the lyrics from his favourite rappers and was ever ready to recite and perform them whenever he can, whether amongst his friends at home, school and at parties.

Prior to senior high school, music had always been a hobby for Looney and in many ways an outlet for him to stay out of trouble. Whilst at Pope John Senior High School, however, Looney started to write his own lyrics. In his 1st year in senior high school, he linked up with two friends K’yos and Mac 10, who were also into rap music; together they formed the group Street Trinity.

Mac 10 will later leave the group and in came Rumor (Skillions). The group name changed to A.O.W. (Arms of War). Soon after, Boyd, an R&B singer will also join A.O.W.

Few months later, Arms of War released their first mixtape called “The New Era”, produced by Jayso. The group will go on to perform at various Senior High Schools across Ghana and will help boost their popularity among their peers. After Senior High, the group split up. Boyd traveled out of the country, K’yos quit rap music and Rumor ended up in skillions new generation.

Looney was still eager to pursue rap music and by chance he came across three up and coming rappers in Boy Nash, Nova and Ecxtreme. These rappers had the same hunger and agenda as Looney, It was a natural fit and they will go on to form the group Ghetto Repz. Their first single “Menso Mey3 rapper” produced by Jayso, made massive waves on various radio stations across the country. Not resting on their laurels they started work on their debut mixtape, called “Behind Bars Mixtape”.

Behind Bars featured established and up and coming rappers such as Wanlov the Kubolor, Bra Kevin Beats, N-Dex, Gemini and Joey B of “Last Two” record label, just to mention a few. Producers on the mixtape included Jayso and Lil Shaker of skillions records, and Klu Baby of MonstaMusic. “Behind Bars became a classic album and it received a lot of radio airplay and also featured ghetto repz on numerous radio interviews.

Looney will go on to feature on a few mixtapes including Lil Shaker’s “Birthday” and Klu Baby’s mixtape. Still a member of ghetto repz, Looney release a single called “Gimme dat” (Jeijawoho) which he later remixed with N-Dex and Wanlov the Kubolor, and was followed with another single called “African-Man” which got him the nickname African-Man ‘Too-Known-Rapper’.

Looney has also worked with established producers such as Peweezle of CUE records and Laxio, and a few up and coming artistes based in Kumasi. The “African Man” is currently in his 3rd year at the Kwame Nkrumah University of Science and Technology.

In July 2011, Looney signed a recording deal with Cryme Records and is currently working on his debut EP “My Tunes” scheduled for release in September 2011. Other members on the label include American soul and r&b singer Taurian Deveaux, bra Kevin Beats, Greenfield and IsCream. . . From summer 2012 Looney will start work on his debut studio album yet to be titled.” 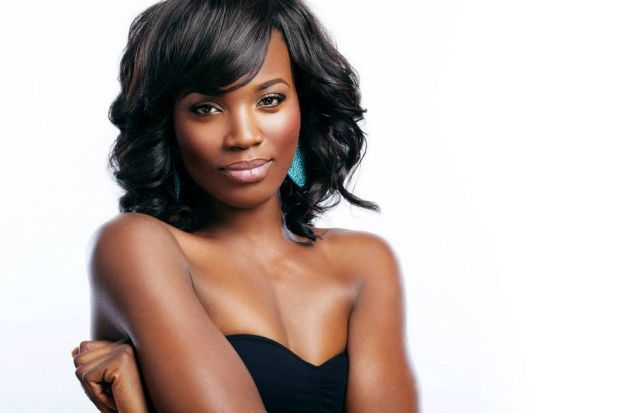 Ladybrille Music: Emza ft. Skip and Die ‘Get Your Brai On!’ (Audio)