CNN has finally aired Genevieve Nnaji’s appearance on CNN’s Connector of the Day program. Watch the video clip below.

Excerpt from her appearance via CNN International.

(14:22:34) GN: Bursting Out is a romantic comedy. It’s a story about a very upp-ity, uptight, elitist woman who falls in love with the wrong guy in the wrong class of life and then her discovery about – and then she falls in love hard so…it’s pretty funny. I found it funny.

(14:23:00) GN: It was fun. It’s always fun. Cast were amazing and they were also funny and everyone had their own little contributions, which made it all was fun. I don’t feel like I work when I’m on set to be honest.

(14:23:25) MF: And you’re here in London because it’s being premiered in London. It’s already had a premiere in Lagos. Why London? Is there a big market here?

(14:23:33) GN: There is a big market here. Everyone is a descendant of Nigeria or Ghana or where ever and movies are really, really big here. Just walking down the streets, the amount of people who stop me on the road, and really appreciate what we’ve done. So…it’s amazing and you know they ask for it. They’ve been asking for it for a very long time. So, yeah. It’s not the first time I’ve been here to premiere. . .” 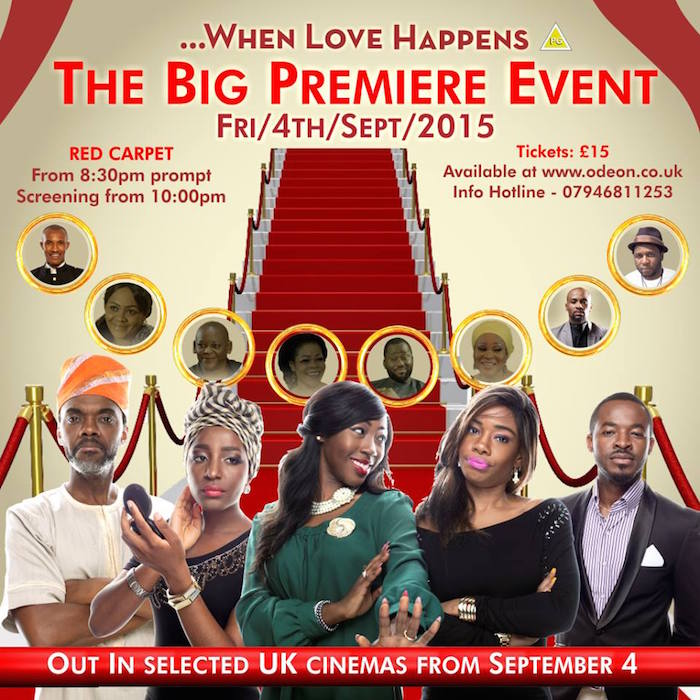