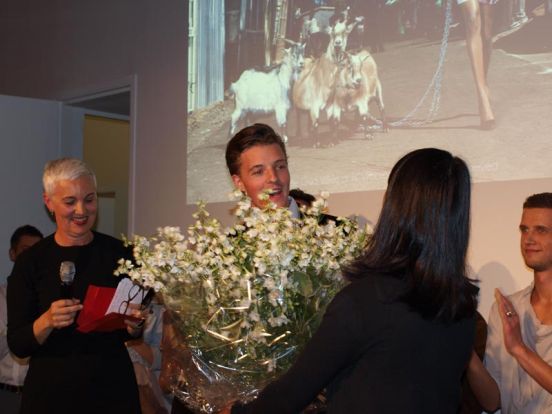 Child-Villiers received the latest innovation in camera equipment and accessories worth R24 000 from Samsung, which include the NX10 Hybrid Camera, a Samsung R730 Notebook, and a Samsung XL2370 monitor. He will also receive on-the-job training with ELLE Magazine, where he will assist ELLE photographers on all editorial shoots scheduled for a three-month period. Child-Villiers will also get to do an editorial shoot to be published in ELLE Magazine in one of the 2011 issues of ELLE.

Child-Villier’s winning photo was inspired by Zamayethu Township, now called Nelson Mandela Park in Cape Town. He did a shoot with a model walking goats as though she was walking poodles. All his shoots were done at Nelson Mandela Park, which is made up of mostly informal settlements.

“The people from Nelson Mandela Park inspired me to do this shoot, they are perceived to come from poor backgrounds and yet are always dressed meticulously, and I wanted to capture the beauty of these people, their surroundings and their everyday experiences through a different lens and hopefully we can start changing perceptions on people through photography,” says Child-Villiers.

Prior to the shoot, Child-Viliers spent two weeks observing the lifestyle of the Nelson Mandela Park residents, observing and creating a mental visual of their activities to turn their experiences into work of art. With the help of one of Francis Alie, one of the residents of Nelson Mandela Park, Child-Villiers was able to put together a shoot that reflected ELLE Magazine’s brief of producing Sexy, Stylish and Spirited work, in line with ELLE’s brand promise.

Speaking at the event, ELLE editor Jackie Burger said, “From this competition, we’ve really seen that South Africa has incredible raw talent. The ability to conceptualise and implement so effectively and also be able to capture an audience through strong and fresh ways shows true creativity of these young minds.”

Award winning photographer Gerda Genis, who was also a judge for the competition said, “The decision making process for this competition was not easy. The work that was showcased shows how fashion photography is changing, these young people showed a desire to say something by shooting captivating images and using fashion photography as a platform to express their thoughts, feelings and experiences. It’s a new way of thinking and that’s the beauty with new generation photography. We want to see more of this fresh thinking, and where support is needed we’ll support, so that we are able to truly see the potential of our young people.”

“This was the first time we did the ELLE Photographer Search; we plan on running this competition yearly like all our other talent search initiatives. In 2011 ELLE plans to launch the ELLE New Talent Hair Search, to look for the best hair stylists in the country. The SA fashion industry needs a lot of support and to be able to build and grow the economy of the SA fashion industry, it is vital for industry leaders to support SA’s talent,” comments Burger. 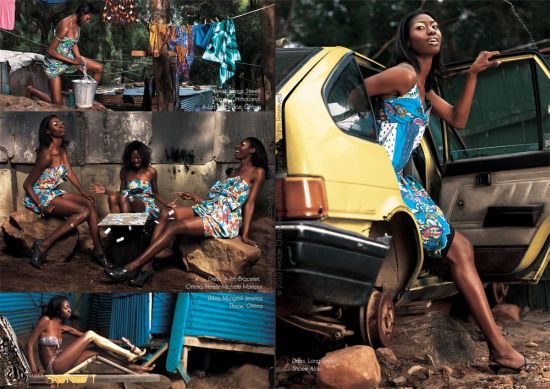 It really is about the Business of Fashion