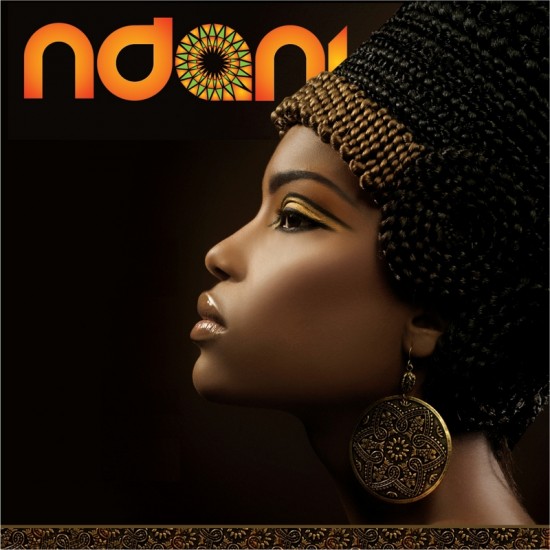 Guaranty Trust Bank plc in collaboration with Style House Files, a creative development agency, have announced a partnership with Selfridges, UK, the famous London fashion destination voted the best department store in the world* for the second time consecutively.

The partnership which re-affirms the Bank?s on-going support for the growth and exposure of African fashion and Art, is tagged “Guaranty Trust Bank presents Ndani – a Style House Files Initiative.” Ndani represents the beauty of Africa and the innovative partnership entails the display of African fabrics and designs made by select fashion
designers. These designers will exhibit at Selfridges on London Oxford Street in the UK between November 2012 and January 2013.

Commenting on the project with Selfridges, the Managing Director and CEO of Guaranty Trust Bank plc, Mr. Segun Agbaje stated that GTBank is a Proudly African and Truly International institution with a passion to revolutionize banking in Africa and advocate the projection of Africa’s rich culture to the world. He further stated
we have decided to sponsor this initiative because we realize that the whole world needs to know about the creativity of African fashion designers and their contributions to global art development.”

Omoyemi Akerele, Creative Director of Style House Files stated “this partnership with GTBank and Selfridges signifies what Style House Files represents; moving beyond the runway and making an impact which will result in creating a financial viable model for creative growth in the Nigerian fashion industry.” She further added “at the moment
the global fashion industry is being influenced and inspired by Africa and it is time to move Nigerian labels to the mainstream to take advantage of this.”

Judd Crane, Director of Womenswear at Selfridges said “We are very excited by the prospect of being the first department store in the world to give a proper showcase to some of the best fashion designers in Nigeria. We were won over by the talent we found there and are delighted to be able to help the Nigerian fashion industry to be
further exposed to an international clientele.”

ABOUT GTB
Guaranty Trust Bank plc is one of the few Nigerian financial institutions that have maintained a defined Corporate Social Responsibility (CSR) strategy since its inception in 1990. The Bank actively supports numerous programmes across Africa that positively
affect child healthcare, education, the arts, community development and environmental sustainability. Its most recent projects in this regard include the sponsorship of the GTBank – Lagos State Principals Cup, a grassroots football development initiative amongst secondary school students, and its public school intervention project called
“Adopt-a-school,” a programme that involves infrastructure and human capacity development.

Guaranty Trust Bank was established in 1990 and presently operates from over 200 offices in Nigeria and ba nnking subsidiaries in Ghana, Gambia, Sierra Leone, Liberia, Cote d?Ivoire and the United Kingdom.

ABOUT STYLEHO– USE FILES
StyleHouse Files is a creative development agency that focuses on the development of the Nigerian fashion industry. Established in March 2010 it has become an industry resource that is centred on growing fashion into a viable business model and providing training for fashion and creative professionals in Nigeria and Africa at large. Stylehouse Files are the producers of the Lagos Fashion and Design Week, an annual fashion trade show.

ABOUT SELFRIDGES
In June 2010 Selfridges was named Best Department Store in the World by the IGDS (Intercontinental Group of Department Stores). The title, which Selfridges held until June 2012, is the industry’s highest accolade. Selfridges won the title again in June 2012, for an unprecedented two times consecutively. The title applies until June
2014. Selfridges has four stores in London, Birmingham and Manchester (Trafford Centre, Exchange Square) and an online store delivering within the UK. Selfridges was founded in 1909 by American retail genius Harry Gordon Selfridge who created what is widely recognized as a revolution in retail with his seminal store. Today Selfridges is
acknowledged as one of the most influential and exciting fashion destinations in the world.