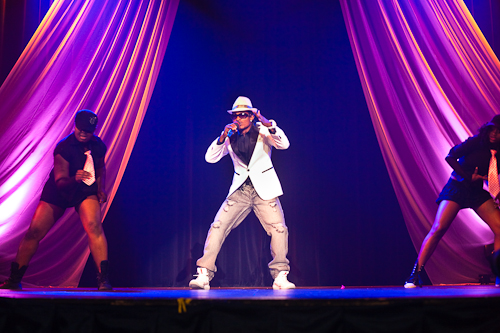 “Protest is beyond Labour. It is a matter for the Nigerian people.” – Abdulwaheed Omar, NLC President

In the last (3) weeks, the spirit of a Nigerian Dream birthed in the hearts of all sincere patriots was renewed. We salute the Nigerian people who have risen up with one voice to make it clear to our rulers that Enough is Enough! What we saw was not a strike made powerful on the strength of the labour unions.

What we saw was a popular but peaceful protest of the Nigerian people, many employed but even more unemployed, disadvantaged and oppressed, giving notice to a civil but clearly un-democratic government, that it will no longer be business as usual in Nigeria. The decision by the Federal Government to deploy the military to key States to stifle the constitutional right of Nigerians to peaceful protest while a key suspect in the Boko Haram killings on Christmas Day is allowed to escape speaks powerfully to the politicization of the issue and the government’s perspective on security.

We at Enough is Enough Nigeria (EIE) want to inform the Nigerian people, who have spoken so clearly and made such sacrifice to have their collective voice heard, that Labour took the decision to accept the Federal Government’s proposal and call off the protest without due consultation and support from a broad range of civil society groups that coalesced to create the groundswell of the popular civil action of the last week as they claimed at yesterday’s press conference. We urge all Nigerians to ensure that the unique opportunity of the solidarity and sacrifice of the last week are not lost to the unilateral and ill-considered decision of the NLC/TUC leadership.

In particular, it is important for Nigerians to honour the memory of those brave compatriots who lost their lives in the course of last week’s protests all across Nigeria. The least we should do in honour of their sacrifice is to ignore the call from the leaders of organized Labour and continue to resist “democratic slavery” until our collective voice is heard.

In this vein, we have set forth the following demands in the public space directed at the Federal Government and the Legislative Arm of the Federal Republic of Nigeria.

1. The appointment of two independent international firms that have not been involved in any of the previous audits of the Ministry of Petroleum Resources, NNPC and other state owned entities in the Nigerian oil sector, to carry out a forensic audit of subsidy payments over the last five years. The report of this audit should be the subject of a public hearing at the National Assembly.

3. Government must publish the roadmap for the complete deregulation of the oil sector. Removal of subsidy is only one element of the deregulation process and certainly not the first step. Following the example of the power sector roadmap, the oil sector deregulation roadmap must commit to specific action and time frames and responsibility must be vested in identified institutions and individuals.

4. The latest version of the Petroleum Industry Bill must be passed into law within the minimum time provided by the Constitution and the rules of the National Assembly.

5. The vicious cycle of turn-around maintenance of government owned refineries MUST stop. The refineries should be sold or concessioned to private investors, if this last round of discussions with the original builders for TAM is unsuccessful.

6. Full disclosure of salaries and allowances at all tiers of government and a review of same with clear parameters, full disclosure of ALL presidential and parliamentary aides, advisers and assistants. We demand at least a 50% cut across the board in legislative salaries, allowances and overheads of running the National and State legislatures. The Lagos State review of remuneration in the judiciary can serve as a guide. The cost of our federal and state legislatures is an outrage. In the long term, we need to create a part-time single chamber Federal legislature that pays sitting allowances.

7. The Federal Government should take immediate steps to achieve an outright reduction of at least 25% in its bloated personnel costs in 2012 and a sustained outright reduction in recurrent expenditure of
at least 10% year on year, over the next 3 years. Of the N2.748trn proposed recurrent expenditure in the 2012 budget proposal of the Federal Government, N1.64trn or 72% represents salaries and allowances of Federal public servants. We do not yet know their exact number. Therefore, the federal and state governments must eliminate “ghost workers” and all fraudulent salary and pension payments, rationalize their head-count to minimise duplication and waste, which should include the speedy review and implementation of the Report from the Presidential Committee on Restructuring and Rationalisation of Federal Government Ministries and Parastatals.

8. Massive investment in road and rail mass transit infrastructure, under government-enabled conditions but private sector ownership and management. In addition, the importation of passenger buses or CKD components for their local assembly should be made duty free and the operations of mass transit companies, partnerships or sole proprietors, should be tax free for five years, during which prices should have normalised. The same incentives should apply to rail and all other forms of mass transit.

9. That the National Assembly send back the 2012 Budget for review, in light of the duplications and criminally high line items.

Finally, it would be difficult, if not impossible, for the Honourable Minister of Petroleum Resources to oversee/supervise the investigation of allegations in which her office features prominently. We expect that the honourable thing to do in this situation would be step aside from the office pending the conclusion of the investigations.

The above points represent our demands on behalf of the many silent and voiceless Nigerians that we met on the streets of Nigeria in the last (3) weeks. They demand a government that is structured for effectiveness, above board with integrity and mindful of their daily struggles for existence. We commit to remain a clear voice on their behalf and in this task we will not fail or falter.

EnoughisEnough Nigeria (www.eienigeria.org) is a coalition of individuals and youth-led organizations committed to instituting a culture of good governance and public accountability in Nigeria through advocacy, activism and the mobilization of the youth population as responsible citizens. The coalition includes The Future Project; Paradigm Initiative Nigeria; Education as a Vaccine (EVA); Kudirat Initiative for Democracy (KIND); RISE Networks; Chocolate City Group and EME.

EiE Nigeria created the RSVP (Register|Select|Vote|Protect) Campaign to leverage technology, especially social media to mobilize significant participation from citizens in the 18-35 age bloc in the 2011 elections and beyond.

VIDEO: When a Woman Loves by R. Kelly

V Magazine and Nicki Minaj, Seriously this Ain’t No Africa or “Inspired” Africa! 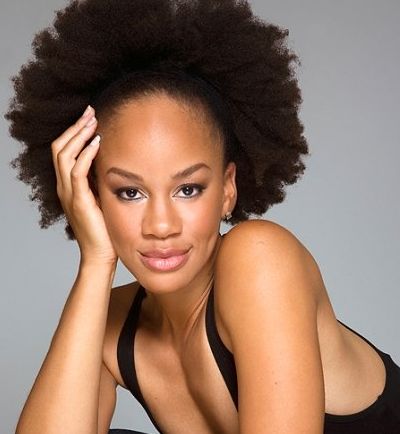