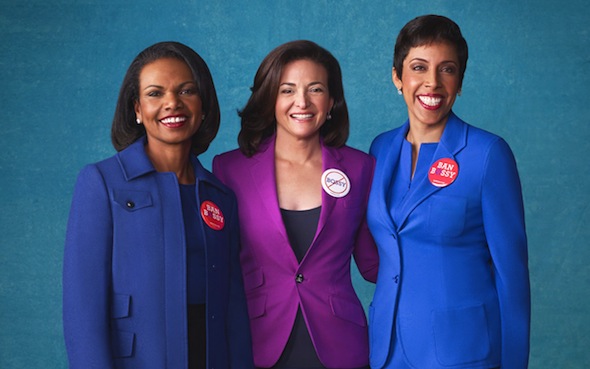 By now Ladybrille Ladies, you all have heard of the “Ban Bossy” campaign” a joint effort by Sheryl Sandberg and Lean In. The campaign focuses on encouraging girls to become leaders and the underlying rational makes sense. However, the execution appears poor? I didn’t even know, honestly, that there was a problem with the word “bossy.” I always competed with the boys growing up thanks to my tom-boyishness, and for the most part, won in my competitions. Yet, I never recall any calling me “bossy.” That is not to say that boys don’t in fact call little girls “bossy,” that want to be leaders and do in fact take charge. However, in hanging out with the women folk and observing pop culture, I just have never thought or heard “bossy” was a problem. It is the other “b” word that is usually an issue.

Are some women bossy? Yes, they are. At some point in our lives, we have been and will be bossy. Should we “ban bossy?” No. I don’t think so. I think the campaign perhaps focuses too much on “bossy” as a negative word when it is in fact not really an issue, at least on the scale of important priorities for women and women issues.

I am wondering whether a simple change from “ban bossy” to “I am Boss,” would reduce the current backlash by the targeted audience (women) that “ban bossy” is suppose to reach. Women, in my view, are not so much concerned about being bossy or being labeled such but rather trying to become bosses, and successful ones at that as they climb the corporate ladder or operate their own businesses.

We need more women to be bosses and the best way to capture the young generation of upcoming boss women is to push a campaign that essentially says, “I am a Woman and I am Boss.” As in, it just is what it is. Get used to women being in leadership positions and there are many more of my kind on their way.

Watch the campaign clip below and share your thoughts. As a fashion and entertainment industry woman professional and/or business owner, what are your thoughts with the “ban bossy” campaign?

“When a little boy asserts himself, he’s called a “leader.” Yet when a little girl does the same, she risks being branded “bossy.” Words like bossy send a message: don’t raise your hand or speak up. By middle school, girls are less interested in leading than boys—a trend that continues into adulthood. Together we can encourage girls to lead.” – Ban Bossy, Encourage Girls to Lead.