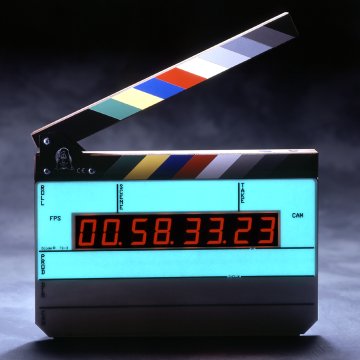 We continue with Part II of Mike Ajakwe’s interview. Here, he discusses the successful Africans in Hollywood and offers some amazing tips on getting ahead in the industry. For Part I, click here. [Also visit Mike Ajakwe’s website HERE.]


LADYBRILLE.com: You have produced and directed too many shows/movies to count. How easy is it, barring a bad economy, for an African actor/actress to find work in Hollywood?

Ajakwe: I’ve done okay. I mean, I have been working in Hollywood for twenty-one [21] years [22 if you count Mike’s long internships at Playboy programming and the TV comedy “Cheers”]. In my mind, however, I have not “made it.” I am still climbing the ladder because I have my own goals for myself no matter what my resume states, and I have not accomplished my goals yet. Until I do, I will not consider myself a “success.” I am working and that is a good thing because a lot of folks I started out with in this town are not working.
Hell, they aren’t even in the business anymore, some of them. So, I feel lucky that I set out to become a writer and that is what I have been doing exclusively for the last fourteen [14]years.

As for the difficulty for African actors and actresses to find work, I believe it is tougher, especially if you have an accent.But it is still very possible because [lots] of African actors have broken through lately, like Djimon Hounsou. He has been nominated for 3 Oscars in the last eleven [11] years and is a fine actor. There is also the Nigerian brother from the TV shows “Oz,” “Lost,” “Cool Runnings,” and “The Bourne Identity” — Adewale Akinnuoye-Agbaje. We have up and coming powerhouses like Chiwetel Ejofor who is one of the best actors of any color working today and I predict will one day win an Oscar. There is Sophie Okonedo who was nominated for an Oscar for her outstanding work in “Hotel Rwanda” a few years back, Actor/filmmaker Pascal Atuma who in 5 years of arriving in Hollywood has already made four films and now producing “No More Bloodshed,” with big names in the industry, Rick Fumiyiwa, directing major feature films like “The Wood” and “Brown Sugar” and co-writing “Talk to Me,” Samantha Corbin [half Nigerian] who has written for hit drama series like “ER” and “Army Wives”and is creating shows. So, as you can see by just those names alone, [we] are making tremendous gains in Hollywood. Have we conquered the mountain yet? Not hardly, but we are moving very fast.

LADYBRILLE.com: Any projects you are working on and what kinds of talents are you looking for?
Ajakwe: I am ALWAYS in a constant state of working on projects [smiles]. I have three TV shows in development and as many as six films. One is a feature film I co-wrote with Pascal Atuma that he has also asked me to direct called “No More Bloodshed.” I am doing a show about the first Black quarterback to win the Super Bowl. His name is Doug Williams. I am working on a film about a baseball player named Curt Flood who changed the way business is done in pro sports when he sued the league. It is a fascinating story whose time has come. Curt Flood’s widow Judy Pace is a dear friend and we have been working together for a few years to try and bring her husband’s incredibly important story to the big screen.

I am working on the movie adaptation of the Bruce McAllister critically-acclaimed short story and novel “Dream Baby.” I also have three other projects in various stages of development. And this does not include two plays I have been working on for three years. So, as you can see, I am very busy. But, I love what I do so it never seems like work to me. My problem is just time. I never have enough time [laughs]. As for actors, I know many [laughs]. But I am always looking for more – mainly just strong, talented, easy-to-get-along-with actors and actresses.

LADYBRILLE.com: Many, worldwide, Africa’s actors and actresses included seek to be a part of Hollywood. Give seven [7] crucial pieces of advice you think they should keep in mind when venturing into the business of film/TV in Hollywood.
Ajakwe: Hmmm… let me think:

#1 MAKE SURE YOU’RE IN THIS BUSINESS FOR THE RIGHT REASONS: Whether acting, writing, directing, producing or sweeping the floor, if you are not doing this because you love it and you are good at it, you will die a fast death in this town. You cannot do it for the money. You have a better chance going to medical school and becoming a doctor. You must love what you are doing to make it.

#2 BE IN IT FOR THE LONG HAUL: In other words, be prepared to suffer for a few years. It took me eight [8] years of suffering before I got my big break. Most people would’ve quit in half that time. Hell, I almost quit on three different occasions. If I did not hang in there, you wouldn’t be interviewing me right now. So be willing to pay your dues. It will also make you tougher/stronger in the long run.

#3 HELP PEOPLE: When you are starting out, you will need people to look out for you, to help you, in order to take advantage of opportunities and move ahead. Well, it’s a two-way street. You cannot just take, take, take. You have to also give, give, give, because you never know. One day, you are helping a nobody, the next day that nobody is a somebody and is helping you ONLY because when they were a nobody you helped them.

#4 NETWORK: Get out there and meet people, and not just people you feel can help you. When you are starting out, or even if you think you have arrived, talk to secretaries and assistants. They are the future executives so you are smart to get to know them now.

#5 PUT IN THE WORK: All the networking and partying and talking will not take the place of doing what is necessary to make things happen, and that is doing the work. If you are an actor, act. Do plays, take courses. If you are a writer, write. Do plays, take courses, read. The same for whatever you are trying to be. Become a student of that thing, a life-long student. Sacrifice the partying for reading and doing concrete things, taking concrete steps to know your area of expertise inside and out. Remember, “luck” is when opportunity meets preparation. Make sure you are ALWAYS prepared. This is a “No Excuses Production,” as I like to say [smiles].

#6 PRAY: ASK GOD FOR FAVOR AND GRACE: You can have all of the drive and ambition in the world, network like you’re running for office and be more prepared than Jerry Rice, but without God on your team, without Him in your life, you are lost. You may make it, but I guarantee you will not stay there. God truly can move mountains. He truly is a miracle worker, and he really can help you make it to where you are trying to go. I am by no means a model Christian nor am I a Jesus freak, but I know God works because He has worked many miracles throughout my career and I would not have one with Him. I know I am not the best at what I do, but I always ask The Man Upstairs to please give me favor and grace so that I can shine, and most of the time, he does [smiles]. We have been rolling together in Hollywood for 22 years and counting [knock on wood].

#7 NEVER UNDERESTIMATE ANYONE: You would be surprised how many people will mistreat you because they think you are nothing and will never be anything. When I was on “Martin”, there was this one security guard who worked for us for two years. His dream was to be an actor. Well, today, that is what he is doing for a living, and he is very famous now. When I see him out, we talk and embrace and smile. Why? Because when he was just a bodyguard I never talked down to him or mistreated him.

The actor I am speaking of is Michael Clarke Duncan [“The Green Mile,” “Daredevil,” “Armageddon”). I have similar stories about Niecy Nash (“Reno 911,” “The Inn”,” “Clean House”), Hill Harper (“CSI: New York”) and Gary Sturgis (“Diary of a Mad Black Woman,” “Daddy’s Little Girls”). Would you believe all three of these actors performed in my very first play 15 years ago? True story. Well, I see them out and we are all still on good terms because of how I treated them when they were no-name actors. You have to treat people – everybody—with respect and understanding. You may not be able to help everybody or hire everybody, but you can always treat everybody with respect because you never know [smiles]. This point [along with prayer] is the single most important thing I have learned in my twenty [22] years in Hollywood – never underestimate anybody.

LADYBRILLE.com: Thank you Mike. Ajakwe: I hope I didn’t talk too much. You know what they say – ask a writer a question get a book for an answer [smiles]. Thanks again for having me in your wonderful Magazine.

LADYBRILLE.com: It’s all amazing information. One most spend a lifetime trying to figure out so we are very grateful. Thank you for your time. 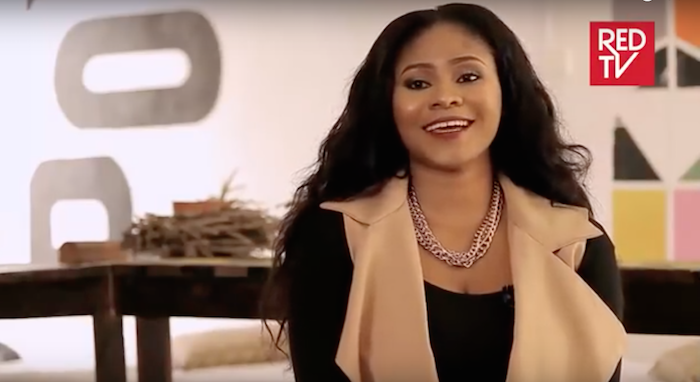 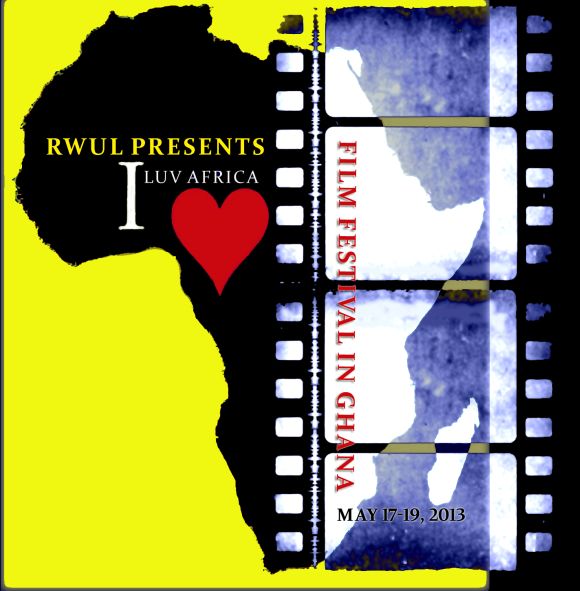