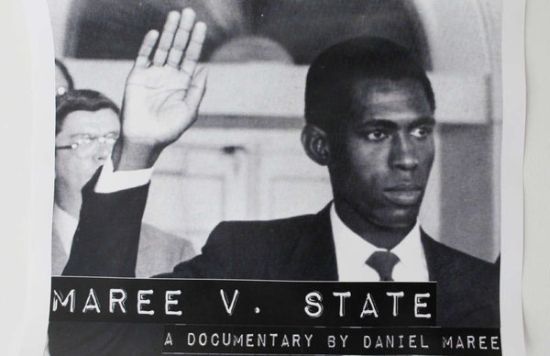 Maree, 55, is the South African-born All-American athlete, former world-record holder in the 1,500 meters, and Villanova University Economics graduate who returned to South Africa as a national hero in 1995 to participate in the country’s post-Apartheid democratic transition. He was suspended as CEO of South Africa’s National Empowerment Fund (NEF) in 2004 amid allegations that he tried to defraud the organization.

Led by a team of lawyers, consultants, academics, athletes, and artists, the Free Sydney Maree Campaign (www.freesydneymaree.com) has urged the U.S. government to intervene on Maree’s behalf.

The case is supported by the South African Constitution, which mandates due process and states that every accused person has “the right for his or her trial to begin and conclude without unreasonable delay”. Maree’s case was delayed 7 years, during which time he was held under house arrest, and his requests for appeal were denied, in opposition to his right to due process.

“The fact is there is an American citizen sitting in a South African prison because he was not afforded due process,” says Civil Rights Attorney and former Deputy Attorney General of Pennsylvania Brian K. Wiley, the campaign’s lead lawyer. “The U.S. government has an obligation to investigate the matter and ensure justice for Sydney Maree.”

“As a citizen of both the United States and South Africa, Sydney Maree’s legendary contributions to track and field and his infectious personal appeal over decades have brought together admirers of all backgrounds, ages, nationalities and political persuasions,” said Todd Bernstein, President of Global Citizen, a non-partisan organization dedicated to promoting civic engagement and responsibility. “In turn, our efforts to seek justice and his freedom merit a collective response that crosses all personal and political ideologies,” continued Bernstein, who is also the founder of the Greater Philadelphia Martin Luther King Day of Service.

“The delay in my father’s case was a deliberate attempt to cover up an illicit deal made between Sydney’s superiors (Alec Erwin and Alistair Ruiters) and Deutsche Bank,” said Daniel Maree, Sydney’s younger son who has been investigating his father’s trial for a documentary film for the better part of a decade. “Deutsche is pivotal to this case. The inappropriate relationship between Deutsche and Alec Erwin (the former Minister of Trade and Industry) is well-documented.”

“Sydney worked on several billion rand deals before joining the NEF and was never accused or implicated in fraudulent practices,” said Kate Fagan, a reporter at the Philadelphia Inquirer who has covered the story. “There’s a very big ethical distinction between transferring money to extricate the government from an illegal deal versus with the intent to steal and use the money for personal gain.”

“Sydney’s hardships are reflective of systematic power structures of inequality,” said Theresa Walton, a Professor of Sports Sociology at Kent State University who is writing a book about Maree’s career. “Whether it was when he was a victim of Apartheid, when he was not as welcome as a U.S. citizen as he might have been, or as part of an economically corrupt, new South Africa.”

“This campaign isn’t just about Sydney Maree.  Blood was shed in order to create a constitution for the new South Africa.  All of that was in vain, and the constitution itself is meaningless if the rights granted within it are not honored.”