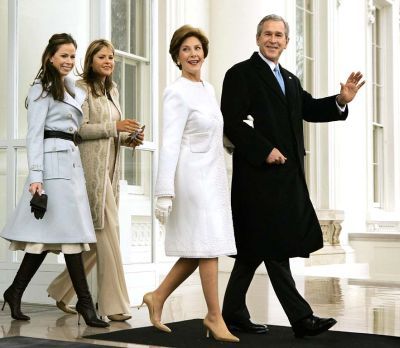 President George W. Bush recently gave his farewell speech to the nation. The reaction to his speech on social media, television and radio has been most calling him the “lame duck,” the “dumbest President ever,” etc. While President Bush absolutely gets an F for invading Iraq and leaving a gaping hole in the pocket books of most Americans, when it comes to Africa, he gets a B+ if not A-. President George W. Bush has been good to Africa and arguably, the growth and exodus of African professionals back to the continent has a lot to do with the kinds of trade policies and partnership President Bush instituted during his reign with Africa. We think great minds can agree to, objectively, give credit where credit is due. As such it is only fitting we point out his track record with respect to Africa and let it do the talking.

The list goes on and might we add that even on a domestic level, he remains the President with the most diverse cabinet, yet. He was the first President to have a Black Secretary of State, Colin Powell. He was also the first President to have a Black woman as the Secretary of State, Condoleeza Rice [First Black woman and second African American to hold the position]. His administration was filled with a very diverse staff, from the Chief White House photographer who is a Black man to the current Chef who is a minority woman, among many.

Again, while we agree that the US had no business in Iraq, it doesn’t diminish the positive and strong work this President has done for the less fortunate in a place that really matters, Africa.

Ladybrille Entrepreneurs: Should You Launch in Emerging Markets First?