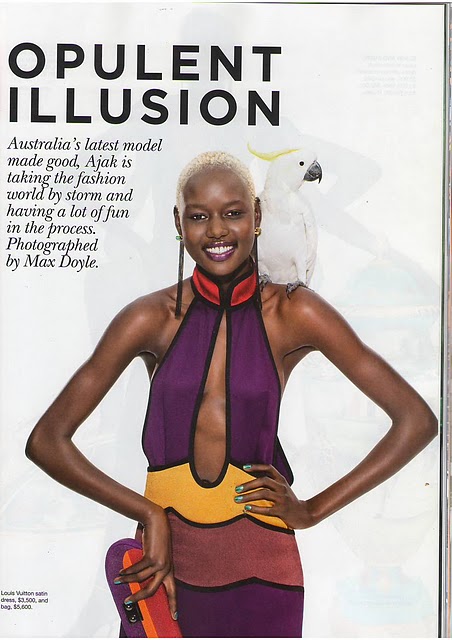 2011 is Ajak Deng’s year! At only 19, the Sudanese model made the cover of i-D magazine’s Pre-Spring 2011 Livin’ Loud issue,  featured in Vogue Italia’s, “The Black Allure” editorial in its February 2011 issue, and walked the catwalk for Lanvin, showcasing the Pre-Fall Collection (2011) in January.  What’s next?

Now she is featured in Vogue Australia’s ‘Opulent Illusion’ Editorial in its March 2011 photographed by Max Doyle.  Anyone can tell their chemistry was a match- it was fun and the beauty, effortless.

The editorial displays Ajak in amazing Louis Vuitton pieces; like the silk jumpsuit, satin dress and vibrant tops. The tassel earrings worn throughout the shoot were the only few accessories needed, making for a glam and fresh look.

There is more to come from Ajak in 2011 that the world is ready to see. 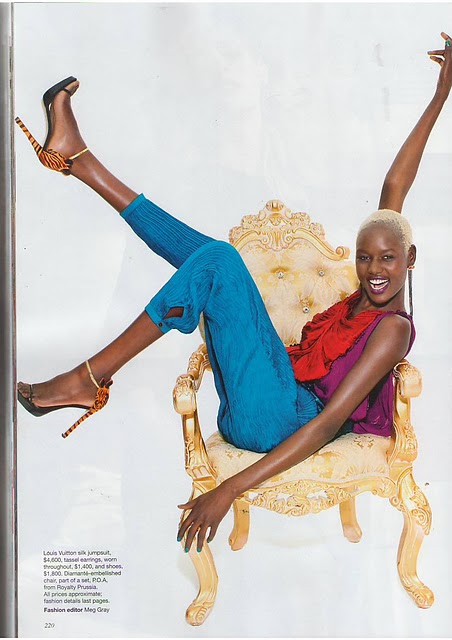 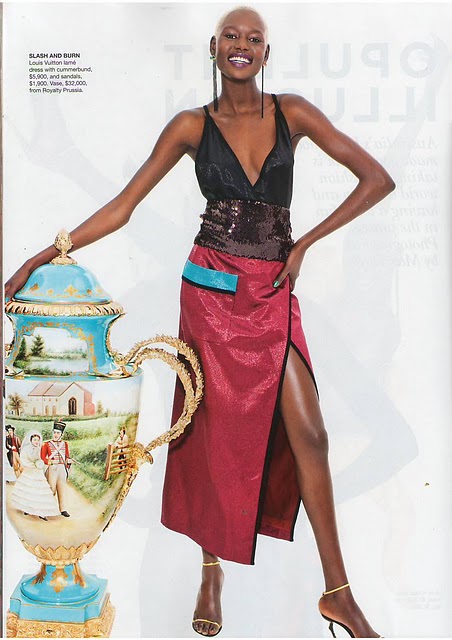 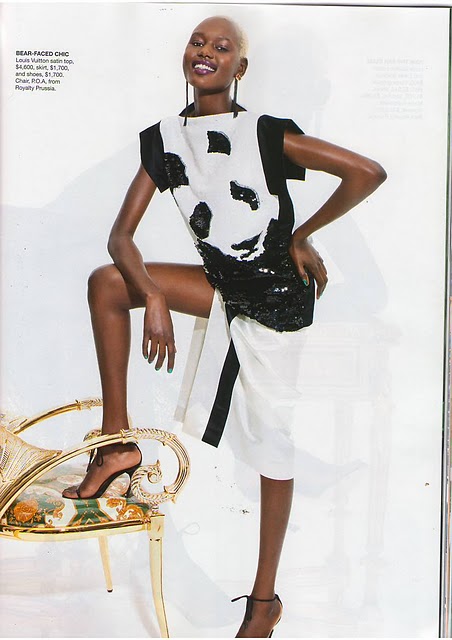 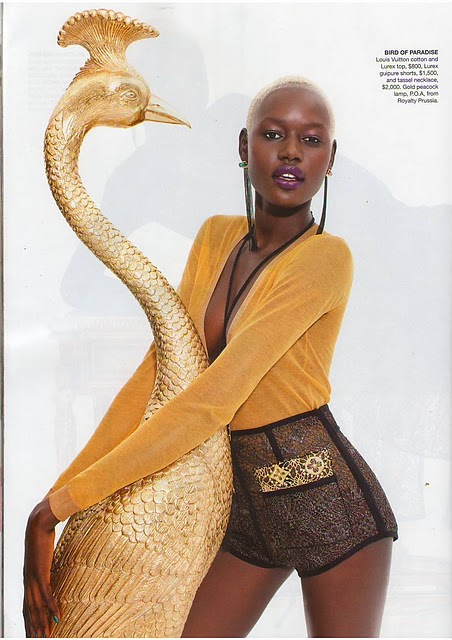 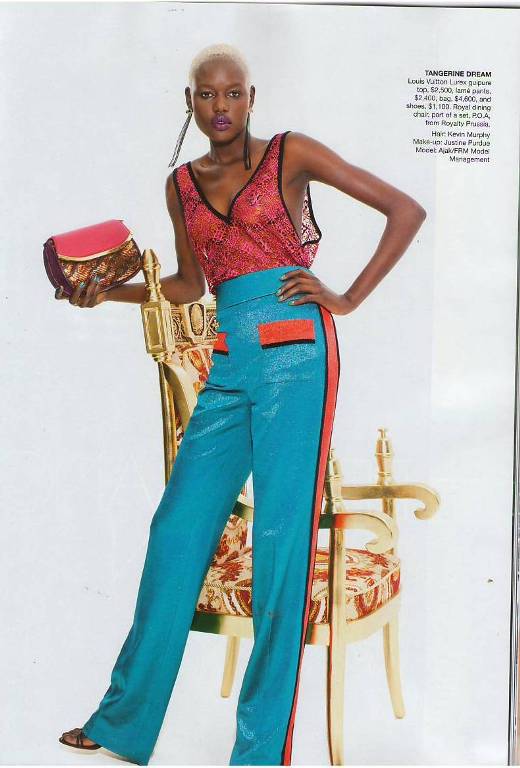