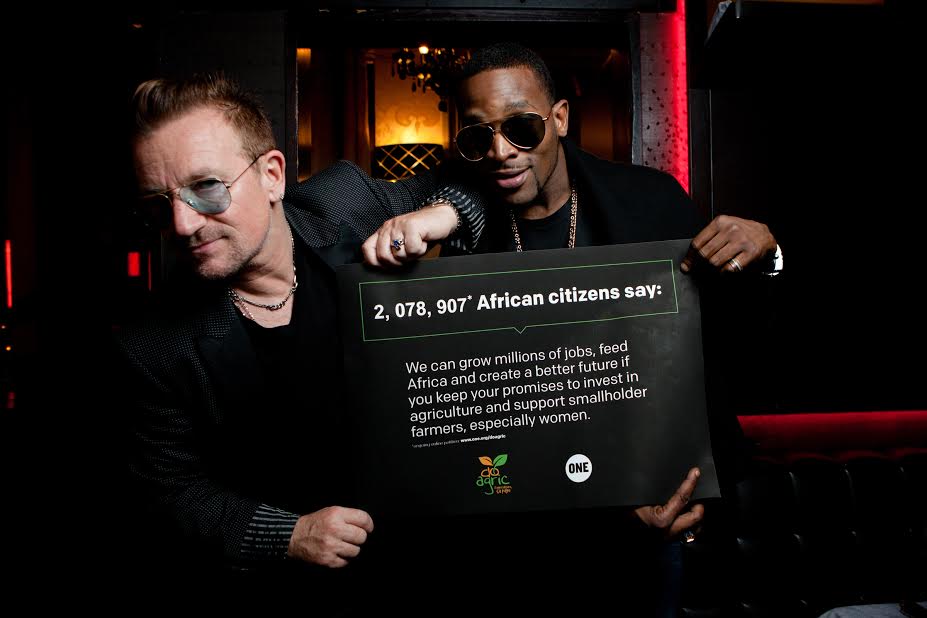 In January 2014 during the African Union Summit in Addis Ababa, D’banj helped launch the DO AGRIC Petition. A petition that calls on leaders for more and better investment in Agriculture.

D’Banj was the first to publicly sign the petition. In April, he led 19 of Africa’s top artists to record the hit song “COCOA NA CHOCOLATE” to promote the petition and help rebrand Agriculture among Africa’s youth.

Today, he announces that the campaign has been a great success as over 2 million Africans from every African country has signed the petition.

D’banj recently met with ONE co-founder Bono- he presented Bono the petition in recognition of the way he has inspired Africans themselves to lead the fight for change in Africa.