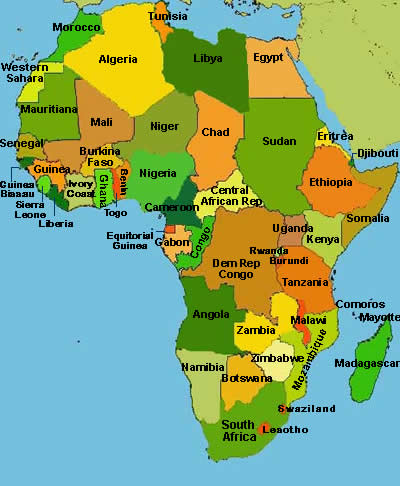 “JWT, “the largest advertising agency in the U.S. and the fourth-largest full-service network in the world,yesterday, [r]eleased its list of 80 things to watch in 2008.” Africa was #1 on their list to watch for “foreign investment and development in.” Borrowing Kelly Rowland’s line from her hit song, “bump like this,” we say, “Africa told ya’ll they were gonna bump like this, ya’ll didn’t think that they could bump like this.”

Also making the list, although not #1 but #49, is Nigeria’s Film Industry, Nollywood. Impressive, needless to say. Speaking of Nollywood, be sure to mark your calendar for April 26th, 2008 when the brightest and best in Africa’s Movie industry across the African continent and the diaspora gather for the Africa Movie Academy Awards. The event is quite monumental and historically has attracted actors such as Danny Glover, Monique and Vivica Fox, among others. Showcasing Africa’s best performances and talents, AMAA is broadcasted to more than 150 million people across the globe on major local TV channels and satellite stations like NTA, Africa Magic and Ben TV Europe. If you are interested in sponsoring/ associating your brand with AMAA, visit the site above. Meanwhile, check out the rest of the trends JWT suggests for 2008 here.